Tomislav Milićević (Serbian Cyrillic: Томислав Милићевић; born 21 September 1940) is a retired Yugoslav footballer who played as a defender. He spent 32 years as a coach in the youth school of Red Star Belgrade. [1] 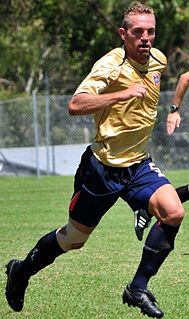 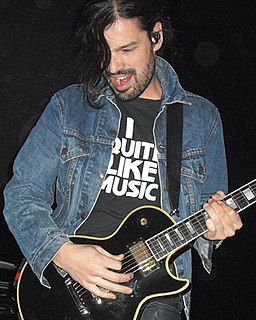 Tomislav "Tomo" Miličević is an American musician and record producer. He was the lead guitarist of the rock band Thirty Seconds to Mars from 2003 to 2018. Born in Sarajevo but raised in the United States, Miličević moved to Troy, Michigan in the early 1980s, where he became active in the local heavy metal scene and played in a number of bands, co-founding Morphic. In 2003, he joined Thirty Seconds to Mars, with whom he achieved worldwide recognition in the mid-2000s after recording the band's second album A Beautiful Lie (2005). Its full-length follow-ups, This Is War (2009) and Love, Lust, Faith and Dreams (2013), received further critical and commercial success.

Stojan Čupić was a Serbian revolutionary general (vojvoda), one of the most important commanders of the First Serbian Uprising. He was active in the Mačva region.

10241 Miličević, provisional designation 1999 AU6, is a carbonaceous Themistian asteroid from the outer regions of the asteroid belt, approximately 11 kilometers (6.8 miles) in diameter. It was discovered on 9 January 1999, by Croatian astronomer Korado Korlević at the Višnjan Observatory in Croatia. The C-type asteroid has a short rotation period of 3.87 hours and was named after hermit and amateur astronomer Don Nikola Miličević.

Paskoje Miličević Mihov was a Croatian local builder. With the Andrijić brothers, he was active in drawing plans for the urban development of the Republic of Ragusa in the midst of the turbulent 15th- and 16th-century. While Michelozzo and Juraj Dalmatinac worked on the fortifications of the Walls of Dubrovnik and Walls of Ston and on sea walls in the Dubrovnik harbours, Miličević was designing plans of the Dubrovnik Dominican Monastery and a mint in Dubrovnik. 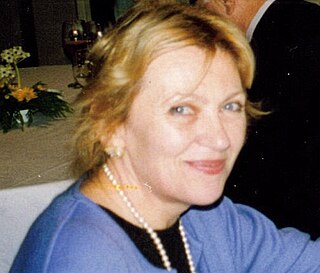 Ksenia Milicevic is a French painter, architect and town planner. She is based in Paris, with a studio in Bateau-Lavoir in Montmartre and also maintains a base in South West France.

Danijel Milićević is a Bosnian professional footballer who plays as an attacking midfielder for Belgian First Division A club Eupen.

Začarani krug is the sixteenth studio album by pop-folk singer Lepa Brena. It was released in presale on 20 July 2011 and for regular sale on 20 August 2011 through the record label Grand Production. The record was primarily produced by Željko Joksimović, Kiki Lesendrić, Atelje Trag, Nikša Bratoš and Dejan Abadić. 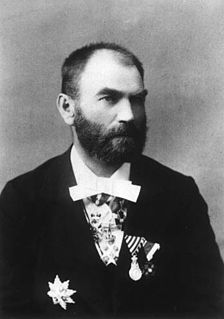 Milan Đakov Milićević was a Serbian writer, biographer, publicist, ethnologist and one of the founders of the Association of Writers of Serbia. 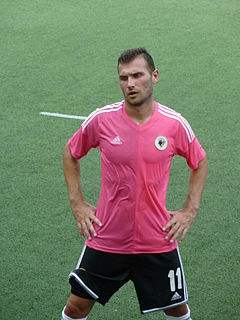 Ivan Miličević is a Croatian football forward, who is currently playing for DJK Vilzing in Germany.

Hrvoje Miličević is a Croatian professional footballer who plays as a defender for Bosnian Premier League club Sarajevo.

Pavle Matejić, known as Paulj, was a Serbian Revolutionary that participated in the First Serbian Uprising (1804–13). Starting out as a captain under the command of Petar Dobrnjac, Paulj was elevated to vojvoda (general) in the Gornja Mlava region upon showing his courage. He took part in the successful campaigns in the eastern parts of the Belgrade Pashaluk, and the campaign to take Niš (1809). 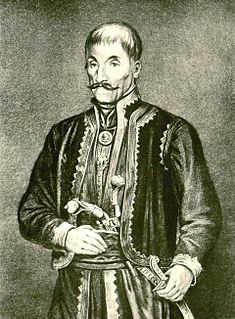 Luka Lazarević, known as Pop-Luka (Поп-Лука), was a Serbian Orthodox priest and vojvoda (commander) that participated in the First Serbian Uprising (1804–13) of the Serbian Revolution against the Ottoman Empire. Ordained as a priest at a relatively young age, Lazarević was described as a lively, gun-wearing horseman who joined the Serbian rebels in their fight against the renegade Janissaries (Dahije) to avenge his cousin. He quickly showed prowess and by the time the uprising against the Ottomans had begun he was chosen as the commander of a unit in western Serbia. Participating in all notable battles in that region, the Ottoman suppression forced him and other leaders to flee the country. He returned to Serbia in 1832 after many years in Russia, and worked for the Serbian government in his late years.

Dejan Milićević is a Serbian football midfielder who plays for TSC Bačka Topola. 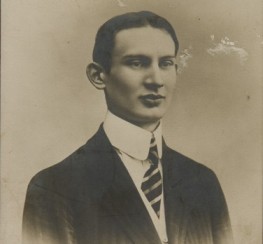 Veljko M. Milićević was a Serbian writer, translator, publicist and journalist. He is considered "the first authentic narrator of a modern formal stylistic and thematic orientation in Serbian literature at the beginning of the twentieth century." A short story (pripovetke) writer, Veljko Miličević wrote under a French pseudonym L'homme qui rit. During the 1990s his works became popular again.

Stevan Magazinović was a Serbian politician and judge. He was minister and representative of the Prince Miloš Obrenović, at a time when Serbia was an autonomous province within the Ottoman Empire.