Ružić has also acquired Turkish citizenship and played as a domestic player in Turkish League. [2]

Tomislav was the first King of Croatia. He became Duke of Croatia in c. 910, was elevated to kingship by 925 and reigned until 928. At the time of his rule, Croatia forged an alliance with the Byzantines during their struggle with the Bulgarian Empire, with whom Croatia eventually went to war, culminating in the decisive Battle of the Bosnian Highlands in 926. To the north there were often conflicts with the Principality of Hungary. Croatia kept its borders and to some extent expanded on the disintegrated Pannonian Duchy.

Tomislav Ivković is a Croatian football manager and former player who is the manager of Prva HNL club Inter Zaprešić. 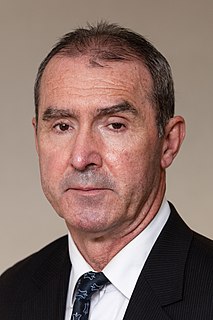 Tomislav Sunić, sometimes known as Tom Sunic, is a Croatian-American translator, far-right activist and a former professor. His views are often cited as part of the European New Right. The Southern Poverty Law Center describes Sunić as a white nationalist.

Tomislav Labudović is a Croatian football player who plays for NK Gorica in Croatia.

Ružić may refer to:

Barbara Jelić-Ružić is a former international volleyball player for Croatia.

Tomislav Glumac is a Croatian footballer who currently plays as a defender for Turkish club Ümraniyespor.

Tomislav Kiš is a Croatian football forward who plays for Seongnam FC on loan from Žalgiris.

Tomislav Zubčić is a Croatian professional basketball player, who lastly played for Enisey of the VTB United League. Standing at 2.11 m, he can play as a power forward or center.

Gaziantep Basketbol is a professional basketball team based in the city of Gaziantep in Turkey that plays in the Turkish Basketball Super League. Their home arena is the Karataş Şahinbey Sport Hall with a capacity of 6,400 seats.

Tomislav Šarić is a Croatian footballer who plays as a midfielder for Latvian club FK RFS.

Branko Ružić was a prominent Croatian painter, sculptor and professor at the Academy of Fine Arts, Zagreb.

Tomislav Gomelt is a Croatian professional footballer who plays as a midfielder for Italian Serie A club Crotone.