Tomm Kristiansen (born 22 January 1950) is a Norwegian author and journalist, [1] known for his work as foreign news correspondent for the Norwegian Broadcasting Corporation (NRK). Amongst Norwegians he is known as "the voice from Africa",[ citation needed ] through his job as news correspondent, based in Harare 1990-94 and Cape Town 2002-06. He has been host of numerous radio- and TV-programs in Norway.

After two years as adviser to Salva Kiir, the president of South Sudan, Kristiansen was Communications Officer for ACT Alliance by World Council of Churches in Geneva 2006-08 .

Kristiansen has openly criticized the United Nations system for being inefficient in the South-Sudan conflict. He has introduced "constructive journalism" as a tool for changing journalist's work in a solutionoriented direction.

The Cape to Cairo Railway was a project to create a railway line crossing Africa from south to north, it would have been the largest and most important railway of that continent. It was planned as a link between Cape Town in South Africa and Port Said in Egypt.

George Lowther Steer was a South African-born British journalist, author and war correspondent who reported on wars preceding World War II, especially the Second Italo-Abyssinian War and the Spanish Civil War. During those wars he was employed by The Times, and his eye-witness reports did much to alert western nations of war crimes committed by the Italians in Ethiopia and by the Germans in Spain, although little was done to prevent them by the League of Nations. He returned to Ethiopia after the world war started and helped the campaign defeat the Italians and restore Hailie Selassie to the throne.

Nima Elbagir is a Sudanese journalist and an award-winning international television correspondent.

Hugh Riminton is an Australian foreign correspondent, journalist and television news presenter. He is currently a senior reporter of 10 News First. He previously co-anchored Ten Eyewitness News with Sandra Sully until February 2017.

David McGuffin is a broadcast journalist, podcast host and producer who reports on Canada for National Public Radio. Prior his return home to Ottawa, he was a Supervising Editor with National Public Radio in Washington, DC on its flagship news and current affairs program, Morning Edition. In 2010 he helped launch Voice of America's South Sudan radio service, as its Managing Editor. From 2004 until 2010, he was the Africa Correspondent for the Canadian Broadcasting Corporation, reporting for its television, radio and digital news services. From his base in Nairobi, Kenya, he re-asserted CBC's presence on the continent, regularly reporting from conflict zones in Darfur, Congo, Somalia and Afghanistan. He also covered a wide range of social, economic, and cultural issues affecting Africa, travelling from Timbuktu to Mogadishu, Khartoum to Cape Town. In his work, he covered Nelson Mandela's final international tour as South African President, interviewed Nobel Peace Prize Winner Desmond Tutu, as well as rebel leaders, sports stars, Grammy award winning artists and indicted war criminals. The CBC closed the Africa bureau in April 2012 after the federal government chopped $115 million from its Parliamentary grant.

Dele Olojede is a Nigerian journalist and former foreign editor for Newsday. He is a winner of the Pulitzer Prize for his work covering the aftermath of the Rwandan genocide. He serves on the board of EARTH University, in Costa Rica, and of The Markup, the New York-based investigative journalism organization focused on the impact of large tech platforms and their potential for human manipulation. He is the founder and host of Africa In the World, a hearts and minds festival held annually in Stellenbosch, in the Cape winelands of South Africa. He was a patron of the Etisalat Prize for Literature. 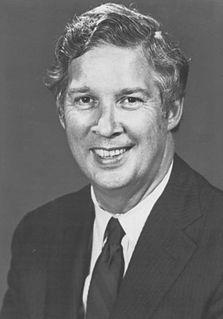 R. John Hughes is an American journalist, a former Nieman Fellow at Harvard University, and winner of the Pulitzer Prize for his coverage of Indonesia and the Overseas Press Club Award for an investigation into the international narcotics traffic. He served as editor of The Christian Science Monitor and The Deseret News and is a former president of the American Society of Newspaper Editors. Hughes has written two books and writes a nationally syndicated column for The Christian Science Monitor.

Jonah Fisher is a correspondent for BBC News and its first resident correspondent for Myanmar. Jonah Fisher is an experienced BBC correspondent and during an eventful 10 years working for the BBC has been based in Eritrea, Sudan, London, South Africa, Nigeria and most recently, Thailand. He has worked on many features for the BBC including: interviewing Buddhist monk Wirathu and members of Burma's Muslim community who have been caught up in clashes with Buddhist nationalists in 2013, accompanying Greenpeace tracking whales hunted by the Japanese whaling fleet; and violence against journalists by Sudanese security forces outside Khartoum, Sudan where he was attacked. From 2012 to 2014, Fisher was the BBC's correspondent in Bangkok where he covered anti-government protesters in Bangkok as demonstrators try to unseat the Thai Prime Minister Yingluck Shinawatra.

Martin Welz is a South African journalist and the editor of Noseweek magazine. He is best known for his investigative work on controversial issues including government and corporate corruption.

Paul Leslie Moorcraft is the Director of the Centre for Foreign Policy Analysis in London and a visiting professor at Cardiff University's School of Journalism, Media and Cultural Studies.

Martin Seemungal is a journalist and foreign correspondent who has reported for the ABC News, CBS News, CBC National News, and PBS.

David Ross St John Beresford was a South African journalist who was a long-time correspondent for The Guardian newspaper. Posted to Belfast at the height of the Troubles, he was the author of Ten Men Dead (1987), a book about the 1981 Irish hunger strike in Maze prison in Northern Ireland, which has been called one of the best books ever written about the Troubles. He was later The Guardian's correspondent in Johannesburg, where he became noted for his coverage of the end of apartheid, breaking the news of some of the most significant events and scandals in the 1980s and '90s. Beresford was among the most prominent figures in South African journalism, and played a significant role in rescuing The Mail & Guardian in the early '90s.

Alistair Edward Julian Bunkall is a British journalist, currently working as Defence Correspondent for Sky News, the 24-hour television news service operated by Sky UK. He has occupied this position since October 2011 and reported from many conflicts around the world including Afghanistan, Yemen and the Islamic State insurgency in Iraq.

Sam Kiley is a Senior International Correspondent at CNN. Prior to CNN, he was the Foreign Affairs Editor of Sky News. He is a journalist with over twenty years' experience, based at different times of his career in London, Los Angeles, Nairobi, Johannesburg and Jerusalem. He has written for The Times, The Observer, The Sunday Times and Mail on Sunday newspapers, The Spectator and New Statesman weekly political news magazines, and reported for BBC Two, Sky One, Channel 4, and lately, Sky News.

Alastair Malcolm Leithead is an English journalist working as a foreign correspondent for the BBC. Leithead was based in Nairobi from 2015 to 2019. He works across all BBC News outlets.