Tommaso Amantini (9 March 1625 – 1675) was an Italian sculptor and painter of the Baroque period. He was born in Urbania in the Marche region, and died in Rome. [1] He studied with Bartoccini in Urbania, where he worked on maiolica. He then went to Borgo San Sepolcro to work with Federico Gioia In Rome he was part of the circle working for Bernini. He created some of the sculptures for the oratory of Saint Catherine in Urbania. [2]

Donato Bramante, born as Donato di Pascuccio d'Antonio and also known as Bramante Lazzari, was an Italian architect. He introduced Renaissance architecture to Milan and the High Renaissance style to Rome, where his plan for St. Peter's Basilica formed the basis of design executed by Michelangelo. His Tempietto marked the beginning of the High Renaissance in Rome (1502) when Pope Julius II appointed him to build a sanctuary over the spot where Peter was buried.

Katarina is a fictional character played by Adrienne Hill in the long-running British science fiction television series Doctor Who. She is a companion of the First Doctor. 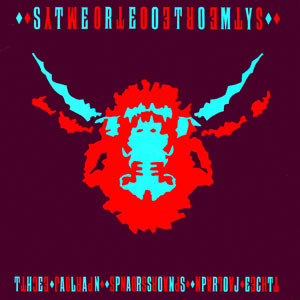 Stereotomy is the ninth studio album by The Alan Parsons Project, released in 1985.

Santo Spirito or Spirito Santo may refer to:

Urbania is a comune (municipality) in the Province of Pesaro e Urbino in the Italian region of Marche, located about 80 kilometres (50 mi) west of Ancona and about 40 kilometres (25 mi) southwest of Pesaro, next to the river Metauro.

Urbania is a 2000 independent drama film based on the play Urban Folk Tales. It was nominated for the Grand Jury Prize at the 2000 Sundance Film Festival, then played the Toronto International Film Festival, the Seattle Film Festival, and a number of LGBT film festivals, winning a total of 6 "Best Film" awards. It was released by Lionsgate and was named "One of the Year's Best Films" in over 35 publications including the Los Angeles Times, Time Out, the Chicago Tribune, and the San Francisco Chronicle.

Santa Chiara is Italian for Saint Clare, and may refer to:

Santa Caterina may refer to:

Francesco Vitelli (1586–1646) was a Roman Catholic ecclesiastic in the papal service.

Giovanni Tani JCL is the current archbishop of Urbino-Urbania-Sant'Angelo in Vado since his appointment was announced on 24 June 2011. He had previously served as rector of the Pontifical Roman Seminary.

Luzio Dolci or Lucio Dolce was a late 16th-century Italian painter active in Castel Durante in the Province of Pesaro and Urbino in the Region of the Marche.

Antonio Piolanti was an Italian Roman Catholic priest and a Thomist theologian and dogmatist. He was from 1957 to 1969 Rector of the Pontifical Lateran University.

Maurizio Sparagnini was an Italian painter active in a late-Baroque style, active in the Marche.

Giorgio Picchi il Giovane was an Italian painter active in Rome, Cremona, Rimini, Urbino, and Urbania. He was either a pupil or follower of Federico Barocci.

Giusto or Giustino Episcopio known as il Salvolini, was an Italian painter of history and sacred subjects, active in Rome and Urbania. He was born in Castel Durante, now called Urbania in the region of the Marche, and left many paintings in the churches there.

Adoration of the Shepherds is the title of a lost drawing by Raphael, described in a letter of 8 September 1508, from Raphael to his friend Francesco Raibolini alias Francesco Francia. This letter's contents were first published in 1678, in Carlo Cesare Malvasia's book Felsina Pittrice. Malvasia gave a full account of the letter, which he claimed to have found among the papers of Count Antonio Lambertini in Bologna. While the existence and contents of the letter are disputed, according to Malvasia it described the delivery of a drawing of the Adoration of the Shepherds to Francesco Francia. This drawing has been considered lost or never to have existed,.

Joseph Urbania was a 20th Century Slovene Sculptor, who lived and worked in Austria for much of his life. His media was large-scale wood, stone, bronze and plaster religious sculptures for European cathedrals.

Ascanio Maffei was a Roman Catholic prelate who served as Archbishop of Urbino (1646–1659).