Tommaso Minardi (December 4, 1787 – January 12, 1871) was an Italian painter and author on art theory, active in Faenza, Rome, Perugia, and other towns. He painted in styles that transitioned from Neoclassicism to Romanticism.

Minardi was born in Faenza, Italy to father Carlo, a pharmacist [1] and mother, Rosa Stanghellini of Marradi. He initially had some instruction in Faenza with Giuseppe Zauli. Zauli and a local erudite writer, Dionigi Strocchi, helped him obtain from 1803 to 1810 a scholarship from a religious fraternity of Faenza, called the Congregation of San Gregorio. Strocchi wrote him letters of introduction in Rome to Prince Chigi. [2] In 1810, he won a competition and a stipend from the Accademia di Belle Arti di Bologna. In Rome, his detailed engravings of masterworks, such as one of Michelangelo's Last Judgement , brought him praise. He briefly spent time with the engraver Longhi in Milan, then returned to Rome. There he briefly joined the studio of Vincenzo Camuccini, a premier Neoclassic artist in Rome. Minardi became one of the leaders of a movement known as Purismo, who assembled in Rome between about 1810 and 1815.

In 1819 he moved to Perugia, to join the Accademia di Belle Arti de Perugia as the professor of drawing and was soon promoted to director. A post to which he was recommended by Antonio Canova. [3] His skill as a draughtsman gained him the appointment in 1822 as professor of drawing at the Accademia di San Luca in Rome, replacing the recently deceased Luigi Agricola. He was to remain in Rome for thirty years in this position. In Rome, he accumulated a number of honors, and was named knight and Commendatore of the Ordine Piano, and gran commendatore of the Corona d'Italia. He was named inspector of public pictures, and to a number of commissions relating to art, as well as other art societies, including the Virtuosi of the Pantheon. He was named honorary member of a number of Art Academies across Europe.

It is no surprise that his skill in drawing attracted him to the Nazarene movement and followers of Ingres, who resided in Rome from 1834 to 1841. Over time, Minardi increasingly turned to religious themes in his paintings. Minardi and colleagues, Friedrich Overbeck, Pietro Tenerani, and Antonio Bianchini published a treatise on art titled ‘’Del purismo nelle arti of 1843’’. [4]

He painted an Apparition of the Virgin to St Stanislao Kostka (1824) for the chamber in which the Saint died; in the Jesuit Novitiate at Sant'Andrea al Quirinale. He also painted a Madonna del Rosario, 1840, now at the Galleria nazionale d'arte moderna in Rome. He also painted a remarkable portrait of himself as an asthenic artist in a squalid studio (1813, now in the Uffizi, Florence). [5] He painted a mural depicting Propagation of Faith for the throne room of the Palazzo Quirinale. Minardi left behind a trove of drawings and designs.

Purismo was an Italian cultural movement which began in the 1820s. The group intended to restore and preserve language through the study of medieval authors, and such study extended to the visual arts.

Antonio Cavallucci was an Italian painter of the late Baroque.

Paolo Mei was an Italian painter active in Rome.

Annibale Angelini was an Italian painter and scenographer. 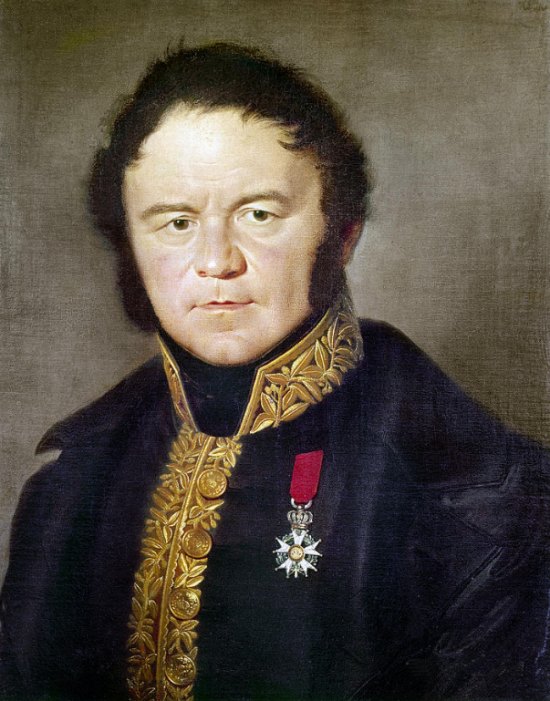 Carlo Labruzzo (1748–1817) was an Italian painter, primarily of landscapes who was born in Rome.

Giovanni Piancastelli was an Italian painter and architect.

Domenico Bruschi was an Italian painter and educator. Bruschi also designed tapestries, Renaissance revival wooden furniture, sculptures in stucco and stained glass windows. Bruschi served as the chair of Ornamentor at the Institute of Fine Arts in Rome, was made an official Academician of the Accademia di San Luca, and named Commandatore for his excellence in painting.

Count Lemmo Cesare Rossi-Scotti was an Italian painter, mainly of battle scenes, in a late-Romantic style.

Giuseppe Zauli was an Italian painter and engraver.

Nicola Consoni (1814–1884) was an Italian painter, mainly of sacred and historic subjects.

Luigi Gregori (1819–1896) was an Italian artist who worked at the Vatican and served as artist in residence and professor at the University of Notre Dame.

The Accademia di Belle Arti di Perugia is a private tertiary academy of art in Perugia, in Umbria in central Italy. It is not one of the 20 official Italian state academies of fine art, but is legally recognised by the Ministero dell'Istruzione, dell'Università e della Ricerca, the Italian ministry of education and research, which gives its full name as Accademia di Belle Arti Legalmente Riconosciuta di Perugia "Pietro Vannucci". The academy became an autonomous degree-awarding institution under law no. 508 dated 21 December 1999.

Francesco Saverio Moretti was an Italian painter active in the Marche region.

Antonio Puccinelli was an Italian painter; one of the group known as the "Macchiaioli".