Tommie (Tommy) Camilla Stephens Barfield (1888 – 1949) was instrumental in the education system of Collier County, Florida, as its first School Superintendent. [1] [2] [3] [4] Tommie Barfield Elementary School, at which her Great Floridian plaque is located, [5] was named for her. [6] Tommie moved to Marco Island in 1901 with her family and married James Madison Barfield in 1906. [7] In 1910, she turned her home into a hotel and began to make and sell jellies and candies to her guests. [8] 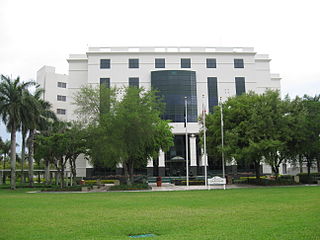 Collier County is a county in the U.S. state of Florida. As of the 2010 census, the population was 321,520. Its county seat is East Naples, where the county offices were moved from Everglades City in 1962.

Marco is a small sea island, or barrier island, on the Gulf Coast of the United States. Located 20 miles south of Naples in Collier County, Florida, it is the largest of the Ten Thousand Islands. Marco is primarily a year-round beach and boating resort island. It is home to the JW Marriott Marco Island Beach Resort and Hilton Marco Island Resort, a golf club, a yacht club, parks, and nature areas. The six miles of uncrowded beaches on Marco Island are among the widest in Florida and feature bright white, sugar sand and bountiful shelling opportunities. There are two public beaches, a private beach complex for residents, and offshore island beaches, such as Keewaydin Island. It is close to the shopping and restaurants of Naples, while preserving a secluded, island atmosphere with limited traffic. With over 100 miles of canals, Marco Island is a boater's paradise. 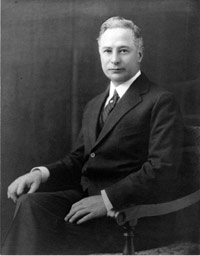 Barron Gift Collier was an American advertising entrepreneur who became the largest landowner and developer in the U.S. state of Florida, as well as the owner of a chain of hotels, bus lines, several banks, and newspapers, and of a telephone company and a steamship line. 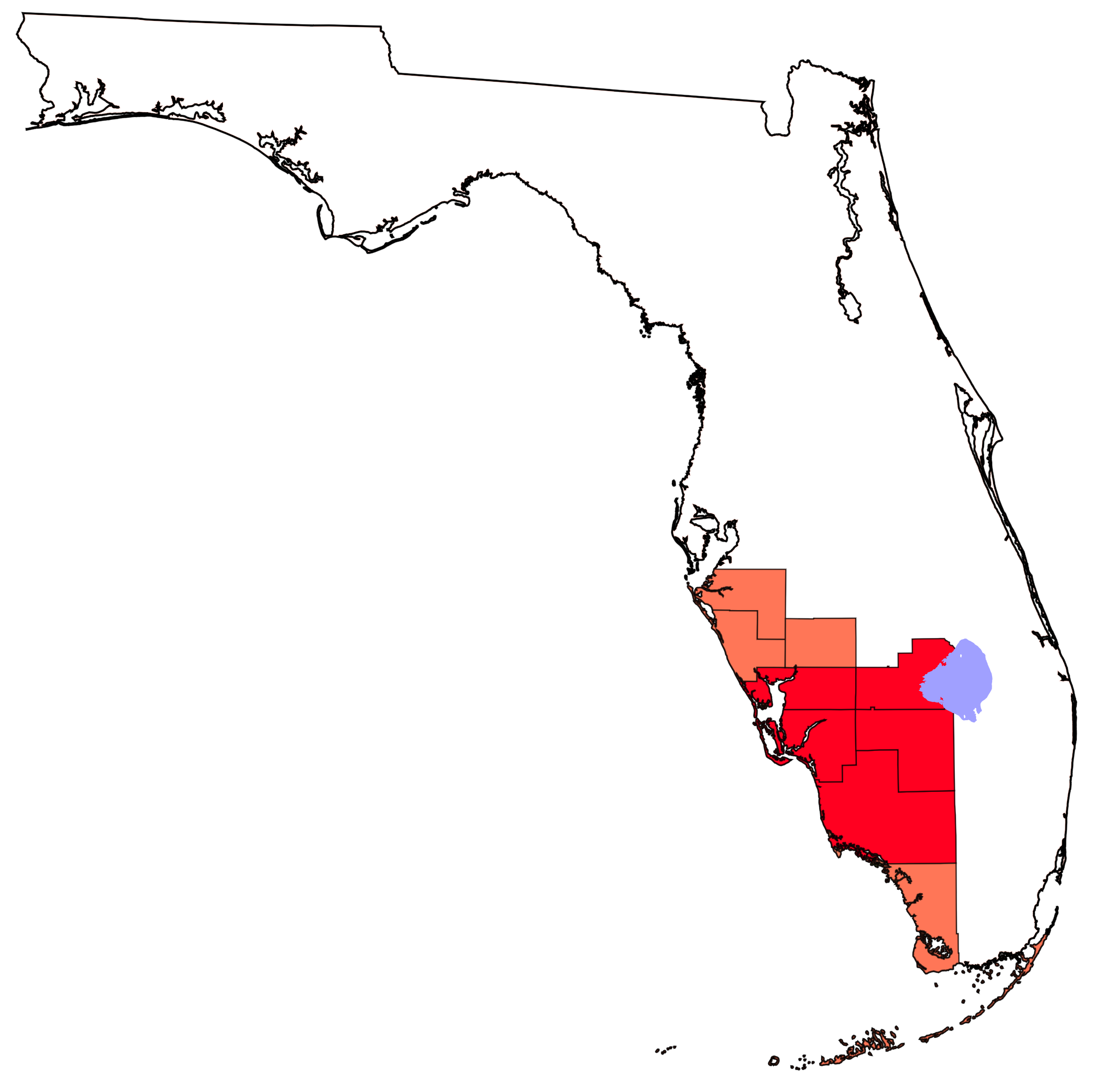 Southwest Florida is the region along the southwest Gulf coast of the U.S. state of Florida. The area is known for its beaches, subtropical landscape, and winter resort economy. 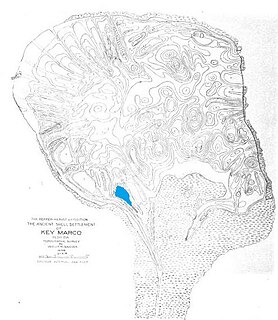 Key Marco was an archaeological site (8CR48) consisting of a large shell works island next to Marco Island, Florida. A small pond on Key Marco, now known as the "Court of the Pile Dwellers" (8CR49), was excavated in 1896 by the Smithsonian Institution's Pepper-Hearst Expedition, led by Frank Hamilton Cushing. Cushing recovered more than 1,000 wooden artifacts from the pond, the largest number of wooden artifacts from any prehistoric archaeological site in the eastern United States. These artifacts are described as some of the finest prehistoric Native American art in North America. The Key Marco materials are principally divided between the University of Pennsylvania Museum of Archaeology and Anthropology, University of Pennsylvania; the Department of Anthropology, National Museum of Natural History, Smithsonian Institution; and the Florida Museum of Natural History, University of Florida. The original pond was completely excavated and refilled. It is now covered by a housing subdivision. Excavations of small parts of the site were also conducted in 1965 and 1995.

Copeland is an unincorporated community located in eastern Collier County, Florida, United States. It lies at the junction of State Road 29 and Janes Memorial Scenic Drive. Copeland lies along the western border of the Big Cypress National Preserve, and wedged beside the Fakahatchee Strand Preserve State Park to the east. The hamlet of Jerome is a few miles to the north, while Carnestown lies a few miles to the south at the intersection of State Road 29 and U.S. Route 41.

Lassie Moore Goodbread was an American farmer and educator who, in 1925, became the first woman to enroll at the University of Florida in the College of Agriculture. In 2000, Goodbread was named a Great Floridian by the State of Florida.

May Austin Elizabeth Mann Jennings was one of Florida's most powerful and influential women. She was a leader of organizations, both civic and philanthropic, and founder of the League of Women Voters of Florida. Her father, Austin Mann, was a state senator and later, when he ran for and was elected state representative she worked as his assistant. She was the First Lady of Florida as wife of Florida Governor William Sherman Jennings and is credited with having advanced his political career significantly through relationships gained while working for her father and through her many activities.

Bert Fish was an American lawyer, judge, philanthropist, and ambassador.

Tommie is a masculine given name of English origin, occasionally a nickname or shortened form of Thomas, and is sometimes used as a feminine form of Thomas. Notable people with the name include:

Harriet Bedell was an Episcopal deaconess and missionary to the Cheyenne in Oklahoma, Alaska Natives, and the Seminole of Florida. She is remembered on the calendar of saints of the Episcopal Church in the United States of America with a minor feast day on January 8. 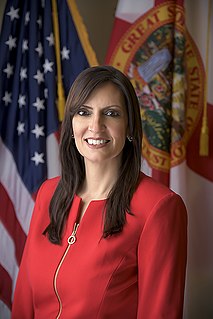 Jeanette Marie Nuñez is an American businesswoman and politician serving as the 20th and current lieutenant governor of Florida since 2019. A member of the Republican Party, she represented Miami-Dade County in the Florida House of Representatives from 2010 to 2018, also serving as speaker pro tempore for her final two years in office.

John Milton Hawks was an abolitionist, surgeon and organizer for the assistance of freed blacks and black soldiers during the U.S. Civil War as well as a businessman and Florida settler in Volusia County. During Reconstruction he was secretary of the board of registration for Volusia County. He was also clerk of the Florida House of Representatives from 1868 to 1870. A plaque in his honor is located at the Edgewater City Hall at 104 North Riverside Drive in Edgewater, Florida. Hawks wrote The East Coast of Florida: A Descriptive Narrative, published in 1887 by L.J. Sweett and/ or Lewis & Winsship He is listed as a Great Floridian. His wife, Esther Jane (Hill) Hawks(1833 - 1906), was also a doctor and helped educate black soldiers and their families. She was an 1857 graduate of the New England Female Medical College.

Louise Kelley Frisbie (1913–1989) was a newspaper columnist, author, historian and educator. She was born in Jacksonville, Florida in 1913 and moved to Bartow, Florida in 1935 after graduating from Florida Southern College. She worked at Summerlin Institute for three years before joining the Polk County Democrat, where her husband worked.

Harvey Eugene Oyer III is an American author and attorney from West Palm Beach, Florida. Best known for his award-winning children's book series "The Adventures of Charlie Pierce", he was named Florida Distinguished Author in 2013

Charlotte E. Maguire was the first woman doctor in Orlando, Florida, and opened the first pediatric practice run by a woman in Orlando in 1946. She was one of the founders of the University of Florida College of Medicine as well as the Florida State University College of Medicine. Maguire was denoted as a “Great Floridian” in a 2013 ceremony and was inducted into the Florida Women's Hall of Fame posthumously in 2015. 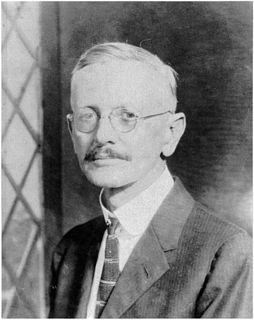 Charles William "Charlie" Pierce was one of South Florida's most important pioneer citizens. Arriving in 1872, Pierce was a community leader in banking, seamanship, the postal service, and author of the sentinel book on early South Florida life. 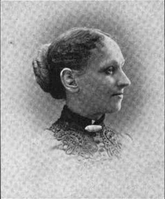 Ella Eaton Kellogg was an American pioneer in dietetics who taught and wrote on the subject. She was educated in Alfred University ; and the American School Household Economics (1909). In 1875, Kellogg visited the Battle Creek Sanitarium, became interested in the subjects of sanitation and hygiene, and a year later enrolled in the Sanitarium School of Hygiene. Later on, she joined the editorial staff of Good Health magazine, and in 1879, married Dr. John Harvey Kellogg, superintendent of the Battle Creek Sanitarium.

Fay Biles is an American academic and college sports coach. She was the first woman to serve in a vice presidency role at an Ohio university. As a head coach of the field hockey and lacrosse teams, she logged more victories than any other coach in Kent State University history. She was inducted into the Ohio Women's Hall of Fame in 1986.