Tommy Allott (born 17 May 1908) [1] was a motorcycle speedway rider who rode from the sport's earliest days in Britain until the 1950s.

Allott was born in Denby Dale in 1908. [1] [2] He rode for Barnsley in 1929, joining Sheffield in 1931 and then the West Ham Hammers in 1932, but retired after being seriously injured in a crash while racing that year at West Ham. [3] [4] With a metal plate in his left arm, he made a comeback in 1935, riding as a reserve for the Belle Vue Aces, also riding that season in the Provincial League for Bristol and Nottingham. [2] [4] Struggling to regain his confidence, in 1938 he moved on to the Norwich Stars before joining Sheffield Tigers the following year. [2] During World War II, Allott worked for Rolls Royce. [3] When speedway returned after World War II, Rolls Royce gave him leave of absence to compete again in speedway and he rejoined Sheffield, his racing making him one of the top riders in the Northern League, including a run of 27 consecutive heat wins. [2] [3] In 1946 he reached the final of the British Riders' Championship. [5] 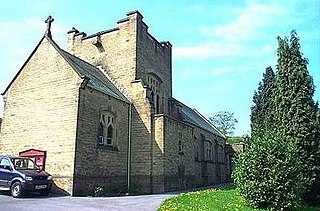 Denby Dale is a village and civil parish in the metropolitan borough of Kirklees in West Yorkshire, England, to the south east of Huddersfield. The civil parish covers the villages of Denby Dale, Lower Denby, Upper Denby, Upper Cumberworth, Lower Cumberworth, Skelmanthorpe, Emley, Emley Moor. The parish had a population of 14,982 according to the 2001 census, increasing to 16,365 at the 2011 Census. The parish council gives the electorate of the village itself as 2,143. The River Dearne runs through the village; in the floods of 2007 it burst its banks on two separate occasions and caused damage to Springfield Mill.

Barnsley were a British speedway team from Barnsley, England, that competed in the English Dirt Track League in the inaugural season of British Speedway in 1929.

The Sheffield 'Window Centre' Tigers are a speedway team based in Sheffield, England. They currently race in the British SGB Championship and their home meetings take place at Owlerton Stadium which is the fastest track in British speedway and traditionally hold their race nights on Thursdays between March and October. The Tigers are sponsored by the Sheffield Window Centre, promoted by Damien Bates, Peter Mole and Julie Reading.

He stayed at Sheffield until 1949, joining Edinburgh Monarchs in 1950, but transferring back to Sheffield later that year. He moved to the Liverpool Chads for his final three seasons before retiring in 1953. 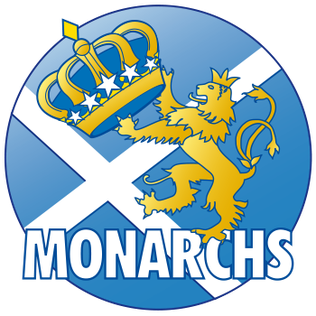 The Edinburgh Monarchs are a Scottish Speedway team, currently based in Armadale. They compete in the SGB Championship, racing on Friday nights during the Speedway season. The club is run by a Board of Directors, chaired by Alex Harkess.

Allott rode in several international matches, representing the Provincial League against Australia in 1937, England against the Dominion in 1938, and for Britain against the Overseas in 1950 and 1951. [4]

Alec Statham was a Speedway rider who won the London Riders' Championship in 1949 whilst with the Wimbledon Dons, and also represented England many times. 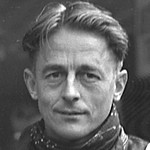 Aubrey "Aub" Lawson was an Australian international speedway rider who featured in ten World Championship finals including the 1939 final which was never run due to the outbreak of World War II.

Odsal Boomerangs were a motorcycle speedway team based at Odsal in Bradford from 1945 to 1949. The team later become the Odsal Tudors.

John Patrick 'Joe' Abbott was an international motorcycle speedway rider who rode in the World Championship final in 1937.

Arthur Atkinson was a former international motorcycle speedway rider and promoter who appeared in the first Speedway World Championship final in 1936.

Frank Lawrence was a British motorcycle speedway rider who rode for New Cross in the post-World War II period.

Cyril Frederick "Squib" Burton was a motorcycle speedway rider who was one of the sport's early stars, becoming a leading rider for the Leicester Stadium team and for Rochdale, and going on to represent England.

Malcolm Craven was a British motorcycle speedway rider who rode before and after World War II.

Colin Watson was one of the most successful British motorcycle speedway riders from the sport's early years in the late 1920s and 1930s.

George Wilks was a British motorcycle speedway rider who rode for Harringay and Wembley, and also rode in test matches for England.

Phil Bishop was a motorcycle speedway rider who began racing in 1929, finally retiring from racing in 1963. Known as the 'King of Crash', Bishop survived many crashes whilst racing, but died in a road accident in 1970.

Roland (Rol) Stobbart, was an international speedway rider and promoter who started his career with the Leeds Lions team in 1931.

Walter (Wally) Lloyd was a motorcycle speedway rider who rode in the earliest days of the sport in Britain.

Glyn Clifford Taylor is an Australian former motorcycle speedway rider, who went on to a career building and curating speedway tracks, tuning engines, and in speedway promotion and team management.