Artiom "Tommy" Arshansky (Hebrew : ארטיום "טומי" ארשנסקי‎; born 26 September 1991) is an Israeli judoka. [1] He competes in the extra lightweight (under 60 kg) weight category. [2] He represented Israel at the 2012 Summer Olympics [2] and won a bronze medal at the 2013 European Judo Championships

Arshansky was born in Moscow [2] and after his family made aliyah lived in Tirat Carmel, Haifa and Kiryat Yam.

Arash Miresmaeili is an Iranian judoka. He now serves as the President of the Iranian Judo Federation.

Ariel "Arik" Ze'evi is a retired Israeli judoka, widely recognized as the country's most prominent judoka during his career.

Israel competed at the 1992 Summer Olympics in Barcelona, Spain. 30 competitors, 25 men and 5 women, took part in 42 events in 10 sports. Israel won its first ever Olympic medals at these Games. The first medallist in Israel's history was Yael Arad, who won silver on July 30 in judo's under-61 kg category for women, and she was followed a day later by another judoka, Oren Smadja, who won bronze in men's under-71 kg category.

Shay-Oren Smadja is a former Israeli judoka and a judo coach. Smadja won the Olympic bronze medal in judo at the 1992 Summer Olympics, making him the first Israeli man to win an Olympic medal, and the second Israeli overall after Yael Arad won silver in judo the day before.

Daniela Yael Krukower is a former judoka from Argentina. 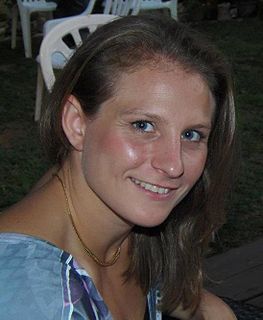 Alice Schlesinger is an Israeli-British retired judoka and sambo competitor. Born in Israel, she competed for that country until 2014, but following a dispute with the national federation she has started competing for Great Britain, of whom she is a citizen through her English-born mother.

Felipe Kitadai is a judoka from Brazil. He won a bronze medal at the 2012 Olympics and a gold at the 2011 Pan American Games. He also won gold medals six consecutive times in the Pan American Games Judo Championships: at 2011 Guadalaraja, 2012 Montreal, 2013 San José, 2014 Guayaquil, 2015 Edmonton and 2016 Havana.

Iosef "Soso" Palelashvili is an Israeli judoka. He competes in the Lightweight weight category.

Javad Mahjoub is an Iranian judoka.

Adam Okruashvili is a Georgian judoka.

Hamed Malekmohammadi Memar is an Iranian former judoka, who played for both the lightweight and half-middleweight categories. He won the silver medal for the men's 81 kg class at the 2008 Asian Judo Championships in Jeju City, South Korea, losing out to South Korea's Kim Jae-Bum.

Sagi Aharon Muki is an Israeli half-middleweight judoka. Muki is the 2019 World Champion. He also won the 2015 and 2018 European championships. 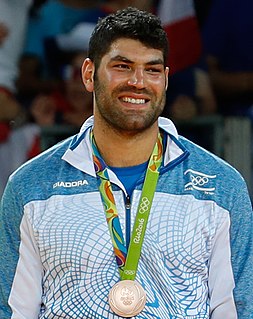 Roy Meyer is a Dutch judoka.

Saeid Mollaei is an Iranian-born Mongolian judoka Olympian and 2018 world champion. Iranian authorities ordered Mollaei to intentionally lose in the semi-final at the Tokyo 2019 World Championships, so as to avoid a potential match in the finals against Israeli 2019 world champion Sagi Muki. In reaction, saying he was afraid to return to Iran after exposing and criticizing its pressure on him to deliberately lose in the World Championships, in August 2019 he moved to Europe with a two-year visa from Germany, and in December 2019, he became a citizen of Mongolia.

Moshe Ponte is an Israeli former Olympic judoka. He is the President of the Israel Judo Association.