Tommy Bryceland (1 March 1939 – 22 January 2016) was a Scottish football player and manager. [2] [3] He played for St Mirren, Norwich City and Oldham Athletic and then returned to St Mirren for a stint as player-manager.

A scheming inside-forward (attacking midfielder), Bryceland made his name at St Mirren where he won the Scottish Cup in 1959. He moved to Norwich City in 1962 and played 284 times for the Canaries, scoring 55 goals, between 1962 and 1969. [4] His exploits won him a place as one of the fan nominees in the inaugural Norwich City Hall of Fame.

Bryceland's time at Norwich coincided with the club's stay in the second division, notably finishing 6th in 1965. He moved to Oldham Athletic in 1969, before returning to St Mirren as player-manager in 1971. His final scoring tally for St Mirren was 69 goals and he was inducted to the club's Hall of Fame in May 2007.

Paul Lambert is a Scottish professional football manager and former player, who is the manager of Ipswich Town. 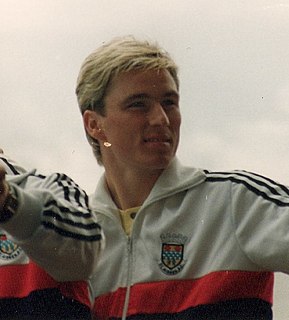 Simon Lappin is a Scottish professional footballer who plays as a defender or a winger for Wroxham. 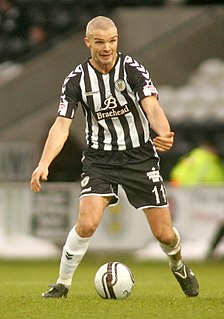 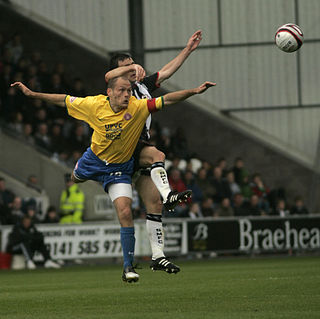 Alexander Francis Neil is a Scottish professional football manager and former player who played as a midfielder. He is the manager of Championship club Preston North End.

Liam Mark Kelly is a professional footballer who plays as a midfielder for EFL Championship club Coventry City.

David Wilson was a Scottish professional footballer who played as a wing half. He started his career in the Scottish Football League and went on to play 475 matches in the Football League before retiring at the age of 40. He appeared in one international match for Scotland in 1913. After retiring, he became manager of Nelson and Exeter City.

Kenneth McLean is a Scottish professional footballer who plays as a central midfielder or left midfielder for Championship club Norwich City.

The 2014–15 season is the club's second season in the Scottish Premiership and their ninth consecutive appearance in the top flight of Scottish football. St Mirren will also compete in the League Cup and the Scottish Cup.

Lee Harry Erwin is a Scottish professional footballer, who plays for St Mirren as a striker. He is a Scottish youth international, having played at the under-17, under-18 and under-19 levels.