Caldwell composed several of their songs and played bass, percussion, guitar, as well as contributing backup vocals, though he sang lead on "Melody Ann" the only song on which he performed lead vocals. His last performance with the band was on April 18, 1980, ten days before his fatal accident. The performance is captured on the 2006 release, Live on Long Island . Caldwell was known for playing a white 1970s Fender Precision Bass with a Dimarzio Split Coil Pickup. A mix of finger style and picked bass as well as his use of tube amplifiers contributed to Caldwell's signature sound. 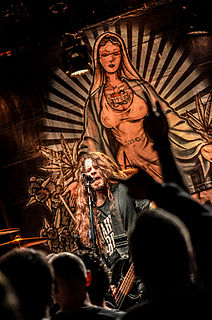 Snot is an American nu metal band from Santa Barbara, California. Formed in 1995, the band released their only studio album Get Some with founding vocalist Lynn Strait in 1997 and disbanded after his death in 1998. In 2008, the lineup of lead guitarist Mikey Doling, rhythm guitarist Sonny Mayo, bassist John Fahnestock and drummer Jamie Miller reunited. In 2009, a new band, Tons, was formed, with Brandon Espinoza as vocalist. As of February 2014, Snot has reformed again. 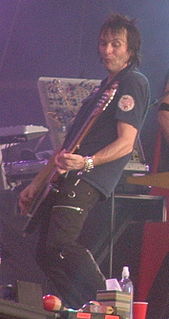 Douglas Alan Yule is an American musician and singer, most notable for being a member of the Velvet Underground from 1968 to 1973.

The Tennessee Three was the backing band for singer Johnny Cash for nearly 25 years; he was known especially for his country/rockabilly style, although he won awards in numerous categories. In 1980, he reorganized the group, expanding it and naming it The Great Eighties Eight. The band provided the unique backing that would come to be recognized by fans as "the Johnny Cash sound." 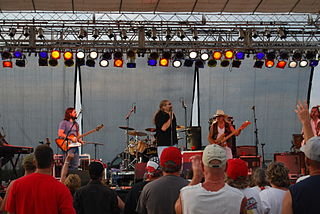 The Marshall Tucker Band is an American rock band from Spartanburg, South Carolina. Noted for incorporating blues, country, jazz, into eclectic sound, the Marshall Tucker Band helped establish the Southern rock genre in the early 1970s. While the band had reached the height of its commercial success by the end of the decade, it has recorded and performed continuously under various lineups for 45 years. Lead vocalist Doug Gray remains the only original member still active with the band. 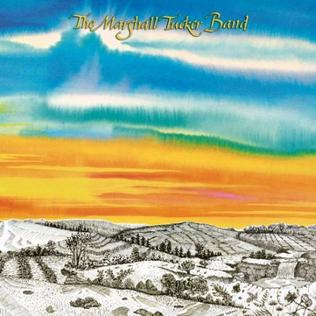 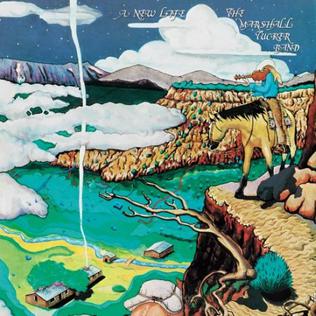 A New Life is the second album by The Marshall Tucker Band. It was recorded in Macon, Georgia at Capricorn Studios. Guest musicians include Charlie Daniels and Jaimoe from The Allman Brothers Band. 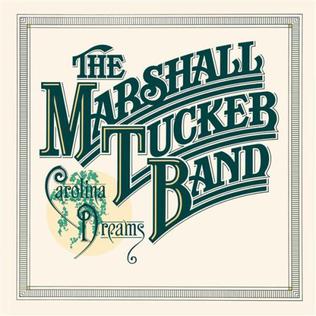 Carolina Dreams, released in 1977, was The Marshall Tucker Band's sixth album and an ode to the band's home state, South Carolina, USA. Focusing on Western themes, it spawned their biggest hit to date, "Heard It In a Love Song", which rose to #14 on the Billboard Hot 100, taking the album with it to #22 and #23 on the Country and Pop charts, respectively. They toured early that year to promote the album. A bonus live version of "Silverado" appears on the 2005 reissue which was recorded the year after the death of bassist and founding member, Tommy Caldwell. 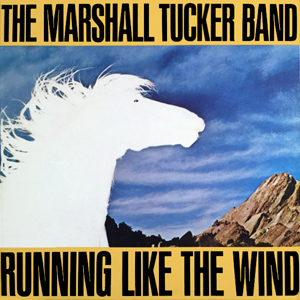 Running Like the Wind is The Marshall Tucker Band's ninth studio album with its title track, "Running Like the Wind," being one of the band's most popular songs. The more jazzy "Last of the Singing Cowboys" was the single from the album, reaching #42 on the US Billboard Hot 100. It is their first album recorded for Warner Bros. after the collapse of Capricorn Records. 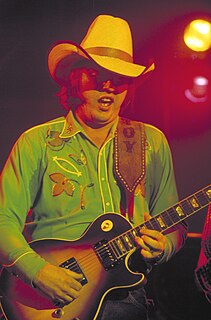 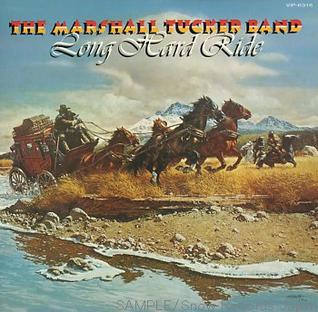 Long Hard Ride is the fifth studio album by The Marshall Tucker Band, released in 1976 and produced by Paul Hornsby. Guest performers included Charlie Daniels, John McEuen and Jerome Joseph. The title track was made into a short film that was played as a sort of movie trailer. It depicts the members of the band as a gang of cowboys. The album's cover features Frank C. McCarthy's painting "The Last Crossing". 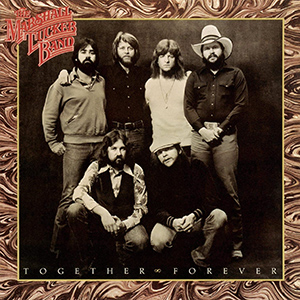 Together Forever was the Marshall Tucker Band's seventh studio album. It was produced by Stewart Levine, founder of CHISA records. This was the band's last album produced for Capricorn Records. The name of the album reflects the Platonic love of the members towards one another. 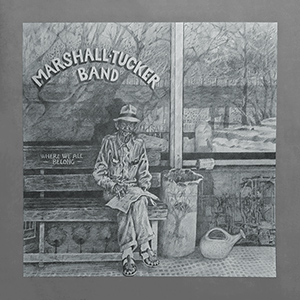 Where We All Belong is the third album by The Marshall Tucker Band. It is a double album; disc one is a studio album and disc two is a live album, featuring extensive jamming by the band and guest fiddle player, Charlie Daniels, on "24 Hours at a Time". Album two was recorded live at the Performing Arts Center in Milwaukee, Wisconsin on July 31, 1974. A printing error in the liner notes states Toy Caldwell credited as playing lead guitar and vocals on "Can't You See." "Can't You See" was actually recorded at this show, but would be retained for release on the band's following album, Searchin' for a Rainbow, in 1975. Album one was recorded in 1974 in Macon, Georgia at Capricorn Studios. 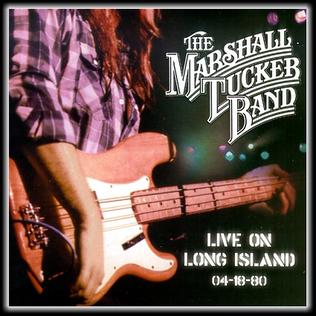 Live on Long Island 04-18-80 is a 2-CD set recorded by The Marshall Tucker Band at Nassau Coliseum and is the final recording of bassist and founding member Tommy Caldwell, occurring just ten days before his death in an automobile accident. Tommy Caldwell is pictured on the album cover. This is the first CD to feature a complete concert recording from the original band. However, the album wasn't released until 26 years later. The band was touring in support of their album Tenth at the time of this recording and features the songs "It Takes Time" and "Cattle Drive" from that release as well as classics such as "Heard It in a Love Song", "Searchin' for a Rainbow" and "Can't You See".

The Pagans were an American punk rock band from Cleveland, Ohio, United States, that was originally active from 1977 to 1979. They reformed several times, from 1982-1983, from 1986-1989 and again in 2014-2017. Along with fellow Cleveland band The Dead Boys, the Pagans were part of the first wave of American punk music, and were also part of the second wave of Cleveland proto-punk and post-punk bands such as Pere Ubu. 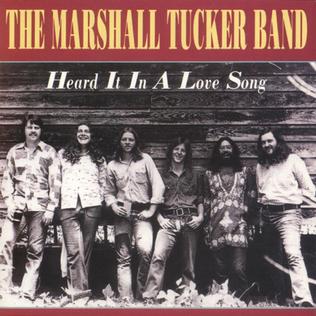 "Heard It in a Love Song" is a song by The Marshall Tucker Band, written by Toy Caldwell off their 1977 album Carolina Dreams. It features the distinctive flute-playing of Jerry Eubanks. 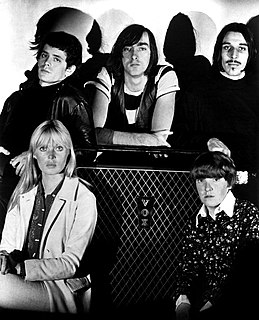 The Velvet Underground was an American rock band formed in New York City in 1964 by singer/guitarist Lou Reed, multi-instrumentalist John Cale, guitarist Sterling Morrison, and drummer Angus MacLise. MacLise was replaced by Moe Tucker in 1965, who played on most of the band's recordings. The band performed under a number of names before settling on The Velvet Underground in 1965. Pop artist Andy Warhol became their manager in 1966, and they served as the house band at Warhol's art collective known as "the Factory" and Warhol's traveling multimedia show, the Exploding Plastic Inevitable, from 1966 to 1967. Their debut album, The Velvet Underground & Nico, was released in 1967 to critical indifference and poor sales but has since become critically acclaimed; in 2003, Rolling Stone called it the "most prophetic rock album ever made."

Doug Gray is an American singer, who is a founding member and lead vocalist of The Marshall Tucker Band.