He was born in Morgan County, Georgia, the son of a sharecropper and the youngest of seven children. The family later moved to Jacksonville, Florida, where he learned slide guitar and later steel guitar. He performed with the Westernaires as steel guitarist, and in the early 1950s, after moving to Gainesville, joined country band Smilin' Jack Herring and his Swingbillys. The band's other members were Herring, Pee Wee Jenkins, and Bob Chisolm. [1] [2]

While playing with the Swingbillys, Durden began writing the lyrics for "Heartbreak Hotel", inspired by a Miami Herald story about a man who committed suicide, leaving a note that read "I walk a lonely street". He took the half-written lyrics to his friends and occasional songwriting partners Mae Boren Axton - who worked as a part-time disc jockey and publicist for Colonel Tom Parker's client Hank Snow - and Glenn Reeves. While Reeves thought the idea of the "lonely street" leading to a "heartbreak hotel" was not worthy of a song and turned down the offer of a co-writing credit, Axton composed a tune, and recorded an initial version with Durden. Another account from a radio-station owner has it that Durden had written the song in its entirety months previous and had already been performing it onstage. In any case, the song was recorded as a demo by Reeves who had a better singing voice. Axton had promised to write a song for Elvis Presley and presented Presley with the demo at a 1955 disc jockey convention in Nashville. Presley liked the song, and he and Parker, his manager, agreed that he should record it so long as he was given a co-writing credit, which Axton and Durden accepted. "Heartbreak Hotel" eventually became Presley's first record on RCA Records and his first number one hit. [1] [3] [4]

Although Durden continued to write songs with Axton and Reeves, including "Honey Bop" which was recorded by Wanda Jackson in 1960, none had anything approaching the success of "Heartbreak Hotel". [3] By 1958, he had set up a song poem business in Dayton, Ohio, setting submitted lyrics to music for a fee. [5] He later performed as steel guitarist for Tex Ritter, Johnny Cash and Johnny Tillotson. He moved to live in Houghton Lake, Michigan, and worked as a commercial dishwasher repairman until retiring in the early 1980s. [2] [6] In later years he recorded two albums, Moods, which included a version of "Heartbreak Hotel," and I Believe. He was inducted into the Michigan Country Music Hall of Fame in 1994. [1] [4] 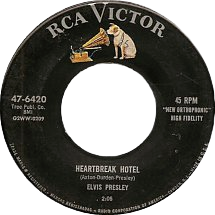 Hoyt Wayne Axton was an American folk music singer-songwriter, guitarist, and a film and television actor. He became prominent in the early 1960s, establishing himself on the West Coast as a folk singer with an earthy style and powerful voice. As he matured, some of his songwriting became well known throughout the world. Among them were "Joy to the World", "The Pusher", "No No Song", "Greenback Dollar", "Della and the Dealer", and "Never Been to Spain".

"I Want You, I Need You, I Love You" is a song written by Maurice Mysels and Ira Kosloff, and produced by Steve Sholes. It is best known for being Elvis Presley's seventh single release on the RCA Victor label. It was released in May 1956, becoming Presley's second number 1 single on the country music charts, and peaking at number 3 on the US Billboard Top 100 chart, an earlier version of the U.S. Billboard Hot 100. Before the creation of the Billboard Hot 100 chart in 1958, there were a number of charts including Jukebox plays, Store charts, and Airplay charts; the song reached number 1 on the Billboard Top Sellers in Stores chart.

Blues for Elvis - King Does the King's Things is the fifth studio album by Albert King. The songs in this album are versions of songs previously recorded by Elvis Presley. On the album sleeve there is a review by Albert Goldman, Music Critic of LIFE Magazine, who says, among other things "For the first time on record, the King of Blues is meeting the King of Rock." and "...you're gonna love every minute of this musical feast fit for kings.". 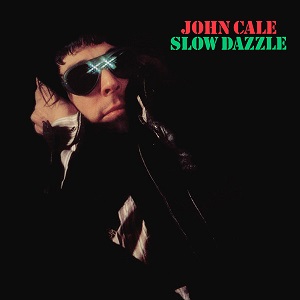 Chaos and Creation at Abbey Road, recorded on 28 July 2005, was a live concert given by Paul McCartney at Abbey Road Studios, specifically Studio 2, where many of The Beatles' recordings were made. 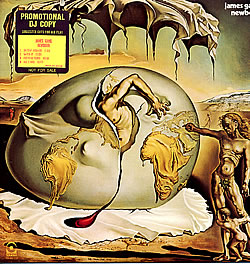 Newborn is the eighth studio album by James Gang, released in 1975, and the only released on Atlantic Records.

Everything! is a compilation album by post-punk band Tones on Tail, released in 1998 as a double CD. 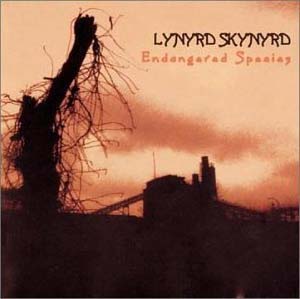 Endangered Species is the eighth album by the Southern rock band Lynyrd Skynyrd. It was released in 1994, and features mostly acoustic instrumentation, as well as Ronnie Van Zant's younger brother, Johnny, as lead vocalist. Many of the songs are Skynyrd's most known songs, with new material released alongside. This is the last album to feature guitarist Ed King and the only one to feature guitarist Mike Estes. 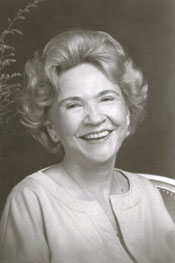 Docabilly is an album by American folk music artist Doc Watson, released in 1995.

Heartbreak is the 14th album by Scottish folk musician Bert Jansch, released in 1982. 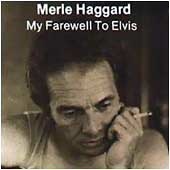 My Farewell to Elvis is the 27th studio album by American country singer Merle Haggard, released in 1977 and his second release for MCA Records. It reached Number 6 on the Country album chart. The single "From Graceland to the Promised Land" reached number 4 on the Billboard Country Singles chart. The album is a tribute to the music of the late Elvis Presley, who died on August 16, 1977. He is backed by Roy Nichols, Ronnie Reno, and Mark Yeary of The Strangers. 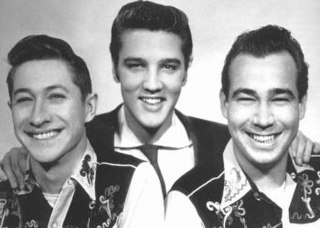 The Blue Moon Boys were a band formed by Elvis Presley, guitarist Scotty Moore and bassist Bill Black. The group members were introduced by Sun Studio owner Sam Phillips in 1954, except for D.J. Fontana, who joined the group during a Louisiana Hayride tour in 1955. The Blue Moon Boys were inducted into the Musicians Hall of Fame and Museum in 2007.

Say Goodnight to the World is a solo album by the American singer and songwriter Dax Riggs, released in 2010.

"If Every Day Was Like Christmas" is a song written in 1965 by Red West and popularized by his friend and employer Elvis Presley in 1966 when he recorded and released it as a single. Presley released it again in 1970 on his Camden Elvis' Christmas Album.

My Happiness is a studio album by French singer Amanda Lear, released on March 17, 2014 by the independent label Boomlover. The album is a tribute to Elvis Presley. 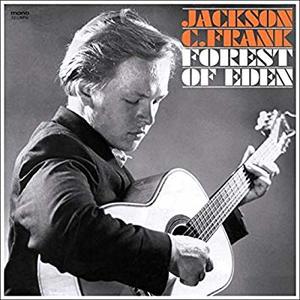 Forest Of Eden is a 2013 compilation album featuring unreleased and demo versions of songs by American folk singer Jackson C. Frank. It was released as a 10-inch vinyl that was packaged with a CD version of the same content. The title track is previously unreleased while "I Want To Be Alone" and "Here Come The Blues" were demo recordings for his 1965 self-titled album. Also featured are two Elvis Presley covers Frank recorded in the mid-1950s.

Glenn Reeves was an American rockabilly singer-songwriter and radio deejay. He released eight singles in his recording career, but is best-remembered for his demo of the song "Heartbreak Hotel" which later became Elvis Presley's first number one hit.