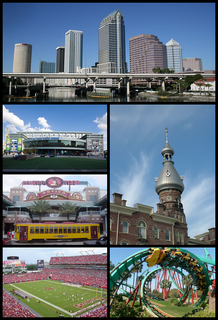 Tampa is a major city in, and the county seat of, Hillsborough County, Florida, United States. It is on the west coast of Florida on Tampa Bay, near the Gulf of Mexico, and is the largest city in the Tampa Bay Area. The bay's port is the largest in the state, near downtown's Channel District. Bayshore Boulevard runs along the bay, and is east of the historic Hyde Park neighborhood.

Gómez, known as "Tampa Tommy" also "Terrible Tom the Tampa Thumper", turned pro in 1939. Although Gómez never fought for a major title, he fought several notable fighters of his era, including Jersey Joe Walcott. He was often ducked by many of the heavyweight contenders of his time due to his fierce power. Gómez was a feared knockout artist, and was named to the Ring Magazine list of the 100 greatest punchers of all time. After 86 professional fights, Gómez retired in 1950 with a career boxing record of 75-9-2 (65 KOs). He was inducted into the Florida Boxing Hall of Fame June 27, 2010. 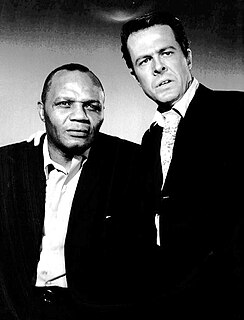 Outside of the Ring

Gómez was a World War II Purple Heart veteran who was wounded 16 times in Germany. He returned and resumed his boxing career with shrapnel still lodged in his arms and back. He was a mentor to the Police Athletic League program in Tampa and maintained an active interest in boxing throughout his life. For many years he had his own line of cigars, "Tommy Gomez Champs", manufactured in Ybor City. He was also an artist and music lover. He died April 27, 2006 in a hospital in Austell, Georgia after a brief illness. He was buried in Tampa, Florida, on Tuesday, May 2.

The Purple Heart is a United States military decoration awarded in the name of the president to those wounded or killed while serving, on or after April 5, 1917, with the U.S. military. With its forerunner, the Badge of Military Merit, which took the form of a heart made of purple cloth, the Purple Heart is the oldest military award still given to U.S. military members – the only earlier award being the obsolete Fidelity Medallion. The National Purple Heart Hall of Honor is located in New Windsor, New York. 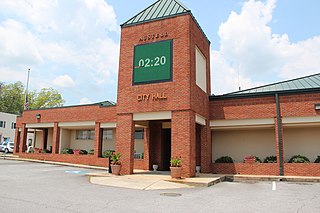 Austell is a city in Cobb County in the U.S. state of Georgia. It is part of the Atlanta metropolitan area. As of the 2010 census, the city had a population of 6,581. 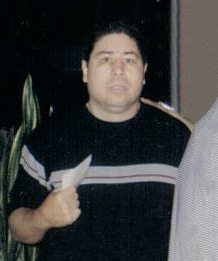 Thomas "Tommy" Hearns is an American former professional boxer who competed from 1977 to 2006. Nicknamed the "Motor City Cobra", and more famously "The Hitman", Hearns' tall, slender build and oversized arms and shoulders allowed him to move up over fifty pounds in his career and become the first boxer in history to win world titles in five weight divisions: welterweight, light middleweight, middleweight, light heavyweight and super middleweight.

Rocco Francis Marchegiano, best known as Rocky Marciano, was an American professional boxer who competed from 1947 to 1955, and held the world heavyweight title from 1952 to 1956. He is the only Heavyweight champion to have retired undefeated as champion. His six title defenses were against Jersey Joe Walcott, Roland La Starza, Ezzard Charles (twice), Don Cockell and Archie Moore.

Ezzard Mack Charles, known as the Cincinnati Cobra was an American professional boxer and World Heavyweight Champion. Known for his slick defense and precision, he is considered one of the greatest fighters of all time by boxing critics. Charles defeated numerous Hall of Fame fighters in three different weight classes. He retired with a record of 95 wins, 15 losses and 1 draw. 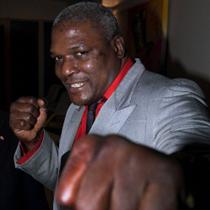 Trevor Berbick was a Jamaican Canadian professional boxer who competed from 1976 to 2000. He won the WBC heavyweight title in 1986 by defeating Pinklon Thomas, then lost it in his first defense in the same year to Mike Tyson. Berbick was also the last boxer to fight Muhammad Ali, defeating him in 1981. 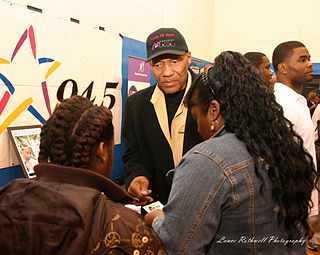 Pinklon Thomas is an American former professional boxer who competed from 1978 to 1993. He held the WBC heavyweight title from 1984 to 1986, and was the first IBO heavyweight champion, holding the title from 1992 to 1993. Thomas' distinguishing characteristics were his pink boxing trunks and a powerful left jab. 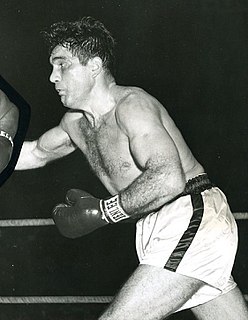 Giuseppe Antonio Berardinelli was an American professional boxer. He was a World Light Heavyweight Champion. He took the ring-name Joey Maxim from the Maxim gun, the world's first self-acting machine gun, based on his ability to rapidly throw a large number of left jabs.

Elmer "Kid Violent" Ray was an American heavyweight boxer who fought from 1926 to 1949. He was born in Federal Point, Florida. Ray was known as a hard puncher and had a career record of 86 -13-1. Ray never fought for the title, but did fight future heavyweight champions Ezzard Charles and Jersey Joe Walcott. In three fights with Walcott, Ray suffered a three round knockout on September 25, 1937, rebounded to outpoint Walcott on November 15, 1946, and lost the third fight by decision. He defeated Charles on a split decision on July 25, 1947, but was knocked out in the 9th round of their rematch on May 7, 1948. He also boxed light heavyweight champion John Henry Lewis, but was stopped in the 12th round on May 19, 1938. In 2003, Ray made the Ring Magazine's list of 100 greatest punchers of all-time at number 44. 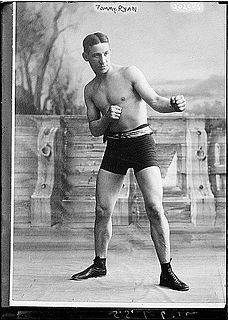 Wilfred Raleigh Pastrano was a professional boxer who held the world light heavyweight crown from 1963 until 1965. He is the grandfather of New Orleans rapper Mr. Pastrano.

Jeremiah "Joe" Jeannette is considered one of the best heavyweight boxers of the early 20th century. Because he was African-American, he was not given a shot at the world heavyweight title, though he did win the World Colored Heavyweight Championship.

Isufu "Ike" Quartey is a Ghanaian former professional boxer who competed from 1988 to 2006. He held the WBA welterweight title from 1994 to 1998, and challenged once for IBF junior-middleweight title in 2000.

Odlanier Solís Fonte is a Cuban professional boxer. He has challenged once for the WBC heavyweight title in 2011, and is a former top-rated contender in that division. As an amateur heavyweight, Solis was one of the most celebrated and decorated amateur stars of the 2000s, winning a gold medal at the 2004 Olympics, and a record three consecutive golds at the World Championships in 2001, 2003, and 2005.

Jeremy Williams is a former professional boxer and mixed martial artist. He challenged once for the WBO Heavyweight title in 1996.

Carl Williams, nicknamed "The Truth", was an American boxer from Belle Glade, Florida who was the USBA United States Heavyweight Boxing champion, and who fought in several noteworthy boxing matches in the 1980s and 1990s.

Juan Carlos Gómez is a Cuban former professional boxer who competed from 1995 to 2014. He held the WBC cruiserweight title from 1998 to 2002, and challenged once for the WBC heavyweight title in 2009. 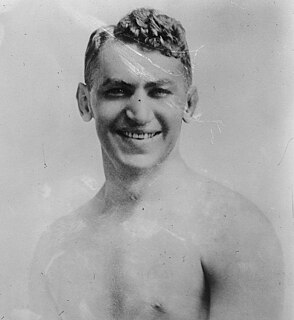 Alexander "Sasha" Ustinov is a Russian professional boxer, former kickboxer and mixed martial artist. In boxing, he has challenged once for the WBA (Regular) heavyweight title in 2017.

Bobby Cassidy, born April 19, 1944, is a former professional boxer who fought from 1963 to 1980. Although born and raised in New York, Cassidy is of Irish lineage and fought under the name, "Irish" Bobby Cassidy.