Tommy Joe Eagles (April 3, 1949 – July 30, 1994) was the head basketball coach of the Louisiana Tech Bulldogs from 1985 to 1989 and the Auburn Tigers from 1989 to 1994. He was head coach of the University of New Orleans men's basketball team, but died before he ever coached a game there due to a heart attack he suffered during a recruiting trip on July 30, 1994. [1] Before his coaching stint at Louisiana Tech, Eagles served as head coach at Cedar Creek High School in Ruston and Simsboro High School in Simsboro, both in Lincoln Parish.

Each year, Louisiana Tech University presents the Tommy Joe Eagles Award to the member of the Louisiana Tech Men's Basketball team who shows the best all-around combination of work ethic, academic ability, character, and attitude. Past recipients include Brian Martin (2004) and Shawn Oliverson (2010). Auburn University presents the Paul Lambert/Tommy Joe Eagles Memorial Trophy for Leadership, the most prestigious award of the men's basketball program, at the end of each season. Past recipients include current Auburn Assistant Coach Wes Flanigan (1996, 1997) and Daymeon Fishback (2000).

Eagles played basketball and graduated in 1967 from Doyline High School in Doyline in south Webster Parish, Louisiana. He was one of three children of the late Edward P. and Juanita W. Eagles. His siblings were M. E. "Bo" Eagles, a businessman from Houston, Texas, and Anita E. Darbonne of Minden. [2]

Doyline is a village in southwestern Webster Parish in northwestern Louisiana, United States. The population was 818 at the 2010 census. It is part of the Minden Micropolitan Statistical Area. 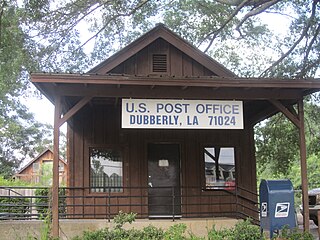 Dubberly is a village in Webster Parish, Louisiana, United States. The population was 290 at the 2000 census. It is part of the Minden Micropolitan Statistical Area.

David Allen Lee is a former American football punter for the former Baltimore Colts in the National Football League and subsequently retired from a career as a General Motors executive in Shreveport, the seat of Caddo Parish, in northwestern Louisiana. He accumulated several sports records in punting for the Colts in a 12-year career from 1966 until 1978. 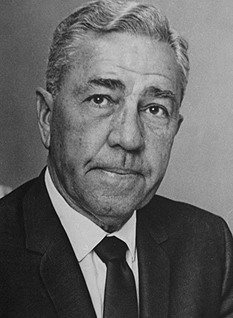 Joseph Roguet Aillet was an American football and basketball coach and college athletics administrator. He served as the head football coach at Louisiana Tech University from 1940 to 1966, compiling a record of 151–86–8. Additionally, under Aillet, the Bulldogs won nine conference championships. He was inducted into the College Football Hall of Fame in 1989. Joe Aillet Stadium, the home of the Louisiana Tech football team, was dedicated in Aillet's honor in 1972. 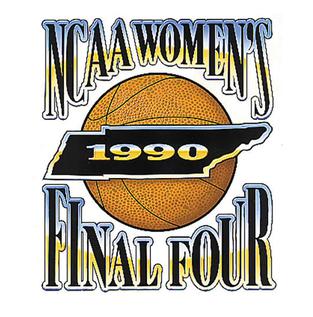 The 1990 NCAA Division I Women's Basketball Tournament began on March 11 and ended on April 1. The tournament featured 48 teams. The Final Four consisted of Virginia, Stanford, Auburn, and Louisiana Tech, with Stanford defeating Auburn 76-60 to win its first NCAA title. Stanford's Jennifer Azzi was named the Most Outstanding Player of the tournament.

Jack Wade Moreland, known as Jackie Moreland, was an American basketball player for the Detroit Pistons and the former New Orleans Buccaneers.

Simsboro High School is in Simsboro, Louisiana, and is a part of the Lincoln Parish School Board

Louisiana Tech Bulldogs and Lady Techsters, commonly abbreviated La. Tech and Dawgs, refer to the sports teams of Louisiana Tech University, in Ruston, Louisiana. The teams compete in Division I of NCAA sports. Since 2013, Louisiana Tech has been a member of Conference USA (C-USA).

Bossier Parish Community College is a public community college in Bossier City, Louisiana. It was established in 1967 by the Louisiana State Legislature, initially as a pilot program to test the feasibility of commuter two-year colleges.

James Edwin Bolin, Sr. was an American jurist and politician who served as a judge of the Louisiana Second Circuit Court of Appeal. He was a Democratic member of the Louisiana House of Representatives from Minden, the seat of government of Webster Parish in northwestern Louisiana.

The Louisiana Tech Bulldogs basketball program, nicknamed the Dunkin' Dawgs, represents intercollegiate men's basketball at Louisiana Tech University. The program competes in Conference USA in Division I of the National Collegiate Athletic Association (NCAA) and plays home games at the Thomas Assembly Center in Ruston, Louisiana. Eric Konkol is in his fourth season as the Bulldogs' head coach. 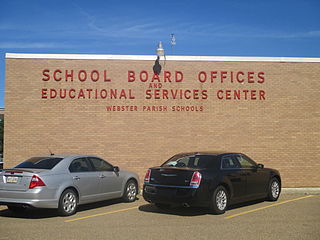 Albert Lawrence Williams Jr., known as A. L. Williams, is the retired former head football coach for the Northwestern State Demons and the Louisiana Tech Bulldogs.

John Lovett is an American football coach who last worked as the cornerbacks coach for the California Golden Bears football team. He was the defensive backs coach for the Philadelphia Eagles of the National Football League (NFL) from 2013–2014. He was the defensive coordinator for Maine in 1994, Auburn from 1999–2001, Clemson from 2002–2004, Bowling Green from 2005–2006, and Miami from 2009–2010. 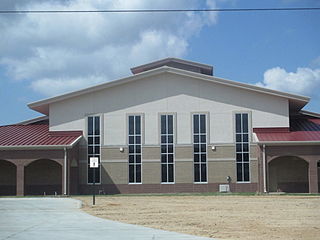 Northwest Louisiana Technical Community College (NLTCC) is a public technical college in Minden, Louisiana. In addition to the main campuses, extension campuses are in Mansfield, and Shreveport.

The 1989–90 Auburn Tigers men's basketball team represented Auburn University in the 1989–90 college basketball season. The team's head coach was Tommy Joe Eagles, who was in his first season at Auburn. The team played their home games at Joel H. Eaves Memorial Coliseum in Auburn, Alabama. They finished the season 13–18, 8–10 in SEC play, good for seventh in the conference. They defeated LSU to advance to the semifinals of the SEC Tournament where they lost to Alabama.