Thomas Morrison (16 December 1874 – 26 March 1940), also known as Ching Morrison, was a footballer for Glentoran, Burnley, Celtic and Manchester United, and for the Ireland national team. [1]

Morrison made his first appearance for Glentoran on 18 April 1891 in a Charity Cup game against Ulster at Solitude. He scored in that match which was abandoned with the Glens trailing 4–1. [1] The following season (1891–92) saw Morrison score 11 goals in just nine games, including a hat-trick in the Irish League against Ligoniel. Two seasons later, he was part of Glentoran's Irish-League winning side before moving to English football.

Morrison transferred to Burnley in March 1894 and made his debut in a game on 10 March against Derby County; he scored one goal in a 3–1 victory. [2] Early the following season he was dismissed by the Burnley committee for misconduct. [1]

Morrison had another spell with Glentoran and a largely unsuccessful stint with Celtic in Scotland. He is credited by the club's manager Willie Maley with being the first native Irishman to play for Celtic, [3] meaning that a Protestant from East Belfast was the first Irish signing for a club with an overwhelmingly Catholic Irish reputation. He won the Glasgow Merchants Charity Cup soon after arriving in 1895, scoring in the win over Rangers in the final, [1] [4] and played a small part in helping the Bhoys win the 1896 Scottish Football League championship with five appearances, but made only eight more over the next seven months. [5]

Morrison returned to Burnley in February 1897. The following season, he helped them to the Second Division title in 1898. [1] He remained at Burnley until the 1902–03 season when he signed for Manchester United. [6] He gained the distinction of being Manchester United's first Irish player, although fellow Ulsterman Jack Peden had spent a season playing for United's predecessors Newton Heath during the previous decade. [7]

Morrison spent only one full season at Bank Street in the Second Division but did leave an impression with the fans by scoring the first goal in a memorable 2–1 FA Cup upset of top-division Notts County in February 1904. [8] Morrison remained at Manchester United until the beginning of the 1904–05 season when he signed for Colne. He later returned home to Belfast to end his career with Glentoran, scoring two goals in 16 appearances in 1906–07.

Tommy was the youngest of five sons born to James Morrison and Annie (née McMillan). [1] The first three boys were born in Scotland and the youngest of them, Bob, was also an Ireland international who played for Linfield at club level. [11] [12] Another brother, Alex, also played for Glentoran in the 1890s. [11]

James McIlroy was a Northern Ireland international footballer, who played for Glentoran, Burnley, Stoke City and Oldham Athletic. He was regarded as one of Burnley's greatest players, having played 497 matches and scoring 131 goals. McIlroy also managed Oldham Athletic and Bolton Wanderers. 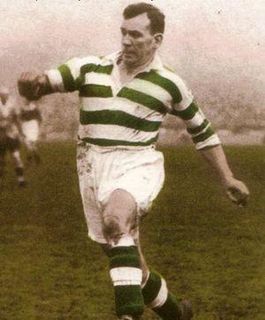 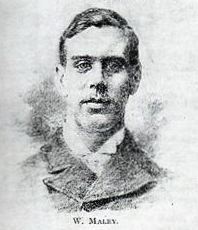 William Patrick Maley was a Scottish international football player and manager. He was the first manager of Celtic Football Club, and one of the most successful managers in Scottish football history. During his managerial tenure, Maley led Celtic to thirty major trophies in forty-three consecutive years as manager.

William Gillespie was a Scottish football player who was a centre forward who 'hung around in the penalty circle and picked up lots of goals'. He played for Manchester City F.C. between 1896 and 1904 appearing 217 times and scoring 125 goals.

Tom (Thomas) Willighan was an Irish full-back football player. He was capped twice for the Ireland national football team, played five seasons for Burnley FC and won leagues and cups during his early days in his hometown of Belfast. 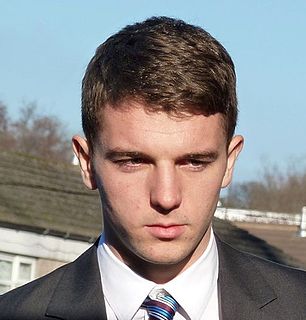 Thomas Edward Maley was a Scottish football player and manager. 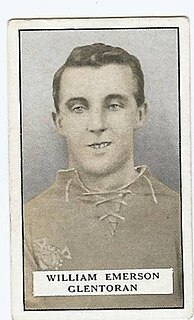 William "Billy" Emerson was an Irish football player, who played as a midfielder for Burnley and Glentoran.

Sammy Todd was a former football player for Burnley and Glentoran.

David "Davy" Lyner was a Northern Irish footballer who played as an outside forward for various clubs in Northern Ireland, England and Scotland in the 1910s and 1920s, including Distillery, Glentoran, Manchester United and Kilmarnock.

George Bray was an English professional footballer who played as a wing half. He played his entire senior career with Burnley, making more than 250 appearances for the club in all competitions and forming part of the renowned defence known as the "Iron Curtain". After retiring from playing he remained at Burnley, firstly on the coaching staff and later as kit man before departing in 1992. In total, his association with the club as a player, coach, kit man and supporter spanned seven decades.

Fred Barron was an English professional footballer who played primarily as a wing half. He made exactly 400 Football League appearances in thirteen seasons with Burnley.

Robert Morrison was a footballer who played as a defender for Linfield and the Ireland national team.

William Sherrard, familiarly known as Beg was an Irish international footballer who played for Limavady, Glentoran and Cliftonville.