Thomas Rundle Reilly MBE (August 21, 1919 – September 25, 2000) was a Canadian-born harmonica player, predominantly based in England. He began studying violin at eight and began playing harmonica at aged eleven as a member of his father's band. In the 1940s, he began parallel careers as a concert soloist and recitalist, a popular radio and TV performer, and a studio musician-composer.

Born in Guelph, Ontario, he studied violin at eight and began playing harmonica at aged eleven as a member of his father's band.[ citation needed ]

In 1935 the family moved to London. At the outbreak of the Second World War he was a student at the Leipzig Conservatory. He was arrested and interned for the duration of the war in prisoner of war camps. However it was there that he developed his virtuosity on the harmonica, basing his ideas of phrasing and interpretation on the playing of Jascha Heifetz. [1]

Returning to London in 1945, Reilly began championing the cause of the harmonica as a serious solo concert instrument. He began parallel careers as a concert soloist and recitalist, a popular BBC radio and TV performer, and a studio musician-composer. He performed with most of the major European orchestras and toured Europe several times with the Academy of St Martin-in-the-Fields. He also played the theme tune and musical breaks to the BBC Radio series The Navy Lark , from 1959-77. [2]

Reilly worked with many composers to get more original music written for the instrument, and his recordings also include original harmonica works by Ralph Vaughan Williams, Malcolm Arnold, Arthur Benjamin, and Villa-Lobos. [3]

He was signed to Parlophone in 1951 where his recordings were produced by George Martin. He performed music for the soundtracks of many US and European films and television series, including British comedy The Navy Lark (1959) and the TV theme tune for Dixon of Dock Green. [4] In 1967, Reilly initiated the development of the first Hohner silver harmonica. He and James Moody have recorded many musical scores for the harmonica under the pen names "Dwight Barker" and "Max Martin". [5]

Tommy Reilly died aged 81 in Frensham, Surrey. His granddaughter Georgina Reilly is a Canadian film and television actor. [7] Larry Adler admitted in The Guardian obituary of Tommy that "He never even had a close second".

Julian Alexander Bream CBE was a British classical guitarist and lutenist. Regarded as one of the most distinguished classical guitarists of the 20th century, he played a significant role in improving the public perception of the classical guitar as a respectable instrument. Over the course of a career that spanned more than half a century, Bream helped revive interest in the lute.

Vilém Tauský CBE was a Czech conductor and composer who, from the advent of the Second World War, lived and worked in the UK, one of a significant group of émigré composers and musicians who settled there.

Sir Richard Rodney Bennett was an English composer of film, TV and concert music, and also a jazz pianist and occasional vocalist. He was based in New York City from 1979 until his death there in 2012. 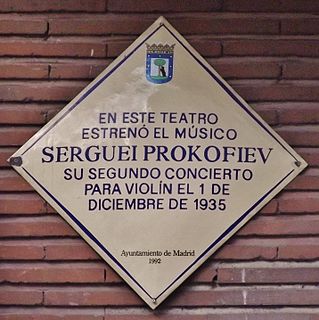 Neil Cathcart Black OBE was an English oboist. He has held the post of principal oboe in four London orchestras, and taught at the Royal Academy of Music and the Guildhall School of Music and Drama. 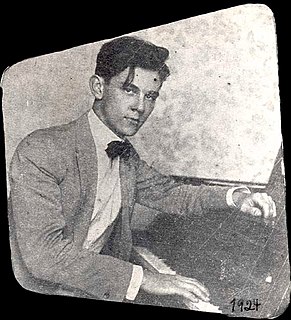 Radamés Gnattali was a Brazilian composer of both classical and popular music, as well as a conductor, orchestrator, and arranger.

Frederick Grinke CBE was a Canadian born violinist who had an international career as soloist, chamber musician, and teacher. He was known especially for his performances of 20th-century English music.

Thomas Tycho AM MBE was a multi-talented Hungarian-born Australian pianist, conductor, composer and arranger. He was associated with musical productions on Australian television for many years from its inception in 1956, including such programs as The Mavis Bramston Show. The recorded version of the National Anthem Advance Australia Fair that is now usually used to accompany singers at major sporting and community events is Tommy Tycho's arrangement. He wrote a number of film scores, and his activities bridged both popular and classical styles.

Alan Langford was the pen name of Alan Owen a British radio producer and composer of light music.

John Sebastian was an American musician and composer known as a master of the classical chromatic harmonica. He was the first harmonicist to adopt an all-classical repertoire and, along with Larry Adler and Tommy Reilly, established the harmonica as a serious instrument for classical music. In addition to performing, Sebastian increased the range of classical music available for the harmonica by transcribing numerous existing classical works for the harmonica, composing works of his own, and commissioning or otherwise encouraging other composers to write for the instrument.

Yasuo Watani is a Japanese chromatic harmonica player. He was born in Kyoto, Japan and had his first harmonica lessons with Tadao Kobayashi in 1966. After graduating from Doshisha University in 1984 with a degree in Economics, he studied the chromatic harmonica with Helmuth Herold at the Hohner-Konservatorium Trossingen in Germany from 1984 to 1988. He also learned the harmonica from the Canadian harmonica soloist Tommy Reilly. Watani was invited to stay on as a Lecturer at the Hohner-Konservatorium and taught from 1988 to 2002. Since 2005, he is a Music Professor for harmonica at Senzoku-Gakuen College of Music, Japan. He has been invited to judge at many harmonica competitions and festivals, including World Harmonica Festival and Asia Pacific Harmonica Festival.