Tommy Seebach (14 September 1949 – 31 March 2003), born Tommy Seebach Mortensen in Copenhagen, Denmark, was a popular Danish singer, composer, organist, pianist and producer. He is best known as front man of Sir Henry and his Butlers and for numerous contributions to the Danish qualifier for the Eurovision Song Contest, the Dansk Melodi Grand Prix, which he won three times. He was the father of songwriter/producer Nicolai Seebach and singer/songwriter/producer Rasmus Seebach.

Seebach began his musical career as an organist in his own group "The Colours" at age 14. In the following years he played in many pop and beat groups. He played the piano with various orchestras and groups, sometimes going under the name of "Boogie-Woogie-Tommy". He gained mainstream popularity in Denmark in 1965, when he became a member of the band Sir Henry and his Butlers, writing many of their most popular hits. He also worked as a recording engineer at the Rosenberg Studio in Copenhagen and amongst other projects recorded the legendary Icecross album there in 1973. [1]

In 1976 he emerged as a successful solo artist. His hit album "Tommygum" was released in 1977. At the same time he was in high demand as a producer at his record company EMI [ citation needed ], where he was involved in projects for artists such as Lecia & Lucienne. It was at this time that he recorded and performed "Apache".

Seebach competed seven times in the Dansk Melodi Grand Prix. Only one other act, the Hot Eyes, has ever won the competition three times.

In 1979, his song "Disco Tango", coauthored with Keld Heick, and performed by Seebach, came in as no 1. Finishing 6th at the Eurovision Song Contest 1979, it became a major hit both in Denmark and other European countries. A friendship with fellow contenders "Black Lace" (UK entry) led to Tommy, producing the single "Hey Hey Jock McCray" for the band, released the following year in Denmark by EMI.

In 1981, he won the competition once again, in a duet with Debbie Cameron. The song "Krøller eller ej", was also coauthored with Keld Heick. Translated as "Straight or Curly Hair", it finished 11th at Eurovision Song Contest 1981. Cameron has later alleged that Denmark and Israel had been among countries whose sound checks had been sabotaged in order to bring The UK's Bucks Fizz to victory. [2]

In 1982, his song "Hip hurra det’ min fødselsdag" ("Hip hip hurray, this is my birthday"), performed by himself, came in second.

In 1993, Seebach won the competition again, performing the song "Under stjernerne på himlen" ("Under the stars of the sky"), written together with Keld Heick. He had submitted the song several times before, but had been turned down. At the time, the public interest in the Song Contest, deemed cheesy by the cultural elite, was fading, and as an icon of the contest, Seebach's popularity had been on the wane for some time. It has been alleged that Danmarks Radio had originally turned the song down out of fear that Seebach, who had developed a severe addiction to alcohol, would cause a scandal at the performance. [3] When the song came in as a secure no. 1, his popularity soared for a while, but only to drop dramatically, when the song finished 22nd out of 25 songs at Eurovision Song Contest 1993, receiving only 9 points. The poor result meant that Denmark did not qualify for the ESC 1994, and Seebach was widely criticized, after experiencing a brief rise in popularity, and never competed again. [4]

He had a big hit in 1989 with the duet "Du skælder mig hele tiden ud" ("You're Always Yelling at Me"), sung with Annette Heick, Keld Heick's daughter. They followed up this success with two more singles and a Christmas album.

After the Eurovision Song Contest

The 1990s were lean years for him as a performer and recording artist. He had a comeback with the release of a disco-version of "Krøller eller ej" released in 1999, as well as the release of a compilation album. He toured the country's discothèques at that time and found cult interest in his old hits among a new, younger audience.

Seebach was married for many years to Karen Seebach; they had three children, Nicolai Seebach, Rasmus Seebach and Marie. The marriage broke down when Seebach developed a serious addiction to alcohol. His son Rasmus after becoming a pop singer, wrote a song about him called "Den jeg er" ("Who I am"), stating what a major influence his father had in his life in spite of his addiction.

He died at the age of 53 at the amusement park Bakken, where he had been head of musical entertainment for several years. Although he had managed to overcome his alcoholism at the time, the cause of his death, a heart attack, was ascribed to his previous addiction. [5]

2010 saw the launch of Tommy, director Sami Saif's documentary on Seebach's life. Featuring many of Seebach's private videos, as well as television clips and interviews with his widow, children and colleagues in the industry, it documents his public performances and private life, focusing both on his successes and his personal demise. [6] [7] [8] [9] [10]

Tommy received four stars out of six by Politiken, [6] Berlingske Tidende [7] and Ekstra Bladet; [8] B.T. awarded it six stars out of six. [9] Dagbladet Information described it as "... a story of an artist who became a victim of the musical genre which he himself had helped innovate, and who, instead of gaining the broad recognition he had longed for his entire life, ended up with a status somewhere in between national heritage and kitsch clown..." [10] Politiken called the film "worthy, worth seeing and moving", Ekstra Bladet "a moving portrait of a man caught between the music, his family and the bottle".

With Sir Henry and his Butlers 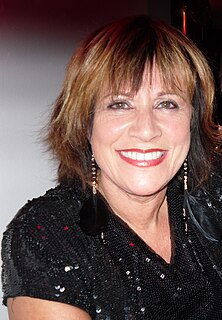 Hot Eyes was the name adopted for international acts by the Danish singing duo known in their home country as Kirsten and Søren. It was formed by Kirsten Siggaard and Søren Bundgaard.

"Disco Tango" was the Danish entry in the Eurovision Song Contest 1979. It was performed in Danish by Tommy Seebach.

"Tænker altid på dig" was the Danish entry in the Eurovision Song Contest 1980, performed in Danish by Bamses Venner.

"Krøller eller ej" was the Danish entry in the Eurovision Song Contest 1981, performed in Danish by Tommy Seebach and Debbie Cameron.

"Under stjernerne på himlen" was the Danish entry in the Eurovision Song Contest 1993, performed in Danish by the Tommy Seebach Band.

Halayla, listed as Halaylah in the official Eurovision website, was the Israeli entry in the Eurovision Song Contest 1981, performed in Hebrew by Hakol Over Habibi.

Deborah (Debbie) Cameron is a Danish-American singer of Bahamian descent who has had a career in music in Denmark.

Peter Graulund is a Danish former professional footballer who played as a striker. He played for Danish clubs Vejle Boldklub, Brøndby IF and AGF, German side VfL Bochum, and Swedish club Helsingborgs IF. He played six games and scored two goals for the Denmark national under-21 football team.

Denmark was represented at the Eurovision Song Contest 1993 by the Tommy Seebach Band and "Under stjernerne på himlen", the winners of the Danish national final, Dansk Melodi Grand Prix 1993. The song was composed by Tommy Seebach and national final host Keld Heick.

Lejla, or Leila as it is listed in the official Eurovision website, was the Yugoslavian entry in the Eurovision Song Contest 1981, performed in Serbo-Croatian by Seid Memić (Vajta). 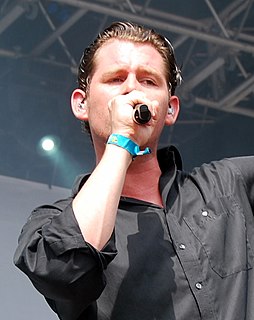 Denmark was represented by Tommy Seebach and Debbie Cameron, with the song "Krøller eller ej", at the 1981 Eurovision Song Contest, which took place on 4 April in Dublin. "Krøller eller ej" was chosen as the Danish entry at the Dansk Melodi Grand Prix on 28 February. Seebach had previously represented Denmark at Eurovision in 1979, when Cameron was one of his backing singers.

Burhan G is the third studio album from the Danish R&B singer Burhan G which was released on 12 April 2010 at Copenhagen Records. This is however his first Danish language album after two all-English language albums Playground in 2004 and Breakout in 2007. The album Burhan G was developed with the collaboration of Rasmus Seebach and Nik & Jay and producers Jon & Jules of the Providers. The album reached #2 in the Danish Albums Chart making it the most successful album thus far of Burhan G. 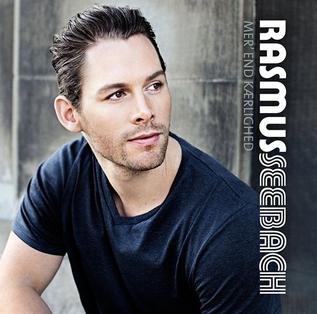 Mer' end kærlighed is the second studio album by the Danish singer-songwriter Rasmus Seebach released on 17 October 2011 at ArtPeople label, as a follow-up to the hugely successful debut album Rasmus Seebach.

Keld Heick is a Danish singer, songwriter and musician. He is best known for his contribution to the Dansk Melodi Grand Prix, where he has submitted over 30 songs.

Annette Vollmer Heick is a Danish television personality, journalist, singer and cartoon voice actress. She is the daughter of the entertainers Keld and Hilda Heick.

This is a list of Danish television related events from 1981.