Tommy Tegelgård (born 24 October 1948) is a Swedish judoka. He competed in the men's middleweight event at the 1972 Summer Olympics. [1]

Earl John "Tommy" Thomson was a Canadian athlete, a specialist in the high hurdles. In 1920 he became the first Olympic gold medalist in 110 m hurdles from outside the United States 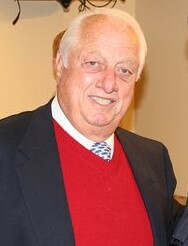 Thomas Charles Lasorda is an American former Major League Baseball pitcher, coach, and manager, who is best known for his two decades managing the Los Angeles Dodgers. In 2018, he marked his 69th season with the Brooklyn/Los Angeles Dodgers organization, the longest tenure anyone has had with the team, edging Dodger broadcaster Vin Scully by three seasons. He was inducted into the National Baseball Hall of Fame as a manager in 1997. Since the death of Red Schoendienst in June 2018, he has been the oldest living Hall of Famer.

Thomas "Tommy" Hampson was an English athlete, winner of the 800 metres at the 1932 Summer Olympics and the first man to run 800 metres in under 1 minute 50 seconds. 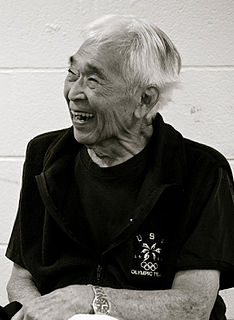 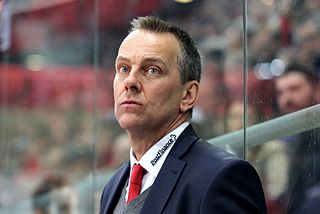 Tommy Albelin is a retired Swedish ice hockey defenceman who is currently an assistant coach for Switzerland's national team. He also competed in the men's tournament at the 1998 Winter Olympics.

Mexico sent a delegation to compete at the 1994 Winter Olympics in Lillehammer, Norway from 12–27 February 1994. This was the fifth time Mexico had competed in the Winter Olympic Games. The Mexican delegation consisted of one alpine skier, Hubertus von Hohenlohe. He was entered into one event, the men's downhill, in which he finished in 48th place. 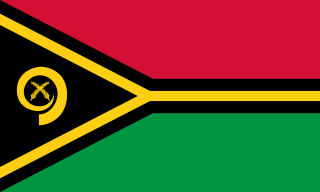 Vanuatu competed at the 2008 Summer Olympics in Beijing, China. A total of three Vanuatuan athletes competed in two sports. Moses Kamut and Elis Lapenmal competed in, respectively, the men's and women's 100m sprints, and Priscilla Tommy competed in women's singles table tennis after being selected by the IOC's Tripartite Commission. Tommy's appearance in particular was Vanuatu's debut into table tennis. Tommy was also the country's flagbearer during the opening ceremony. The Vanuatuan delegation to Beijing included the country's head of state and prime minister, but only included Elis Lapenmal; the other two athletes did not accompany the delegation and arrived in China at different times.

Thomas J Mather is a British diver who competed in the 1928 Summer Olympics. Following the 1928 Olympics Mather won a gold medal in the 10 Metres Platform at the 1934 British Empire Games in London.

Thomas Zarlef "Tommy" Haynes is a retired American athlete, who mostly competed in the triple jump. He won a silver medal at the 1975 Pan American Games and placed fifth at the 1976 Olympics.

Tommy Keenan was an Irish basketball player. He competed in the men's tournament at the 1948 Summer Olympics.

Tommy Malone was an Irish basketball player. He competed in the men's tournament at the 1948 Summer Olympics.