Last updated March 12, 2021
This article is about the blues singer. For other uses, see Thomas Tucker (disambiguation).

Tucker released "Hi-Heel Sneakers" in 1964, which was a hit both in the US and the UK. [3] He released an album, also entitled Hi-Heel Sneakers, on Checker Records that same year. His follow-up single, "Long Tall Shorty", was less successful. [3] Musicians that played on his albums and singles included Louisiana Red, Willie Dixon and Donny Hathaway. In the 1970s, he began releasing previously unissued material on the English label Red Lightnin'. This was combined with his work for Big Bear Records, featuring on their American Blues Legends '75 album and tour. [4]

Tucker co-wrote a song with Atlantic Records founder executive Ahmet Ertegun, called "My Girl (I Really Love Her So)". Tucker left the music industry in the late 1960s, taking a position as a real estate agent in New Jersey. He also did freelance writing for a local newspaper in East Orange, New Jersey, writing of the plight and ignorance of black males in America, and the gullibility and exploitation of African Americans in general by the white-dominated media.[ citation needed ]

Tucker died in 1982 at the age of 48 at College Hospital in Newark, New Jersey, from inhaling carbon tetrachloride while refinishing the hardwood floors of his home, though his death has been alternatively attributed to food poisoning. [5] [6]

On June 25, 2019, The New York Times Magazine listed Tommy Tucker among hundreds of artists whose material was reportedly destroyed in the 2008 Universal fire. [7] 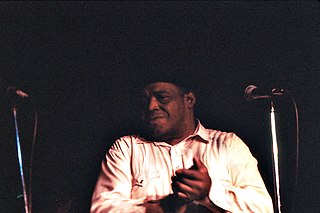 William James Dixon was an American blues musician, vocalist, songwriter, arranger and record producer. He was proficient in playing both the upright bass and the guitar, and sang with a distinctive voice, but he is perhaps best known as one of the most prolific songwriters of his time. Next to Muddy Waters, Dixon is recognized as the most influential person in shaping the post–World War II sound of the Chicago blues. 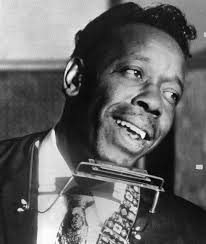 Slim Harpo, was an American blues musician, a leading exponent of the swamp blues style, and "one of the most commercially successful blues artists of his day". His most successful and influential recordings included "I'm a King Bee" (1957), "Rainin' in My Heart" (1961), and "Baby Scratch My Back" (1966) which reached number one on Billboard's R&B chart and number 16 on its broader Hot 100 singles chart. He was a master of the blues harmonica, known in blues circles as a "harp".

William Randolph "Cozy" Cole was an American jazz drummer who had hits with the songs "Topsy I" and "Topsy II". "Topsy II" peaked at No. 3 on the Billboard Hot 100, and at No. 1 on the R&B chart. It sold over one million copies and was awarded a gold disc. The track peaked at No. 29 in the UK Singles Chart in 1958. The recording contained a long drum solo and was one of the few drum solo recordings to make the charts at Billboard magazine. The single was issued by Love Records, a small record label in Brooklyn, New York. Cole's song "Turvy II" reached No. 36 in 1959. 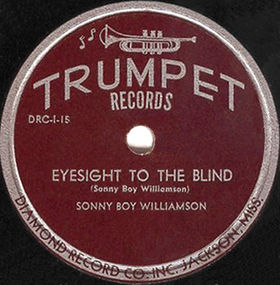 "Eyesight to the Blind" is a 12-bar blues song written and recorded in 1951 by Sonny Boy Williamson II. He also recorded the related songs "Born Blind", "Unseeing Eye", "Don't Lose Your Eye", and "Unseen Eye" during his career. The Larks, an American rhythm and blues group, recorded the song, which reached number five on the R&B charts in 1951. Several musicians subsequently recorded it in a variety of styles. The Who used Williamson's lyrics for their adaptation for the rock opera Tommy. 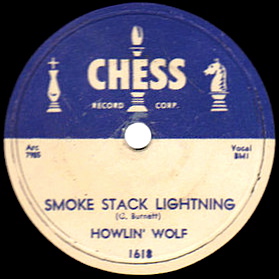 "Smokestack Lightning" is a blues song recorded by Howlin' Wolf in 1956. It became one of his most popular and influential songs. It is based on earlier blues songs, and numerous artists later interpreted it. 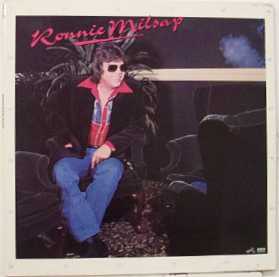 Images is the tenth studio album by country singer Ronnie Milsap, released in 1979 by RCA Records. The first single to be released from the album was "Nobody Likes Sad Songs". It would become Ronnie Milsap's twelfth number one on the country chart. "In No Time at All" was released in August 1979 as the second single from the album Images. The song reached number 6 on the Billboard Hot Country Singles. The flip side track from the 45 RPM, "Get it Up", a disco style track also charted independently on the pop charts. 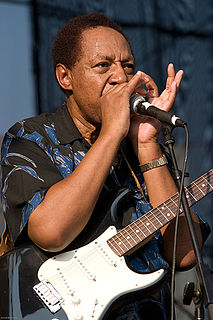 "Hi-Heel Sneakers" is a blues song written and recorded by Tommy Tucker in 1963. Blues writer Mary Katherine Aldin describes it as an uptempo twelve-bar blues, with "a spare, lilting musical framework", and a strong vocal. The song's rhythmic approach has also been compared to that of Jimmy Reed. Tucker's lyrics recall the time he spent as a Golden Gloves boxer in the 1950s: 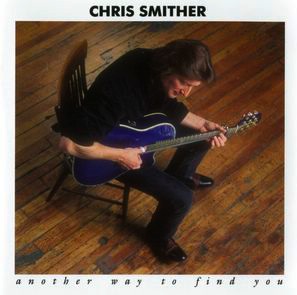 Another Way to Find You is a live studio album by American singer/songwriter Chris Smither, released in 1991. It was recorded in the studio in front of a live audience.

Iverson Minter, known as Louisiana Red, was an American blues guitarist, harmonica player, and singer, who recorded more than 50 albums. He was best known for his song "Sweet Blood Call".

The Party Album, also known as The Party LP is a 1978 live blues recording by Alexis Korner. The double album features Alexis Korner and various guest musicians singing a mix of both classic blues songs as well as some of Korner's own. The concert was a celebration of Korner's 50th birthday. 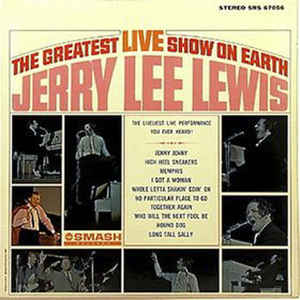 The Greatest Live Show on Earth is a live album by the pianist and rock and roll pioneer Jerry Lee Lewis. It was released on Smash Records in 1964. 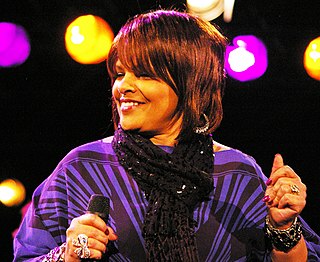 Regina B. Higginbotham known professionally as Teeny Tucker is an American electric blues and new blues singer and songwriter. She is the daughter of the late blues musician Tommy Tucker. AllMusic noted that "Teeny Tucker is among a growing number of female blues belters taking different paths to stardom or wider recognition, but she's one of the very best..." She has released six albums to date. 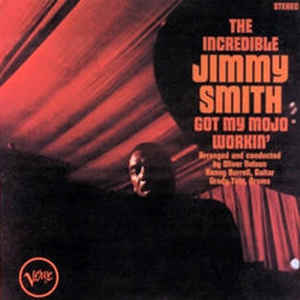 Got My Mojo Workin' is a 1966 album by Jimmy Smith arranged by Oliver Nelson. 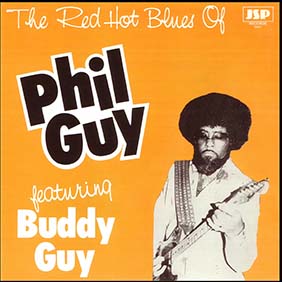 The Red Hot Blues of Phil Guy is the first album by blues musician Phil Guy, recorded in March 1982 and released on JSP Records in that same year. 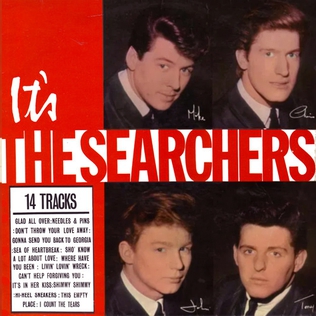 It's the Searchers is the third studio album by English rock band The Searchers. Album features the band's famous hit singles "Needles and Pins" and "Don't Throw Your Love Away" as well as cover versions of some well known tracks originally recorded by Betty Everett, Carl Perkins, Don Gibson, The Drifters or Tommy Tucker. It was also the last Searchers album to feature singer Tony Jackson. The album peaked at No. 4 in the UK album chart.