Wonder developed an interest in conjuring at an early age. He studied acting, dancing and singing for three years at the Academie voor Podiumvorming (Performance Academy) in The Hague and subsequently toured for two years with De Haagsche Comedie.

He took second prize at the FISM World Championships of Magic in 1979 [1] and again in 1988. [2] In 1998 he also received the Performer Fellowship Award from the Academy of Magical Arts in Hollywood. In 1999, he was awarded Best Sleight of Hand Performer from the World Magic Awards.[ citation needed ] Because Wonder designed and developed all of his own repertoire, he was held in high esteem amongst his colleagues in magic. [3] On 5 August 2006 he posthumously received the Theory & Philosophy Award at the FISM World Championships of Magic in Stockholm.

He died in 2006 after a brief battle with lung cancer. 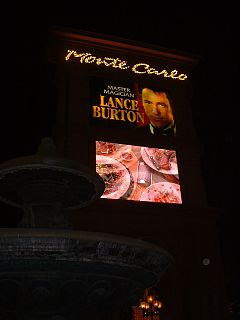 Jeff McBride, also known as "Magnus", is an American magician and magic instructor. He is known for his sleight of hand skills and specializes in the manipulation of playing cards, coins, and other small objects. His stage performances blend elements of kabuki, a Japanese theater form, with traditional conjuring. He has been recognized by the Academy of Magical Arts, the Society of American Magicians, and the International Federation of Magic Societies. He has also has set several Guinness World Records.

Eugene Burger was an American magician. He was born in 1939 and was based in Chicago, Illinois. He was reputed for his close-up skills and his work in mentalism and bizarre magic.

The International Federation of Magic Societies (FISM) was founded in 1948 and is one of the most respected organizations in the magic community. It is an international body coordinating dozens of national and international clubs and federations around the world. Together these clubs represent approximately 50,000 magicians from 50 countries as of 2015. The organization hosts a self-named "FISM" conference every three years, where magicians compete for "Best of" categories. The most recent FISM was in 2018, held in Busan, South Korea. Founded in 1948, it is one of the most recognized magic organizations in the magic circle. Currently, there are more than 80 member organizations and about 50,000 members from 50 countries and regions, including Taiwan's Black Hat Magic Association and the Taiwan Magic Development Association (TMA). Another 808 magic item shop is also in the process of applying for membership. The FISM organizes a worldwide magic convention every three years. The member organizations fight for the right to host. Top magicians from all over the world will compete for the title of "World Magic Champion". Prior to this, various regions will hold regional selections. FISM Europe, FISM Asia, FISM North America, FISM Latin America, FISM Africa, FISM Oceania, and member organizations have the quotas recommended by their regional selection committees.

International Brotherhood of Magicians (I.B.M.) is an organization for both professional and amateur close-up and stage magicians, with approximately 15,000 members worldwide. The headquarters is in St. Charles, Missouri. There are over 300 local groups, called Rings, in more than 30 countries, largely concentrated in cities of the United States and Canada. The organization publishes a monthly periodical entitled The Linking Ring, which features tricks, coverage of shows and events in the magic community, and interviews with magicians.

Santa Cristina d'Aro is a small town in the Aro valley at the junction of the road from Girona/Barcelona to Sant Feliu de Guíxols and Palamós. It is home to a number of workers in the nearby holiday resorts. The Costa Brava golf course is on the outskirts of the town.

John Ramsay was a Scottish magician. He has been described, by Alex Proctor, former President of the Scottish Conjurers' Association, as a "magician's magician, who loved to trick fellow conjurers".

Lu "Louis" Chen is a Taiwanese magician and is credited to be the only Taiwanese magician to perform in Hollywood's Magic Castle, commonly referred to as China's most renowned magician. Lu Chen has worked in television industry for over 20 years and has been considered as an iconic magic figure in the Chinese world. His TV shows has been seen by more than a billion viewers in Asia. In 2011 he was awarded “The Magician of The Year” by The Academy of Magician Arts. He graduated from Soochow University with a degree in Japanese literature. 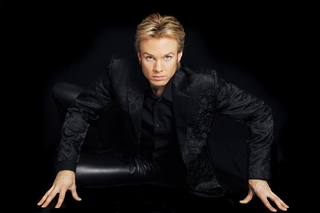 Peter Marvey is a magician and illusionist best known for his combination of sleight of hand and large-scale stage illusions.

Étienne Pradier is a French magician and is a member of the Magic Circle with Gold Star. He is a past winner of the Blackpool Magician's Club Close-up Magic Championships and was awarded third place in the Card Magic category in the FISM world championship.

Ken Brooke was a stage magician who ran a magic shop in London, where for 50 years he trained many well-known magicians.

Johannes Crewe, more widely known by his stage name Hans Moretti was an illusionist and escapologist.

Red de Magos Solidarios is and nonprofit organization based in Buenos Aires, Argentina where magicians of all country make solidarity with their favorite art, magic. The organization hosts a self-named "Twittermagia" conference every year, where magicians compete for "Best of" categories.

Derek DelGaudio is a multidisciplinary artist, primarily known as a writer, performer and magician. 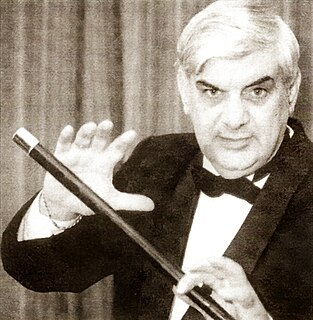 Vasil Stefanov Nikolaev aka. Orfi was an award-winning illusionist and director from Bulgaria.

Norbert Ferré is a French magician and artist manager. 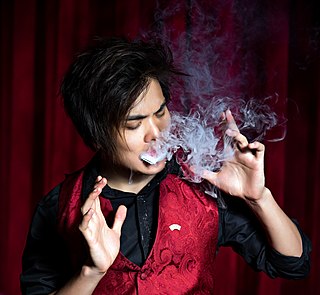 Liang-Shun Lim, known professionally as Shin Lim, is a Canadian-American magician, recognized for his use of card manipulation and sleight of hand. He is known for elaborate close-up card magic routines, during which he remains silent with the tricks set to music. He is self-taught, having learned most of his skills from watching YouTube, on which he has since shared some of his techniques.