Tomoaki Maeno (前野 智昭, Maeno Tomoaki, born May 26, 1982) is a Japanese voice actor from Shimotsuma, Ibaraki Prefecture. He is attached to Arts Vision.

Kotono Mitsuishi is a Japanese voice actress, singer, and narrator. She was affiliated with Arts Vision and Lasley Arrow, but is now freelance. Mitsuishi lived in Nagareyama, Chiba. She graduated from high school and entered the Katsuta Voice Actor's Academy in 1986. She is well known for her roles as Usagi Tsukino in Sailor Moon, Misato Katsuragi in Neon Genesis Evangelion, Boa Hancock in One Piece and Sayaka Mine in Yaiba.

Tomokazu Sugita is a Japanese voice actor and author currently employed by and representative of AGRS. He mainly plays young men and is characterized by his "deep bass voice," and he often performs ad-libs and imitations. He is best known for his roles as Gintoki Sakata in Gintama, Gyoumei Himejima in Demon Slayer: Kimetsu no Yaiba, Kyon in The Melancholy of Haruhi Suzumiya, Yuichi Aizawa in Kanon, Kazuyoshi "Switch" Usui in Sket Dance, Hidenori Tabata in Daily Lives of High School Boys, Yuuya Kizami from the Corpse Party series, Gundham Tanaka from the Danganronpa series, Ragna the Bloodedge in Blazblue, Joseph Joestar in the 2012 JoJo's Bizarre Adventure anime and JoJo's Bizarre Adventure: All Star Battle, Yusuke Kitagawa in Persona 5, Chrom in Fire Emblem, Akuru Akutsu in Aho Girl, Yahiro Takigawa in The Testament of Sister New Devil, Kaede Manyuda in Kakegurui and Ultraman Ginga and Dark Lugiel in Ultraman Ginga.

Shizuka Itō is a Japanese voice actress and singer from Tokyo, Japan. She is represented by Ken Production. She won a "Best Actress in Supporting Roles" award at the 10th Seiyu Awards for her roles in Prison School and Sailor Moon Crystal. She is well known for her anime voice roles as Hilda in Beelzebub, Hinagiku Katsura in Hayate the Combat Butler, and many others.

Jun Fukuyama is a Japanese voice actor and singer who played Lelouch Lamperouge in Code Geass, Koro-sensei in Assassination Classroom, Ichimatsu in Osomatsu-san, Yuta Togashi in Love, Chunibyo & Other Delusions, Hero in Maoyu, Misaki Yata in K, Kimihiro Watanuki in xxxHOLiC and Joker in Persona 5.

Mai Nakahara is a Japanese voice actress and singer associated with I'm Enterprise. She played Rena Ryūgū in Higurashi When They Cry, Nagisa Furukawa in Clannad and Juvia Lockser in Fairy Tail. She performed theme songs for each series, some of which have charted on Oricon. 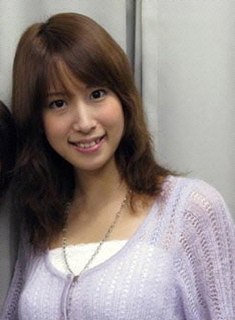 Ami Koshimizu is a Japanese actress, voice actress and singer. She has voiced many different types of characters, from young girls to adult women, as well as boys and animals. Her roles include leads such as Nadja Applefield in Ashita no Nadja, Leonmitchelli Galette Des Rois in Dog Days, Yumi Hoshino in KimiKiss: Pure Rouge, Takuto Hasegawa in Magician's Academy, Hibiki Hojo in Suite PreCure, Nanaka Yatsushiro in Myself ; Yourself, Himari Noihara in Omamori Himari, Sailor Jupiter in Sailor Moon Crystal, Mikumo Guynemer in Macross Delta, Nodoka Haramura in Saki, Tenma Tsukamoto in School Rumble, and Holo in Spice and Wolf. In video games, she voiced Agnès Oblige in Bravely Default, Ibuki Mioda in Danganronpa, Mai Shiranui since KOF Sky Stage, Mist in Rune Factory, Rimurisu in Tears to Tiara, Rinka in the Atelier series, Rosa Ushiromiya in Umineko: When They Cry, Tsuruhime in Sengoku Basara, and Yukiko Amagi in Persona 4. She also is known for her dubbing role for Thailand films which starred Yanin Vismitananda.Known as the voice actress of Tanukigahara Ponko in Inazuma Eleven: Ares

Kenjiro Tsuda is a Japanese actor, voice actor, narrator, and film director. He works at ANDSTIR. Some of his roles as a voice actor: Seto Kaiba in Yu-Gi-Oh!, Sadahara Inui in Shin Tennis no Ouji-sama, Kazama Chikage in Hakuoki, Mikoto Suoh and Gouki Zenjou in K Project, Fire Emblem in Tiger & Bunny, Nicolas Brown in Gangsta, Doug Horbat in Juushinki Pandora, Atomic Samurai in One-Punch Man, Overhaul in My Hero Academia, Matoba Kei in Cop Craft, Lero Ro in Tower of God, Shiori Ichinose in Tokunana, Nino in ACCA, Hakuto Kunai in Maou-sama, Retry!, Akihito Narihisago/Sakaido in ID:INVADED, Tsuchigomori in Toilet-Bound Hanako-kun, Manji in Mugen no Juunin, Joker in Fire Force Nanami Kento in Jujutsu Kaisen, Tatsu in The Way of the Househusband

Aoi Yabusaki, better known by her stage name Aoi Yūki, is a Japanese actress, voice actress and singer represented by Pro-Fit. She voiced Tsuyu Asui in My Hero Academia, Komachi Hikigaya in My Youth Romantic Comedy Is Wrong, As I Expected, Tanya von Degurechaff in The Saga of Tanya the Evil, Yuuki Konno in Sword Art Online, Nodoka Hanadera/Cure Grace in Healin' Good PreCure, Krul Tepes in Seraph of the End, Madoka Kaname in Puella Magi Madoka Magica, Hibiki Tachibana in Senki Zesshou Symphogear, Diane in The Seven Deadly Sins, Tamaki Kotatsu in Fire Force, Mami Nanami in Kanojo, Okarishimasu, the young Murasaki Kuhōin in Kure-nai, and Kumoko in So I'm a Spider, So What?.

Nao Tōyama is a Japanese voice actress and singer affiliated with the agency Intention. Before joining Intention, she was affiliated with Arts Vision. She debuted as a voice actress in 2010, and played her first leading role for the anime series The World God Only Knows. She is also known for her roles as Chitoge Kirisaki in Nisekoi, Yui Yuigahama in My Youth Romantic Comedy Is Wrong, As I Expected, Tomoe Koga in Rascal Does Not Dream of Bunny Girl Senpai, Karen Kujō in Kin-iro Mosaic, and Rin Shima in Laid-Back Camp. In 2019, she won the Best Supporting Actress Award with Yū Serizawa and the Game Award in the 13th Seiyu Awards. 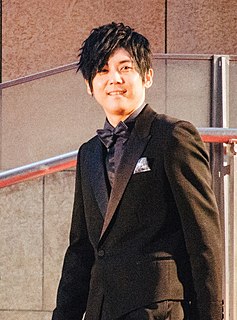 Yuki Kaji is a Japanese actor, voice actor and singer affiliated with the agency VIMS. He has voiced many roles, such as Shion in No. 6, Eren Jaeger in Attack on Titan, Lyon Vastia in Fairy Tail, Issei Hyodo in High School DxD, Shu Ouma in Guilty Crown, Alibaba in Magi: The Labyrinth of Magic, Kazuya Ichinose and Akio Fudou in Inazuma Eleven: Orion no Kokuin, Citron in Pokémon XY, Meliodas and Zeldris in The Seven Deadly Sins, Yukine in Noragami, Speed-O'Sound Sonic in One-Punch Man, Kanato Sakamaki in Diabolik Lovers, Finnian in Black Butler, Kozume Kenma in Haikyu!!, Mei Narumiya in Ace of Diamond, Kakeru Yuiga in Norn9, Shoto Todoroki in My Hero Academia, Johnny Joestar in JoJo's Bizarre Adventure: Eyes of Heaven, Koichi Hirose in JoJo's Bizarre Adventure, and Nishikata in Teasing Master Takagi-san. He was part of the four-unit singing group G.Addict, which was part of the Goulart Knights project, and has acted as one of the main protagonists in the movie Kami Voice: The Voice Makes a Miracle. He won the Best Rookie Actor Award in the 3rd Seiyu Awards in 2009. He won the Best Voice Actor Award two years consecutively in the 7th Seiyu Awards and 8th Seiyu Awards, in 2013 and 2014. He has hosted the web radio show Yūki Kaji's Monologue since March 2014. His variety show Kaji 100!: The 100 Things Yuki Kaji Wants to Do debuted on the Nitteleplus channel in April 2017.

Minami Tsuda is a Japanese voice actress from Kanagawa Prefecture, Japan. She is affiliated with Aoni Production.

Natsuki Hanae is a Japanese voice actor from Kanagawa Prefecture, Japan. He is affiliated with Across Entertainment.

Sora Amamiya is a Japanese voice actress and singer from Tokyo, Japan. She is affiliated with Music Ray'n. After passing an audition held by Music Ray'n, she made her voice acting debut in 2012. She played her first main role as Kaori Fujimiya in the 2014 anime television series One Week Friends. She is a member of the music unit TrySail, along with voice actress Momo Asakura and Shiina Natsukawa.

Maria Naganawa is a Japanese voice actress from Aichi Prefecture, Japan. She is affiliated with I'm Enterprise. Her notable animation roles include Kanna Kamui in Miss Kobayashi's Dragon Maid, Komekko in KonoSuba, and Platelet in Cells at Work!.

Yūko Ōno is a Japanese voice actress from Nagoya, Aichi Prefecture, Japan. She is known for her roles as Yuzu in Konohana Kitan and Aya Asagiri in Magical Girl Site.

Madoka Asahina is a Japanese voice actress from Shizuoka Prefecture who is affiliated with 81 Produce. She is known for her roles as Nene Sakura in New Game! and Liones Yelistratova in Hina Logi: from Luck & Logic.