After graduating from Tokyo University of Marine Science and Technology, Itō joined Madhouse and switched from being a production assistant to an episode director. He participated in various productions under the pseudonym of Kagurazaka Tokiichi from his time at Madhouse. The pen name is derived from the place where he lived and his grandfather's name. He worked as an assistant director on Death Note , The Girl Who Leapt Through Time and Summer Wars before making his directorial debut with Occult Academy.

He is a listener of the radio show Seishun Radio Mania and has transmit to the show that he will make his directorial debut with Occult Academy. He also requested Shoko Nakagawa's song "Flying Humanoid" for the October 16, 2010 broadcast.

Noitamina is a Fuji TV programming block, devoted to anime, originally broadcast every Thursday late night/Friday morning from 00:45 to 1:15. It was launched with the intention of expanding the target audience beyond the typical young male demographic. The block debuted in April 2005 as a half-hour block.

Nasu: Summer in Andalusia is a 2003 Japanese anime film by Madhouse, directed by Kitarō Kōsaka, the famed animation supervisor of the Oscar-winning anime film Spirited Away and Princess Mononoke and long-time collaborator of Studio Ghibli, and adapted from a short 3-tankōbon manga by Iō Kuroda, entitled Nasu, which was serialized in the Afternoon manga magazine. 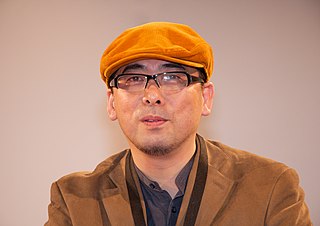 Tensai Okamura, born Yutaka Okamura on December 13, 1961, in Fukushima Prefecture, is a Japanese anime director and animator. Okamura grew up in Yokohama, Kanagawa Prefecture. He is a graduate of Waseda University's department of science and engineering. In 1991, he changed his first name to Tensai.

Atsuko Ishizuka is a Japanese animator, storyboard artist, and director. She began her animation career after joining Madhouse in 2004.

Tetsurō Araki is a Japanese animator, storyboard artist, and director. He goes by the alias Mochizuki Saburō when working as an episode director and key animator. 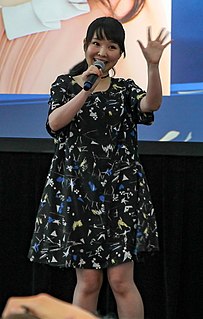 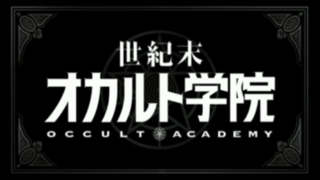 Occult Academy is a Japanese anime television series produced by A-1 Pictures and Aniplex and directed by Tomohiko Itō. The 13-episode anime premiered in Japan on the TV Tokyo television network on July 6, 2010. Occult Academy is the third and final project of Anime no Chikara. It was shown by Crunchyroll an hour after the Japanese broadcast. A manga adaptation of the anime is currently serialized in Media Factory's Monthly Comic Alive. A series of DVD/Blu-ray releases are made over six volumes. Volumes one through five each contain two episodes from the series and comes with extras, such as bonus songs sung by various voice actors for the characters. The final volume covers the last three episodes There are also four spinoff episodes, the first of which is included with the second volume. The series has been picked up in North America by NIS America, who released the series on Blu-ray on May 8, 2012. Silver Spoon is a Japanese coming-of-age manga series written and illustrated by Hiromu Arakawa, serialized in Shogakukan's Weekly Shōnen Sunday from April 2011 to November 2019. The story is set in the fictional Ooezo Agricultural High School in Hokkaido, and depicts the daily life of Yuugo Hachiken, a high school student from Sapporo who enrolled at Ezo fleeing from the demands of his strict father. However, he soon learns that life on an agricultural school is not as easy as he initially believed. Unlike his new classmates, he has no intention of following an agricultural career after graduating, although he envies them for already having set goals for their lives and the pursuit of their dreams.

Sword Art Online is a Japanese light novel series written by Reki Kawahara and illustrated by abec. The series takes place in the near future and focuses on protagonist Kazuto "Kirito" Kirigaya and Asuna Yuuki as they play through various virtual reality MMORPG worlds. Kawahara originally wrote the series as a web novel on his website from 2002 to 2008. The light novels began publication on ASCII Media Works' Dengeki Bunko imprint from April 10, 2009, with a spin-off series launching in October 2012. The series has spawned nine manga adaptations published by ASCII Media Works and Kadokawa. The novels and the manga adaptations have been licensed for release in North America by Yen Press. 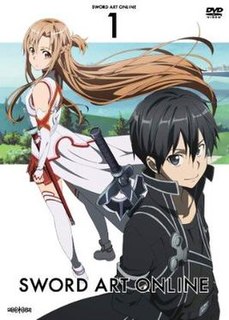 Sword Art Online is a science fantasy anime series adapted from the light novel series of the same title written by Reki Kawahara and illustrated by abec. It was produced by A-1 Pictures and directed by Tomohiko Itō. It is divided into the "Aincrad" and "Fairy Dance" arcs, respectively adapted from volumes 1, 2 and one story of 8, and 3&4 from the original material. The story of the first season follows the adventures of Kazuto "Kirito" Kirigaya and Asuna Yuuki, two players who are trapped in the virtual world of "Sword Art Online" (SAO). They are tasked to clear all 100 Floors and defeat the final boss in order to be freed from the game. Three months after the death game, Kazuto discovers that Asuna is being held captive in "ALfheim Online" (ALO), a spiritual successor to SAO, where the players assume the roles of fairies. Kazuto enters the game and allies himself with his sister Suguha "Leafa" Kirigaya to rescue Asuna from captivity.

Sayo Yamamoto is a Japanese anime director. She is known for directing the critically acclaimed anime series Michiko & Hatchin, Yuri!!! on Ice, and Lupin the Third: The Woman Called Fujiko Mine. After graduating from the College of Art and Design in Tokyo, she began work at Studio Madhouse, where she had her directing debut at age 25.

The second season of Sword Art Online, titled Sword Art Online II, is an anime series adapted from the light novel series of the same title written by Reki Kawahara and illustrated by Abec. It was produced by A-1 Pictures, and directed by Tomohiko Itō. It is divided into the story arc "Phantom Bullet" which adapts volume 5 and 6 and in the Side Stories "Calibur" and "Mother's Rosario" which are respectively adapted from volume 7 and 8 of the light novel. The episodes are each 23 minutes in length and adapts Kawahara's light novels from the fifth through the seventh volumes as well as parts of the eighth volume. The story of the second season follows Kazuto "Kirito" Kirigaya as he plays the new virtual reality game called "Gun Gale Online" (GGO), where he allies himself with a girl named Shino "Sinon" Asada and enters a tournament to investigate a player known only as "Death Gun", who has the ability to kill a person in the real world by killing their virtual avatar. Kirito and his friends return to "ALfheim Online" (ALO) to retrieve the Holy Sword Excaliber from Thrym, the King of the Frost Giants, in order to restore the city of Jötunheimr back to its former glory. Asuna befriends a girl named Yuuki Konno, leader of the Sleeping Knights, who asks Asuna to join them in one last quest together. However, Asuna later discovers that Yuuki is suffering from a terminal illness and does not have very long to live. 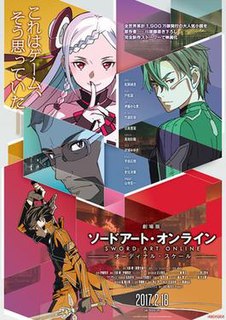 Sword Art Online The Movie: Ordinal Scale is a 2017 Japanese animated science fiction action adventure film based on the Sword Art Online light novel series written by Reki Kawahara and illustrated by abec. The film is produced by A-1 Pictures and directed by Tomohiko Itō, and is an official part of the Sword Art Online storyline, featuring an original story by Kawahara, character designs by Shingo Adachi and music by Yuki Kajiura. It was released in Japan, Southeast Asia, and Germany on February 18, 2017, in Mexico on March 4, 2017, and in the United States on March 9, 2017, as it premiered on Hollywood on March 1, 2017. The events of the film take place between the second and third seasons of the Sword Art Online anime series.

Occultic;Nine is a Japanese light novel series written by Chiyomaru Shikura, the creator of Steins;Gate. The series is licensed in English by J-Novel Club. A manga, illustrated by Ganjii, began serialization in October 2015. An anime television series adaptation by A-1 Pictures aired between 9 October 2016 and 25 December 2016.