The Chūgoku region, also known as the San'in-San'yō, is the westernmost region of Honshū, the largest island of Japan. It consists of the prefectures of Hiroshima, Okayama, Shimane, Tottori, and Yamaguchi. In 2010, it had a population of 7,563,428.

Okayama Airport is an airport in Okayama Prefecture, Japan. It is also known as Okayama Momotaro Airport.

Okayama is the capital city of Okayama Prefecture in the Chūgoku region of Japan. The city was founded on June 1, 1889.

Tomoki Kameda is a Japanese professional boxer who fights in the Super Bantamweight division. He is a former WBO Bantamweight Champion.

Heaven's Lost Property, is a Japanese manga series written and illustrated by Suu Minazuki. The plot revolves around Tomoki Sakurai, a boy who desires to live a peaceful life but encounters a fallen girl with wings, named Ikaros, who becomes his servant.

Hanazakari no kimitachi e 〜Ikemen Paradice〜 2011 (花ざかりの君たちへ〜イケメン☆パラダイス〜2011) is a 2011 Japanese television series. It is a remake of the 2007 drama series of the same name which is also based on the manga Hana Kimi, but it featured an entirely new cast.

Heaven's Lost Property the Movie: The Angeloid of Clockwork is a 2011 Japanese anime fantasy film based on the manga and anime series Heaven's Lost Property by Suu Minazuki. It was released on June 25, 2011 in Japan under the directorship of Hisashi Saitō. The film covers events involving Hiyori Kazane. The DVD version was released on February 24, 2012 in Japan and on February 26, 2013 in North America.

Tomoki Imai is a Japanese professional footballer who plays as a defender for Western United FC in the A-League.

Tomoki Iwata is a Japanese footballer who plays for Oita Trinita.

Tomoki Fujisaki is a Japanese football player. He plays for Azul Claro Numazu.

Tomoki Taniguchi is a Japanese football player. He plays for Azul Claro Numazu. 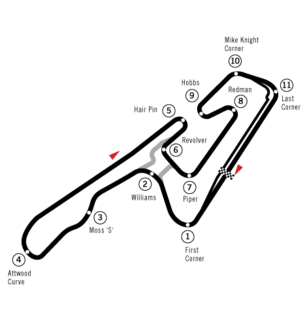 The 2017 Okayama GT 300km was the first round of the 2017 Super GT Series. It was held at the Okayama International Circuit in Mimasaka, Okayama Prefecture, Japan. Ryō Hirakawa and Nick Cassidy won the GT500 category whilst Nobuteru Taniguchi and Tatsuya Kataoka won the GT300 category.