Fancy Lala, known in Japan as Fancy Lala, the Magic Stage is a magical girl anime series produced by Studio Pierrot in 1998, following an OVA released in 1988. A two-volume manga adaptation by Rurika Kasuga ran in Ribon. The original designs were created by Akemi Takada, who worked on many of the 80s' Studio Pierrot series. The anime series has been licensed for English release by Bandai Entertainment.

Magical Meow Meow Taruto is a Japanese manga series created by Kaishaku. The series centers on the exploits of a race of pet cats, drawn as catgirls and the occasional catboy.

Emi Shinohara is a Japanese voice actress and singer employed by 81 Produce who is most known for voicing Sailor Jupiter in the original Japanese anime of Sailor Moon and Kushina Uzumaki in Naruto Shippuden. She was born in Fukushima Prefecture and raised in Nagano. She is married to tokusatsu actor Hiroshi Watari. She shares a birthday with fellow Sailor Moon star Rica Fukami, who voiced Sailor Venus.

Yūko Mizutani was a Japanese actress, voice actress, narrator and singer from Ama District, Aichi. Throughout her career, she worked with Production Baobab, and was working with Aoni Production at the time of her death. Mizutani was best known for her anime voice roles of Sakiko Sakura in Chibi Maruko-chan, Mihoshi Kuramitsu in Tenchi Muyo! and Pinoko in Black Jack. She also portrayed Excellen Browning in Super Robot Wars, Sora Takenouchi in Digimon Adventure, Leina Stol in Machine Robo: Revenge of Cronos, and Sarah Zabiarov and Cheimin Noa in Mobile Suit Zeta Gundam. Mizutani was the official Japanese voice actress for Minnie Mouse, and voiced her in the Kingdom Hearts franchise. 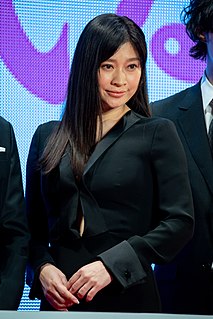 Ryoko Shinohara is a Japanese singer and actress.

Kumiko Onodera, better known as Kumiko Akiyoshi, is a Japanese actress. She won the award for best actress at the 1st Hochi Film Award for Banka, Saraba natsuno hikariyo and Brother and Sister. 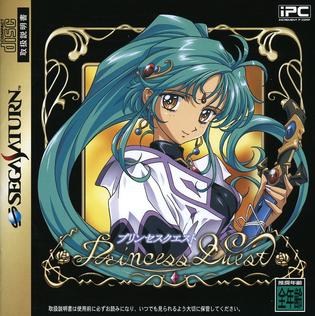 Princess Quest is a Japanese video game published in 1998 for the Sega Saturn system. It was subsequently ported to PC under the title Princess Quest R.

Rie Tomosaka is a Japanese actress and pop star from Mitaka-shi, Tokyo, born on October 12, 1979 in Nagano-shi, Nagano. She works for Itoh Company. From 1996 to 1997, she has also released music under the name Eri Sakatomo.

Princess Princess was a five-piece Japanese rock/pop girl band active from 1983 to 1996. They were previously known as "Julian Mama" and "Akasaka Komachi". After 16 years, they reunited in November 2012 for several concerts in order to help with recovery from the 2011 Tōhoku earthquake and tsunami. They performed six concerts; November 3 and 4 at the Sendai Sun Plaza Hall, then November 20, 21, 23 and 24 at Nippon Budokan in Tokyo. They performed at Tokyo Dome on December 23 and 24, 2012. They also performed at the 2012 Kōhaku Uta Gassen on New Year's Eve.

Kyoko Inoue is a Japanese female professional wrestler. She has held the WWWA World Single Championship three times, and is the first woman to win a men's title in Japan. She is also the founder of the joshi promotion NEO Japan Ladies Pro-Wrestling. After leaving NEO in May 2010, Inoue founded the World Woman Pro-Wrestling Diana promotion in January 2011. Kyoko Inoue was trained by famous Japanese wrestler, Jaguar Yokota.

Figure 17 - Tsubasa & Hikaru is a Japanese anime television series animated at OLM, Inc. and directed by Naohito Takahashi. The series featured character designs by Yuriko Chiba and music by Toshihiko Takamizawa. The series is unusual due to it having an hour time slot per episode rather than the standard half hour time slot.

Konami Yoshida is a Japanese voice actress from Tokyo, Japan.

Takako Inoue is a Japanese professional wrestler. She wrestled primarily for the All Japan Women's Pro-Wrestling promotion, and held several championships, primarily in tag team wrestling. She was well known as one-half of the tag team Double Inoue, which she formed with fellow wrestler Kyoko Inoue.

Tomoko Naka is a Japanese actress and voice actress.