Tomoko Kaneda (金田 朋子, Kaneda Tomoko, born May 29, 1973) is a Japanese voice actress and radio personality born in Yokohama, Japan. She had worked at Aoni Production for 11 years and had worked at freelance since April 2011 and it was announced to belong to Across Entertainment in August 2011. She graduated from Department of Architecture, Kanto Gakuin University. She is a member of the voice acting unit Drops, which included fellow voice actresses Mariko Kouda, Akemi Kanda, Ai Nonaka and Ryoko Shiraishi and of the voice acting unit SD-Children along with Miyu Matsuki.

Megumi Toyoguchi is a Japanese voice actress affiliated by 81 Produce. 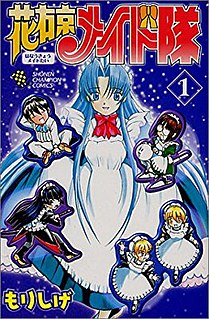 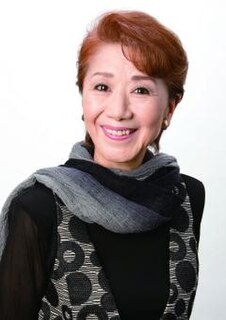 Toshiko Fujita was a Japanese actress, voice actress, singer and narrator. She was affiliated with Aoni Production at the time of her death.

Junko Minagawa is a Japanese voice actress affiliated with Haikyo. Her best-known role is Ryoma Echizen, the title character in The Prince of Tennis anime series. She sang some of the show's theme songs, insert songs, and character singles, some of which have charted in Oricon's single rankings. Other major roles include Ayaka Yukihiro in the Negima series, Akira in Aria, Cao Chun Yan in Fighting Beauty Wulong, Cornelia Li Britannia in Code Geass, Khamsin in Shakugan no Shana, Yoshitaka Nakabayashi in He Is My Master, Haruka Tenoh/Sailor Uranus in Sailor Moon Crystal, and Yun in Akatsuki no Yona.

Mariko Kouda is a Japanese actress, voice actress, J-pop singer and radio personality. She graduated from Kasukabe Kyōei High School and went on to major in Communications at Tamagawa University in Machida City, Tokyo, graduating in 1990. Kouda has had at least one song appear on the NHK program Minna no Uta.

Ayaka Saitō is a Japanese actress and voice actress formerly employed by Vocal before transferring to remax. She is best known for voicing Momiji Sohma in Fruits Basket, Tomoka Rana Jude in Girls Bravo, Mitsukuni Haninozuka in Ouran High School Host Club and Ruby in the Jewelpet franchise.

Chieko Honda was a Japanese actress and voice actress. During her life, she was attached to Tokyo Actor's Consumer's Cooperative Society and Mix Max; she was attached to Aoni Production at the time of her death. On February 18, 2013, Honda died of multiple forms of cancer while undergoing treatment. 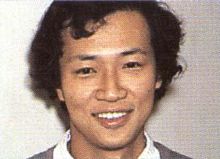 Toshikazu Shiozawa, better known by the stage name Kaneto Shiozawa, was a Japanese actor, voice actor and narrator from Tokyo. At the time of his death, he was attached to Aoni Production. He had a distinctive calm, aristocratic-sounding voice, which often typecast him as villainous or anti-heroic strategists and intellectuals. His stage name originated from the Japanese director Kaneto Shindō.

W Wish is a Japanese anime television series which aired as half of the Princess Hour with Final Approach as its second feature. It aired between October and December 2004. Like Final Approach, the show was based on a video game by the same name published by Trinet Entertainment.

Eiko Masuyama is a Japanese actress, voice actress and narrator from Tokyo Prefecture. She works for Aoni Production. She is most known for originating the roles of Fujiko Mine, Honey Kisaragi, and Bakabon's Mama.

Monthly Shōnen Sunday, alternately known as Get the Sun, is a monthly shōnen manga magazine published in Japan by Shogakukan since May 12, 2009. The magazine was announced in February 2009, with Hayashi Masato, at that time editor of Weekly Shōnen Sunday, editing the monthly magazine as well. The magazine has a target demographic of late teens to early twenties, similar to that of Shueisha's Jump Square.

Tomoko Kanazawa is a Japanese pop singer signed to Hello! Project as a member and leader of Japanese idol group Juice=Juice and a member of Hello! Pro Kenshuusei. Her official nickname is Kanatomo (かなとも). Her fruit in the group is the apple.

Wataru Mori is a Japanese actor who is represented by the talent agency, Sun Music Production.

Nicole Fujita is a Japanese model and tarento from Milford, New Zealand. She is represented by the talent agency Oscar Promotion and is currently active in Tokyo. She is an exclusive model for the fashion magazine ViVi.

Miyu Kubota is a Japanese voice actress, singer and idol from Saitama Prefecture. She is a member of I Ris. Kubota is affiliated with 81 Produce and Avex Pictures.