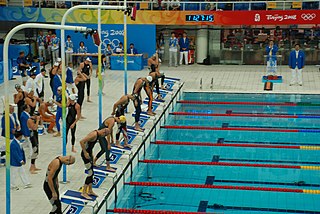 Swimming is an individual or team racing sport that requires the use of one's entire body to move through water. The sport takes place in pools or open water. Competitive swimming is one of the most popular Olympic sports, with varied distance events in butterfly, backstroke, breaststroke, freestyle, and individual medley. In addition to these individual events, four swimmers can take part in either a freestyle or medley relay. A medley relay consists of four swimmers who will each swim a different stroke, ordered as backstroke, breaststroke, butterfly and freestyle. Swimming each stroke requires a set of specific techniques; in competition, there are distinct regulations concerning the acceptable form for each individual stroke. There are also regulations on what types of swimsuits, caps, jewelry and injury tape that are allowed at competitions. Although it is possible for competitive swimmers to incur several injuries from the sport, such as tendinitis in the shoulders or knees, there are also multiple health benefits associated with the sport.

The women's 4 × 200 metre freestyle relay event at the 2016 Summer Olympics took place on 10 August at the Olympic Aquatics Stadium.

Devon Edwenna Aoki is an American actress and fashion model. Aoki's film roles include supporting roles in 2 Fast 2 Furious (2003) and Sin City (2005) and lead roles in DOA: Dead or Alive (2006) and Mutant Chronicles (2008). She is now considered as an icon in the fashion industry by models.com.

The men's 100 metre backstroke event at the 2004 Olympic Games was contested at the Olympic Aquatic Centre of the Athens Olympic Sports Complex in Athens, Greece on August 15 and 16.

Shinya Aoki is a Japanese mixed martial artist, professional wrestler and grappler currently competing in ONE Championship's and Rizin Fighting Federation's Welterweight division. A professional competitor since 2003, he is noted for being the DREAM Lightweight Champion, former two time ONE Lightweight Champion, former WAMMA Lightweight Champion and former Shooto Welterweight Champion. Aoki is an A-class Shoot wrestler and BJJ black belt, both under his long-term mentor Yuki Nakai, as well as a black belt judoka. As of 2008, Aoki, along with DEEP champion Masakazu Imanari, and Sengoku champion Satoru Kitaoka have founded the "Nippon Top Team" as a group of elite Japanese grapplers competing in MMA. As well as his MMA credentials, Aoki has garnered several submission grappling accolades including two All Japan Jiu-Jitsu Championships, a Japan Open Jiu-Jitsu Championship, a Budo Open Championship, and an ADCC Japan Championship.

Tomomi Morita is a backstroke swimmer from Japan. He represented his native country at the 2004 Summer Olympics in Athens, Greece. There, he won two bronze medals in the 100 m backstroke and as a member of the 4 × 100 m medley relay team. 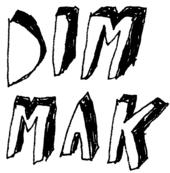 Steven Hiroyuki Aoki is an American musician, DJ, record producer and music executive. In 2012, Pollstar designated Aoki as the highest grossing dance artist in North America from tours. He has collaborated with artists such as will.i.am, Afrojack, LMFAO, Linkin Park, Iggy Azalea, Lil Jon, blink-182, Laidback Luke, BTS, Monsta X, Louis Tomlinson, Rise Against, Vini Vici, Lauren Jauregui, and Fall Out Boy and is known for his remixes of artists such as Kid Cudi. Aoki has released several Billboard-charting studio albums as well, notably Wonderland, which was nominated for Grammy Award for Best Dance/Electronica Album in 2013. He is the founder of the Steve Aoki Charitable Fund, which raises money for global humanitarian relief organizations. In 2019, Aoki published a memoir, Blue: The Color of Noise. 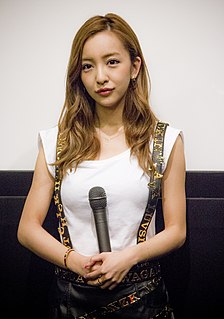 Aoki is a Japanese surname. People with the name include:

Rhona Isabel Simpson is a field hockey player from Scotland who has played for her country over 280 times. By 2014 she was Scotland’s most-capped hockey player and top goal scorer.

Atsushi Aoki was a Japanese professional wrestler who worked for All Japan Pro Wrestling (AJPW) as a wrestler, president of talent relations and head trainer at their dojo.

Tomomi Takahashi is a Japanese former pole vaulter who competed in the 1984 Summer Olympics.

Ai Aoki is a Japanese synchronised swimmer who competed in the 2008 Summer Olympics. Following her retirement from competition, Aoki became a "tarento", making regular appearances on Japanese television, including during the 2016 Summer Olympics.

Tomomi Tanaka is a Japanese long distance runner who specialises in the marathon. She competed in the women's marathon event at the 2016 Summer Olympics.