Tomomitsu Yamaguchi (山口智充, Yamaguchi Tomomitsu, born March 14, 1969) is a Japanese comedian, actor, voice actor, singer and presenter from Shijōnawate, Osaka. He is a graduate of the Osaka Prefecture North Shijōnawate Senior High School. He is currently attached to the Yoshimoto Creative Agency. He is best known as the boke half of the Manzai act "DonDokoDon" alongside tsukkomi Keiji Hirahata.

Kazuyoshi Morita, known by his stage name Tamori (タモリ), is a Japanese television celebrity. Known for his trademark dark sunglasses, Tamori is one of the "big three" television comedians in Japan along with Takeshi Kitano and Sanma Akashiya. For more than 30 years he hosted Waratte Iitomo!, a nationally televised live show broadcast every weekday at noon from October 1982 until March 2014. His likeness is the basis for the Piranha Plant in All Night Nippon Super Mario Bros.

Rikiya Otaka is a Japanese actor.

Hiroshi Tamaki is a Japanese actor, singer, and model from Nagoya, Japan. When he was still in high school, he was discovered by a talent agent while out shopping with friends. He made his debut in the drama Am I Weird? in 1998. Tamaki became more well known with his appearance in the 2001 film Waterboys.

Atsushi Tamura is a famous Japanese comedian from the Hikoshima area of Shimonoseki in Yamaguchi Prefecture, Japan.

Super Hero Time is a programming block on the Japanese television network TV Asahi featuring new episodes of tokusatsu television series from the Super Sentai and Kamen Rider Series. Both series have decades of history and have been intertwined in the public imagination for some time, not least of all because the driving creative force behind both was manga artist Shotaro Ishinomori and both were produced by the same production company, Toei Company; however, they did not air together until 2000 with Kamen Rider Kuuga and Kyuukyuu Sentai GoGoFive, though at the time they were not acknowledged together. Super Hero Time airs every Sunday morning, from 9:00 to 10:00 JST. The block is shown all over Japan via the All-Nippon News Network. Though, in other prefectures, one or both shows can be seen on other stations which are not affiliated with ANN.

Rumi Hiiragi is a Japanese actress.

Jun Kaname is a Japanese actor and tarento. He was born in Mitoyo, Kagawa and made his drama debut as an actor in 2001 in the Tokusatsu Series "Kamen Rider Agito". He appears not only in TV dramas but also in movies, commercial messages, variety TV programs, plays, and music videos. Kaname married a non-celebrity woman April 28, 2013.

Aya Ōmasa is a Japanese model and actress.

This article refers to sports broadcasting contracts in Japan. For a list of rights in other countries, see Sports television broadcast contracts. 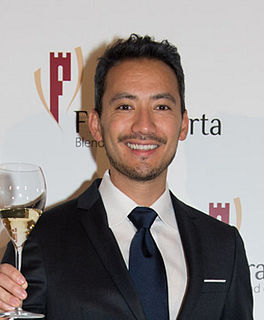 Francesco Bellissimo is an Italian celebrity chef, businessman, sommelier dell'Olio, actor, foreign tarento and martial artist. He holds the rank of 3rd dan black belt in Kyokushin karate. He is living and working in Japan, and nicknamed Italia no Taneuma. He is the president of the Italian Cooking Association in Japan, known as "Italian Ryouri Kenkyukai" in Japanese.

Ryo Katsuji is a Japanese actor and voice actor. He graduated from the Horikoshi High School.

Ryuta Sato is a Japanese actor and tarento represented by K Factory.

Koji Imada is a Japanese comedian, tarento and TV presenter. His talent agency is Yoshimoto Kogyo.

Akira Kawashima is a Japanese comedian, tarento and actor who has featured in films, television, and radio. He performs boke and writes all the material in his comedy duo Kirin. His partner is Hiroshi Tamura. Kawashima is represented by Yoshimoto Kogyo and is mainly active in Tokyo and Osaka.