His first photography exhibition "Universe" continued in this fashion with photographic media. In large scale photographs, Nagamoto created portraits of the all encompassing dreams of youth, idealization and melancholy. [3]

In 2008, Nagamoto started a new technique for his compositions; the use of ball-point pen and parchment. This style of art gained him critical success when he was featured on Bravo television in Star Portraits for his portrait of Canadian actor and icon Gordon Pinsent. [4]

As a visual artist as well as poet, Nagamoto often creates artwork featuring quotations and Haiku. "Hitch-Haiku" is a series of selected Haiku masters from both the East and West, ancient and modern, include 17th century's first great master Matsuo Bashō and the beat icons Jack Kerouac and William S. Burroughs.

His series "Life Lessons" is a project that aims to bridge the growing gap between the visual arts and literature by creating an artist book featuring hand-drawn portraits of historical icons past and present with their famous quotes. Currently running over 25 episodes (as of May 2012), Life Lessons in the Japanese edition was made into a magazine series which has been continuously published in Bits magazine, a Japanese cultural magazine published in Toronto, since 2009. [7]

He often works and collaborates with musicians. He co-organized a Shogi (Japanese chess) performance event for girl punk legends Shonen Knife at the Gladstone Hotel, Toronto, in 2003. [8] He directed a promotion video for "T-dog's theme" (2009) [9] and design CD cover "JAfro" (2012) [10] for his jazz pianist friend in New York, Toru Dodo. As art director, he contributed a charity compilation album for victims of Japan earthquake entitled "MapleLeaf RisingSun" (2012) [11] which was produced by Canadian music producer and bassist George Koller and George Rondina of Number 9 Audio Group.

He was presented with the "Best Artist" award from Now in 2002 and Eye Weekly in 2003 as one of the best local visual artists of the year. He also won Artfocus Magazine's Best in Mixed Media Award (2003) and Best in Pastel/Oil Stick Award (2000)

His work has been featured in design and set design on TV drama series Metropia (OMNI) in 2004. [12]

His early work has been featured on cover of Canadian author Matthew Fox's Cities of Weather (Cormorant Books). [13] 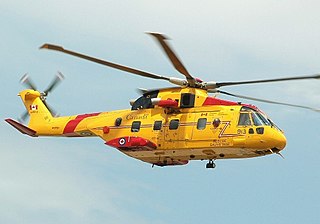 The AgustaWestland CH-149 Cormorant is the Canadian Forces designation for the AgustaWestland AW101, a helicopter used for air-sea rescue in Canada. Developed as a joint venture between Westland Aircraft in the UK and Agusta in Italy, the CH-149 is a medium-lift helicopter for military applications. 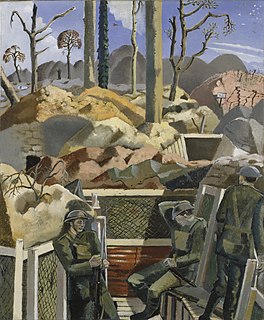 A war artist is an artist commissioned by a government or publication, or self motivated, to document their first hand experience of war in the form of an illustrative record or a depiction of how war shapes lives. War artists explore the visual and sensory dimensions of war, often absent in written histories or other accounts of warfare.

Yasumasa Morimura is a Japanese appropriation artist. He was born in Osaka and graduated from Kyoto City University of Arts in 1978. Since 1985, Morimura has primarily shown his work in international solo exhibitions, although he has been involved in various group exhibitions.

Gary Baseman is an American artist who investigates history, heritage, and the human condition. Through iconography and visual narratives that celebrate “the beauty of the bittersweetness of life,” his work brings together the worlds of popular culture and fine art.

Gabriel Rosenstock is an Irish writer who works chiefly in the Irish language. A member of Aosdána, he is poet, playwright, haikuist, tankaist, essayist, and author/translator of over 180 books, mostly in Irish. Born in Kilfinane, County Limerick, he currently resides in Dublin.

Pierre Coupey is a Canadian painter, poet, and editor.

Gifu is a city located in the south-central portion of Gifu Prefecture, Japan, and serves as the prefectural capital. The city has played an important role in Japan's history because of its location in the middle of the country. During the Sengoku period, various warlords, including Oda Nobunaga, used the area as a base in an attempt to unify and control Japan. Gifu continued to flourish even after Japan's unification as both an important shukuba along the Edo period Nakasendō and, later, as one of Japan's fashion centers. It has been designated a core city by the national government.

White Album is a Japanese adult visual novel developed by Leaf, and was originally released on May 1, 1998 for Microsoft Windows as a CD-ROM. A PlayStation 3 version published by Aquaplus with several modification was released in 2010. A sequel to the original visual novel, titled White Album 2, was released in two parts in 2010 and 2011. The gameplay in White Album follows a linear plot line, which offers pre-determined scenarios and courses of interaction, and focuses on the appeal of the female main characters. 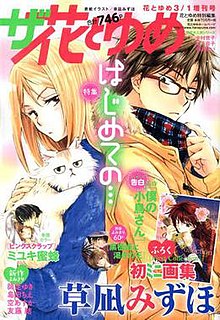 The Hana to Yume is a Japanese shōjo manga magazine published by Hakusensha on the 25th of January, April, July, and October.

Tadao Okazaki was born in wartime Tokyo. Okazaki and his ancestors have belonged to the Soto Sect of Zen Buddhism. Today, he lives in the Japanese North-east by former Fushiguro Village where his ancestors and parents had lived. His parents were successful wholesale merchants in Tokyo until the World War II. Two of his mother's brothers were air force pilots and died over the Pacific:

I used to have dreams where I was securely on the back of my mother, and see something like distant fireworks, which, I later realized seemed to be the great Tokyo Air Raid of the WWII.

Oluwafikayomi Oluwadamilola "Fikayo" Tomori is a professional footballer who plays as a centre back for Premier League club Chelsea and the England national team. Born in Calgary to Nigerian parents, Fikayo has represented both Canada and England at youth level. Mainly playing as a centre-back, Tomori can also play as a right-back.

Erika DeFreitas is a Toronto-based artist who works in textiles, performance and photography.

Tomori is both a surname and a given name. Notable people with the name include:

Cross My Palm is the eleventh studio album by Japanese singer Akina Nakamori, released on 25 August 1987 by Warner Pioneer. It was Nakamori's first English-language album.

Fixer is the twenty fourth studio album by Japanese singer Akina Nakamori and first studio album to be released during the 2010s. It was released on 26 August 2009 under the Universal Music Japan label. It's Nakamori's first original albums after a hiatus of four years. 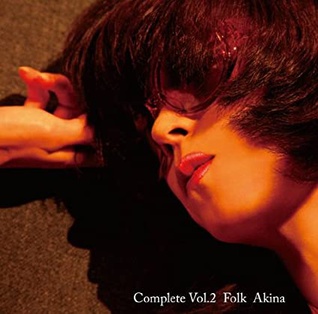 Folk Song 2: Utahime Aishouka is the cover album by Japanese singer Akina Nakamori. Although the original release was scheduled on 22 July, it was postponed one week on 29 July 2009 under the Universal Music Japan. It's Nakamori's seventh cover album.