Tomorrow Is My Turn

Tomorrow Is My Turn

Le Passage du Rhin is a 1960 French film directed by André Cayatte. It was released in the USA as Tomorrow is My Turn.

Charles Aznavour was a French-Armenian singer, lyricist, and diplomat. Aznavour was known for his distinctive tenor voice: clear and ringing in its upper reaches, with gravelly and profound low notes. In a composer/singer/songwriter career spanning over 70 years, he recorded more than 1,200 songs interpreted in nine languages. Moreover, he wrote or co-wrote more than 1,000 songs for himself and others. 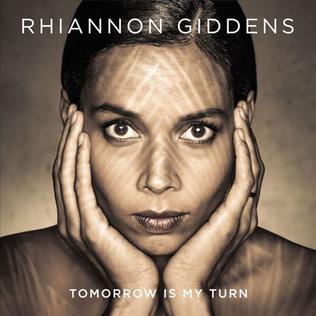 Tomorrow Is My Turn is the first studio album from Rhiannon Giddens. Nonesuch Records released the album on February 10, 2015. She worked with T Bone Burnett, in the production of this album. The album was nominated for Best Folk Album at the 58th Annual Grammy Awards. The title song is Nina Simone's English version of "Charles Aznavour's 1962 hit "L'Amour, c'est comme un jour".

Shoot the Piano Player is a 1960 French New Wave crime drama film directed by François Truffaut and starring Charles Aznavour as the titular pianist. It is based on the novel Down There by David Goodis. 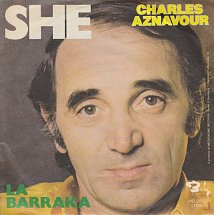 "She" is a song written by Charles Aznavour and Herbert Kretzmer and released by Aznavour as a single in 1974. The song was written in English as a theme tune for the British TV series Seven Faces of Woman. 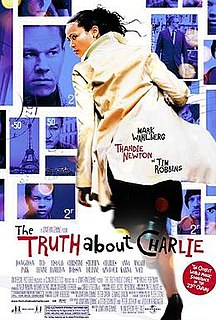 The Truth About Charlie is a 2002 American-French film. It is a remake of Charade (1963) and an homage to François Truffaut's Shoot the Piano Player (1960) complete with the French film's star, Charles Aznavour, making two appearances singing his song "Quand tu m'aimes". The film was produced, directed and co-written by Jonathan Demme, and stars Mark Wahlberg and Thandie Newton in the roles once played by Cary Grant and Audrey Hepburn in Charade.

La bohème is an 1896 opera by Giacomo Puccini.

"Hier Encore", whose original French title translates as something like "Just yesterday" or "Not so long ago", is a song written by Charles Aznavour and released in September 1964. 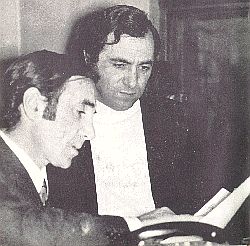 Georges Diran Garvarentz was an Armenian-French composer, noted for his music for films and Charles Aznavour's songs.

Patricia "Seda" Aznavour is a French-Armenian singer and artist, the daughter of Charles Aznavour.

"The Old Fashioned Way" is the English version of Charles Aznavour's Les plaisirs démodés song. The song was released in 1973 by Barclay Records as a single and became a hit in the Netherlands (#5), Belgium and in the UK.

This is a discography for Charles Aznavour.

Charles Aznavour, released in December 1961, is the eighth French studio album by the French-Armenian singer Charles Aznavour. This album is also known under the title "Il faut savoir". It was in TOP 10 charts in France, Italy, Belgium, Israel and other countries.The album includes songs by Charles Aznavour, Georges Garvarentz, Michel Legrand, Eddie Barclay and others.

Charles Aznavour, released on January 1961, is the seventh French studio album by the French-Armenian singer Charles Aznavour. This album is also known under the title "Je m'voyais déjà". The album includes songs by Charles Aznavour, Georges Garvarentz, and others. According to The book of golden discs, 'J'm voyais deja' was one of the hits which from 1961 helped Aznavour to become "an international favourite". The album became a bestseller in Belgium and a hit in France.

Aznavour 65 is the sixteenth French studio album by the French-Armenian singer Charles Aznavour, released in 1965. According to Allmusic, the album captures "one of French pop's best singers at the height of his talent". In 1965 The New Yorker called it Aznavour's most exciting album.

"Sur ma vie" is a song written by Armenian-French artist Charles Aznavour. In April 1956 it became Aznavour's first no. 1 hit in France.

The Days may refer to:

"L'amour, c'est comme un jour" is a 1962 song by Charles Aznavour written by Aznavour, with lyrics by Yves Stéphane. An Italian version "L'amore E Come Un Giorno", with lyrics by Sergio Bardotti, followed in 1964. An English version "Tomorrow is My Turn", with lyrics by Marcel Stellman, was recorded by Nina Simone on the 1965 album I Put a Spell on You. Aznavour recorded the song multiple times, including as a duet with Sting for Aznavour's 2009 album Duos. The English version became the title song for Rhiannon Giddens 2015 solo debut album Tomorrow Is My Turn.

This is a filmography for French singer Charles Aznavour. In a career spanning over 70 years, he appeared in more than 60 feature films and was the subject of at least three documentary films.