The Rōjū (老中), usually translated as Elder, was one of the highest-ranking government posts under the Tokugawa shogunate of Edo period Japan. The term refers either to individual Elders, or to the Council of Elders as a whole; under the first two shōguns, there were only two Rōjū. The number was then increased to five, and later reduced to four. The Rōjū were appointed from the ranks of the fudai daimyōs with domains of between 25,000 and 50,000 koku. 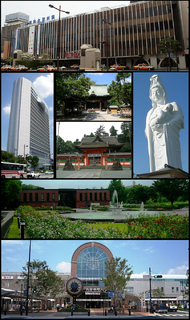 Kurume is a city in Fukuoka Prefecture, Japan. 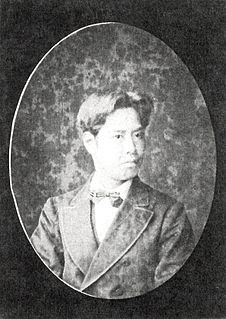 Yunagaya Domain was a minor fudai feudal domain under the Tokugawa shogunate of Edo period Japan. based in southern Mutsu Province in what is now part of modern-day Iwaki, Fukushima. It was ruled for the entirety of its history by the Naitō clan. The domain was initially known as Yumoto Domain

Naitō, Naito or Naitou is a Japanese name, also transliterated as Naitoh or Nightow. Notable people with the surname include:

Yasuo is a masculine Japanese given name. 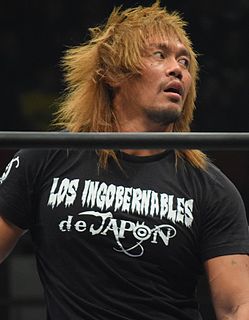 Tetsuya Naito is a Japanese professional wrestler signed to New Japan Pro-Wrestling (NJPW), where he is the current IWGP Heavyweight Champion in his second reign and the IWGP Intercontinental Champion in his fifth reign. He is also the leader of the Los Ingobernables de Japon faction.

Keisuke Naito is a Japanese footballer who plays for Tokyo Verdy. 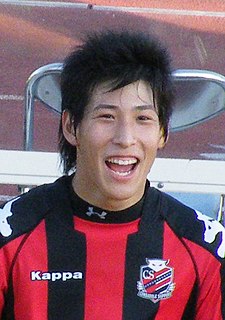 Takaya Osanai is a Japanese football player for ReinMeer Aomori.

Los Ingobernables de Japon, also shortened to L.I.J., is a Japanese professional wrestling stable, based in the New Japan Pro-Wrestling (NJPW) promotion and led by Tetsuya Naito. An offshoot of the Mexican stable Los Ingobernables from the Consejo Mundial de Lucha Libre (CMLL) promotion, the group was formed in November 2015 by Naito, Bushi and Evil, but has since come to also include Sanada, Hiromu Takahashi, and Shingo Takagi. Through NJPW's working relationship with other companies, they have also appeared in CMLL and in the American Ring of Honor (ROH) promotion.

Kanako Naito was a Japanese female volleyball player, who played as a middle blocker.

Keita Saito is a Japanese football player for Blaublitz Akita. 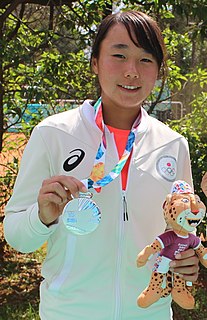 Yuki Naito is a Japanese tennis player. Naito has been ranked as high as world number 175 in singles and 224 in doubles by the Women's Tennis Association (WTA). In November 2016, she won the doubles tournament at the Ando Securities Open in Tokyo, partnering Rika Fujiwara. The pair defended their title the following year.

Ginga Densetsu Akame is a Japanese manga series written and illustrated by Yoshihiro Takahashi. It tells the story of Hakutaka, one of Akame's ancestors who was dubbed the "first Akame". 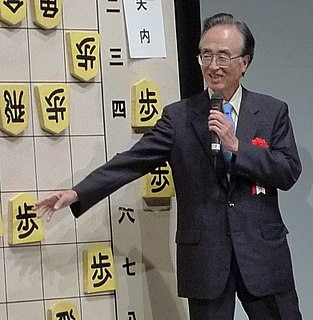 Kunio Naitō is a retired Japanese professional shogi player who achieved the rank of 9-dan.

Taiki Naito is a Japanese kickboxer.

Rune Naito was the pen name of Japanese artist, illustrator, writer, and designer Isao Naito. His illustrations of "large-headed" (nitōshin) baby-faced girls, first drawn for Japanese magazines in the mid-1950s, are credited with pioneering the contemporary culture and aesthetic of kawaii. He is further noted for his contributions to the Japanese gay men's magazine Barazoku, the first commercially circulated gay magazine in Japan.