Tomtabacken is a hill in the province of Småland, Sweden. 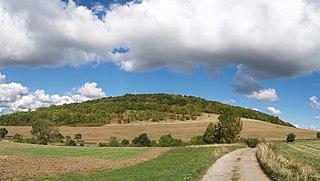 It is situated in the southern part of the Nässjö Municipality, about 22 km southwest from Nässjö town. The summit area is quite flat, and it has a lookout tower which affords a view over the forested Småland landscape. With a height of 377 meters (1,237 ft), Tomtabacken is the highest point in Småland province and in the southern land of Götaland. 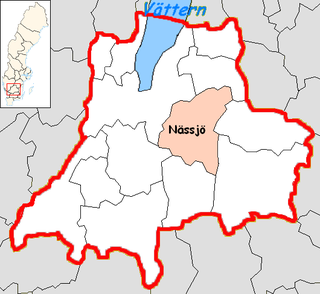 Nässjö Municipality is a municipality in Jönköping County, southern Sweden where the town Nässjö is situated.

The lands of Sweden are three traditional parts, each consisting of several provinces, in Sweden. The division into lands goes back to the foundation of modern Sweden, when Götaland, the land of the Geats, merged with Svealand, the land of the Swedes, to form the country. While Norrland and Österland were added later. The lands have no administrative function but are still seen by many Swedes as an important part of their identity. 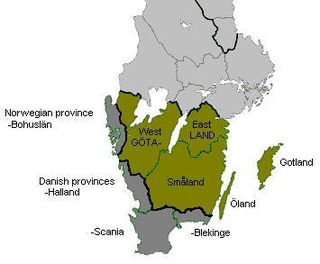 The summit of Tomtabacken is accessible by road from the nearby towns of Malmbäck or Vrigstad, or on foot along the Höglandsleden trail, which passes beside the lookout tower. 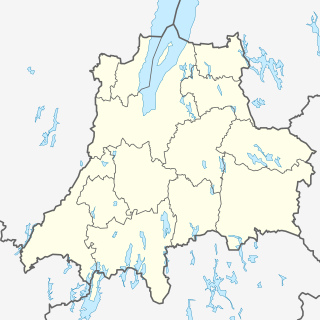 Malmbäck is a locality situated in Nässjö Municipality, Jönköping County, Sweden with 1,031 inhabitants in 2010.

Vrigstad is a locality situated in Sävsjö Municipality, Jönköping County, Sweden with 1,421 inhabitants in 2010.

Temperatures on Tomtabacken are lower all year round than those of the surrounding area.

Dalsland is a Swedish traditional province, or landskap, situated in Götaland in southern Sweden. Lying to the west of Lake Vänern, it is bordered by Värmland to the north, Västergötland to the southeast, Bohuslän to the west, and Norway to the northwest. 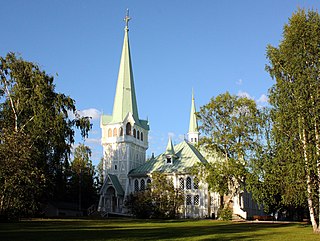 Jokkmokk is a locality and the seat of Jokkmokk Municipality in Norrbotten County, province of Lapland, Sweden, with 2,786 inhabitants in 2010. The Sámi name of the place means "River's Curve," due to the meandering river that runs through it. It is just north of the Arctic Circle. 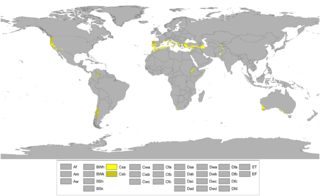 A Mediterranean climate or dry summer climate is characterized by rainy winters and dry summers, with less than 40 mm of precipitation for at least three summer months. While the climate receives its name from the Mediterranean Basin, these are generally located on the western coasts of continents, between roughly 30 and 43 degrees north and south of the equator, typically between oceanic climates towards the poles, and semi-arid and arid climates towards the equator. 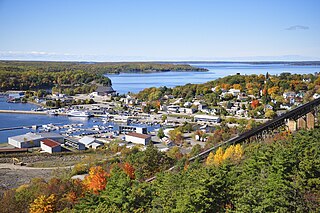 Parry Sound is a town in Ontario, Canada, located on the eastern shore of the sound after which it is named. Parry Sound is located 160 km (99 mi) south of Sudbury and 225 km (140 mi) north of Toronto. It is a single tier government located in the territorial District of Parry Sound which has no second tier County, Regional or District level of government. Parry Sound is a popular cottage country region for Southern Ontario residents. It also has the world's deepest natural freshwater port. 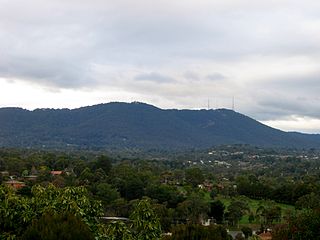 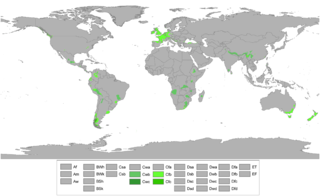 An oceanic climate, also known as a marine or maritime climate, is the Köppen classification of climate typical of west coasts in higher middle latitudes of continents, and generally features mild summers and mild winters, with a relatively narrow annual temperature range and few extremes of temperature, with the exception for transitional areas to continental, subarctic and highland climates. Oceanic climates are defined as having a monthly mean temperature below 22 °C (72 °F) in the warmest month, and above 0 °C (32 °F) in the coldest month. 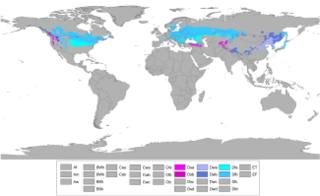 A humid continental climate is a climatic region defined by Russo-German climatologist Wladimir Köppen in 1900, typified by large seasonal temperature differences, with warm to hot summers and cold winters. Precipitation is usually distributed throughout the year. The definition of this climate regarding temperature is as follows: the mean temperature of the coldest month must be below −3 °C (26.6 °F) and there must be at least four months whose mean temperatures are at or above 10 °C (50 °F). In addition, the location in question must not be semi-arid or arid. The Dfb, Dwb and Dsb subtypes are also known as hemiboreal. 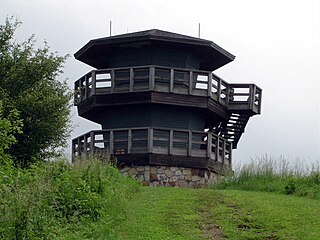 High Knob is the peak of Stone Mountain, that forms part of the border between Scott County and Wise County, Virginia, near the city of Norton that rises to 4,223 feet (1,287 meters) above mean sea level. 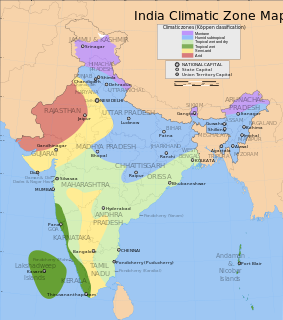 India has a large variation in climate from region to region, due to its vast size. India experiences climate from four major climate groups. These can be further subdivided into seven climatic types. For ecological regions, see Ecoregions of India, for Regions see List of regions of India.

Blairton is an unincorporated community on Opequon Creek located east of Martinsburg in Berkeley County, West Virginia. Blairton was originally named Opequan Station because of its location on the Opequon along the railroad. 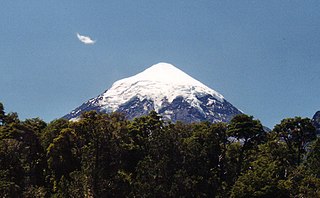 Lanín National Park is a national park of Argentina, located in the Neuquén Province, with forests of diverse tree varieties, mainly Fagaceae and conifers such as the lenga and the Araucaria, many species of which are not found elsewhere in Argentina.

Milwaukee has a humid continental climate, with four distinct seasons and wide variations in temperature and precipitation in short periods of time. The city's climate is also strongly influenced by nearby Lake Michigan, which creates two varying climates within the Milwaukee area. The Urban heat island effect also plays a role in the city's climate, insulating it from winter cold, but keeping it cooler in spring and summer. 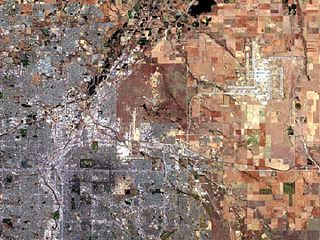 The City and County of Denver, Colorado, is located at 39°43'35" North, 104°57'56" West in the Colorado Front Range region. The Southern Rocky Mountains lie to the west of Denver and the High Plains lie to the east. 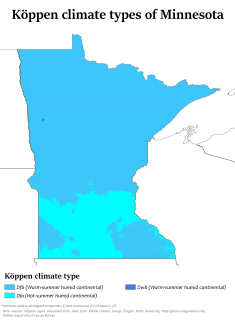 Minnesota has a continental climate, with hot summers and cold winters. Minnesota's location in the Upper Midwest allows it to experience some of the widest variety of weather in the United States, with each of the four seasons having its own distinct characteristics. The areas near Lake Superior in the Minnesota Arrowhead region experience weather unique from the rest of the state. The moderating effect of Lake Superior keeps the surrounding area relatively cooler in the summer and relatively warmer in the winter, giving that region a smaller yearly temperature range. On the Köppen climate classification, much of the southern third of Minnesota—roughly from the Twin Cities region southward—falls in the hot summer humid continental climate zone (Dfa), and the northern two-thirds of Minnesota falls in the warm summer great continental climate zone (Dfb). 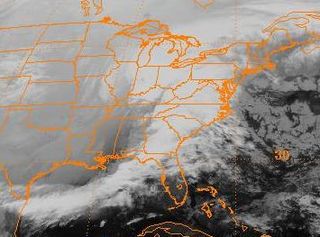 A historic snowstorm struck the Ohio Valley of the United States, as well as Ontario in Canada, on December 22 and December 23 and is not the same storm that led to snow in Texas on Christmas Eve. It lasted roughly 30 hours, and brought snowfall amounts up to 37 inches (73.7 cm) to portions of the Midwestern United States. Damages from the storm totaled US$900 million (2004 dollars). A total of 18 died during the storm, one from Canada, mainly due to car accidents. 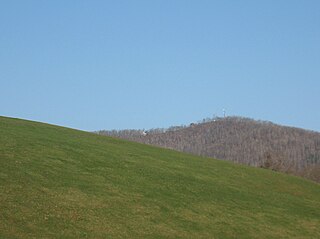 Woody's Knob, at an elevation of 4,170 feet, is a summit or "knob" in the Blue Ridge Mountains and one of the highest points in the unincorporated village of Little Switzerland and in Mitchell County, North Carolina. 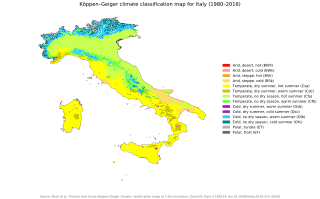 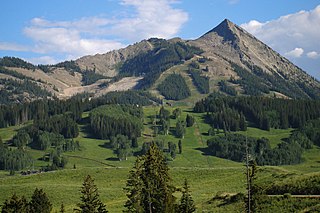 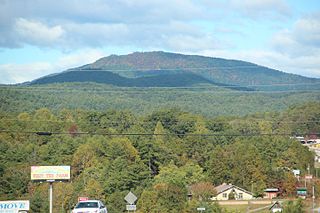 Glassy Mountain is a mountain in the Chattahoochee National Forest in Rabun County, Georgia, with its USGS GNIS summit at 34°50′44″N83°30′02″W, which is 3,415 feet (1,041 m) AMSL. It is bypassed on its northern flank by a major two-lane highway that carries U.S. Route 76 and Georgia State Route 2 east and west.