Last updated March 15, 2021
"Tonale" redirects here. It is not to be confused with Monte Tonale.

It connects Valcamonica and Val di Sole. It is delimited by the Ortler Alps to the north and the Adamello range to the south.

The pass has hotels and shops for tourists in winter, as the land around the pass is used for winter sports - mainly skiing (see Adamello Ski Raid) and snowboarding.

During World War I the place was heavily fought for between Italians holding Western side (Lombardy) and the troops of Habsburg Empire holding the Eastern side (Trentino). A memorial for the fallen Italian soldiers was erected during the fascist period.

The Brenner Pass is a mountain pass through the Alps which forms the border between Italy and Austria. It is one of the principal passes of the Eastern Alpine range and has the lowest altitude among Alpine passes of the area.

The Province of Brescia is a Province in Lombardy, northern Italy. It has a population of some 1,265,964 and its capital is the city of Brescia. 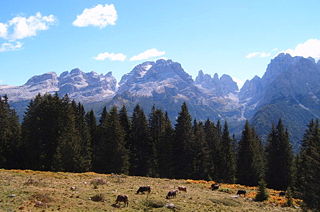 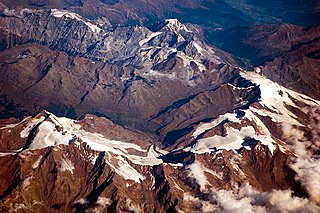 The Ortler Alps are a mountain range of the Southern Limestone Alps mountain group in the Central Eastern Alps, in Italy and Switzerland.

The Adamello-Presanella Alps Alpine group is a mountain range in the Southern Limestone Alps mountain group of the Eastern Alps. It is located in northern Italy, in the provinces of Trentino and Brescia. The name stems from its highest peaks: Adamello and Presanella. 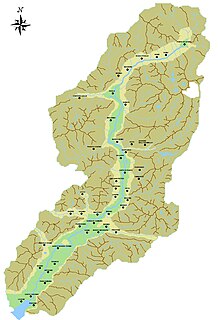 Val Camonica is one of the largest valleys of the central Alps, in eastern Lombardy, Italy. It extends about 90 kilometres (56 mi) from the Tonale Pass to Corna Trentapassi, in the commune of Pisogne near Lake Iseo. It has an area of about 1,335 km2 (515 sq mi) and 118,323 inhabitants.

The Sole Valley is a valley in Trentino, northern Italy.

Presanella is a mountain in the Adamello-Presanella range of the Italian Alps of northern Italy. Presanella has an elevation of 3,558 meters and is located in the Adamello Brenta National Park within the Trentino province of Italy.

Peio is a comune (municipality) in Trentino in the northern Italian region Trentino-Alto Adige/Südtirol, located about 80 kilometres (50 mi) northwest of Trento. As of 31 December 2004, it had a population of 1,892 and an area of 162.3 square kilometres (62.7 sq mi).

The Sella Pass (2218 m) is a high mountain pass between the provinces of Trentino and South Tyrol in Italy.

The Caffaro is a 25 km river of northern Italy whose course lies within the Province of Brescia, sometimes forming the border with Trentino. It belongs to the basin of Lago d'Idro. 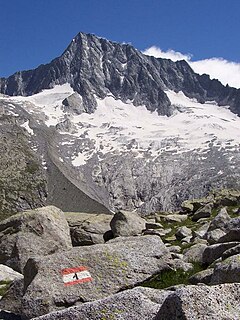 Adamello is a mountain in Lombardy, Italy. With an elevation of 3,539 metres (11,611 ft), it is the second highest peak of the Adamello-Presanella Alps. It is located in Valcamonica, Lombardy.

Monte Tonale is a mountain in Lombardy, Italy. It has an elevation of 2,694 and 2,696 metres above sea level.

The Southern Rhaetian Alps are a mountain range in the southern part of the Alps.

The Alpini are a specialised mountain warfare infantry corps of the Italian Army, which distinguished itself in World War I fighting in the Alps against Austro-Hungarian Kaiserjäger and the German Alpenkorps. The Alpini were supported by the Mountain Artillery, which both share the Cappello Alpino as identifying symbol. Below follow tables listing the regiments, battalions and groups, companies and batteries of the Alpini and Mountain Artillery active in World War I. 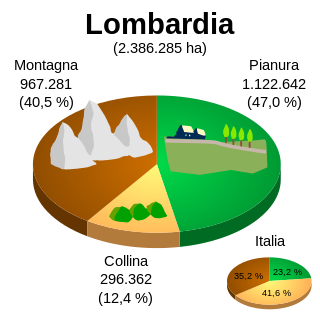 The White War, is the name given to the fighting in the high-altitude Alpine sector of the Italian front during the First World War, principally in the Dolomites, the Ortles-Cevedale Alps and the Adamello-Presanella Alps. More than two-thirds of this conflict zone lies at an altitude above 2,000m, rising to 3905m at Mount Ortler. In 1917 New York World correspondent E. Alexander Powell wrote: “On no front, not on the sun-scorched plains of Mesopotamia, nor in the frozen Mazurian marshes, nor in the blood-soaked mud of Flanders, does the fighting man lead so arduous an existence as up here on the roof of the world.”