Last updated March 20, 2021
This article is about the district. For the constituency, see Tonbridge and Malling (UK Parliament constituency).

Tonbridge and Malling is a local government district with borough status in Kent, England. Tonbridge is the largest settlement but the authority is based in the modern development of Kings Hill.

Tonbridge and Malling Borough covers an area from the North Downs at Burham and Snodland in the north to the town of Tonbridge in the south. The River Medway meanders north-east through the borough towards the Medway Gap, having in the west of the area received the River Eden. The castle-passing Eden Valley Walk is also mostly in this borough.

The district was created on 1 April 1974 by the merger of the urban district of Tonbridge, together with Malling Rural District and the civil parishes of Hadlow and Hildenborough from Tonbridge Rural District.

The area has been occupied for thousands of years. The Neolithic people left behind much evidence: megaliths such as Kit's Coty House at Aylesford and the Coldrum Stones at Trottiscliffe; and the Long barrows at Addington being examples. Bronze and Iron Age finds are also plentiful. There is evidence of the Romano-British civilisation along the Medway Valley.

The immediate district of Tonbridge is omitted from the Domesday Book; however most other settlements in the Borough are included. Castles were built at Tonbridge, Allington and West Malling in the 13th century. Religious houses: Malling, Aylesford and Tonbridge were built: one such was St Mary's Abbey dating from 1092. Aylesford Priory on the banks of the Medway, was built in the 13th century.

There are surviving medieval manor houses including Ightham Mote and Old Soar Manor.

Tonbridge district can be divided in two distinct areas, which were divided at the beginning of the nineteenth century by the woods and heaths of the ragstone (1) ridge from Great Comp to East Malling. Northwards lies the well peopled Vale of Holmesdale with the market town of West Malling as the principal centre of population, an area crossed lengthways by the railway and motorway (M20); southwards of the ridge is the heavy clay of the Weald and valley of the Medway [1]

The land included is mainly agricultural – orchards, and livestock in the main – although major business parks and buildings within 30 miles (50 km) coupled with the railways and the motorway means a majority of working residents commute to work in the more built-up villages and Tonbridge. The new settlement of Kings Hill can be regarded as equally tied in with the economy of Maidstone to that of parts of Kent further to the western extremity.

A remnant of the once flourishing hop-growing industry is provided by a tourist attraction at Beltring: once the Whitbread Hop Farm, it puts on weekend exhibitions and shows. Tonbridge and Malling has 27 listed buildings in the highest category of the national system, Grade I. This includes eight churches, five reduced structures left over from St Mary's Abbey or Malling Abbey, West Malling and four manor houses, mostly built by lower social ranks than the titled nobility.

A diverse materials and appearance construction is Ightham Mote which is recognised in the highest category of the UK's architecture listing system, Grade I, though no longer in private hands. East Malling Research Station disseminates results of research into matters affecting horticultural crops, with particular emphasis on the fruit, hop and nursery stock industries.

Many of the villages are beside long-distance walks with tourist accommodation enabling tours of the orchards and bluebell woods.

Housing ranges from mid-rise in relatively small areas of towns to low-rise housing, generally with gardens in the villages and most parts of the towns.

Tonbridge and Malling Borough Council is based in Kings Hill, with an area office at Tonbridge Castle. The borough is divided for political purposes, into 26 wards, including seven in the town of Tonbridge (Cage Green, Castle, Higham, Judd, Medway, Trench and Vauxhall wards). Outside the town, councillors serve wards covering the following villages or groups of villages, many of which have parish councils also (see below):

Following the 2015 elections, the political makeup of the council is the following: 48 Conservative, 4 Liberal Democrats and 2 Independents

The lower tier of local government is the civil parish. In this district they are as follows:

Tonbridge, being the former area of Tonbridge Urban District Council, is an unparished area.

In the Parliament of the United Kingdom, the area is covered by the larger Tonbridge and Malling Parliamentary Constituency and part of Chatham and Aylesford Parliament constituency.

The council has 45 Conservative and 7 Liberal Democrat councilors as of March 2012. [2]

The South Eastern Main Line on the route London – Tonbridge – Ashford International – Dover crosses the west of the borough with stations at Hildenborough and Tonbridge.

The Maidstone East Line on the route Victoria – Maidstone East – Ashford International – Canterbury – Thanet with its stations at Borough Green & Wrotham, West Malling for Kings Hill, East Malling and Barming crosses the north of the borough.

The High Speed 1 line with Eurostar services crosses the north of the borough, but there are no stations here, although southeastern high speed commuter services to / from London St Pancras call at Snodland during the morning and evening peak periods.

In addition there are long distance footpaths, among them the Greensand Way, the Medway Valley Walk, the Wealdway and the Eden Valley Walk.[ citation needed ]

Tonbridge and Malling has youth projects and organisations including Cupid FM , the first ever youth radio station or project of its kind within the area. The project received funding and support from Kent County Council and Tonbridge & Malling Borough Council, and during 2006 set up a studio and online broadcast which came to a close in November of that year. The station was run by local teens and music was populated by the latest chart hits.

The following people and military units have received the Freedom of the Borough of Tonbridge and Malling. 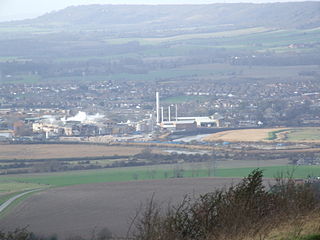 Snodland is a small town in the borough of Tonbridge and Malling in Kent, England. It lies on the River Medway, between Rochester and Maidstone, and approximately 27 miles (43 km) from central London. At the 2011 Census, it had a population of 10,211. 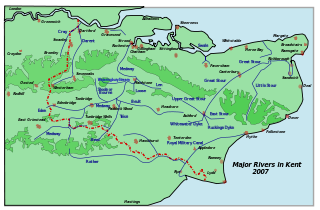 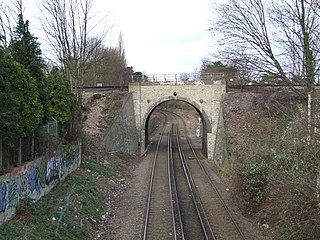 The Medway Valley line is the name given to the railway line linking Strood and the Medway Towns with Maidstone West and onward to Paddock Wood & Tonbridge. High Speed services also link between Maidstone West, Aylesford, Strood and London St Pancras International. The section from Maidstone West to Tonbridge passes through some of Kent's most picturesque countryside along the narrower sections of the River Medway.

Maidstone West railway station is one of three railway stations which serve the town of Maidstone, the county town of Kent, England. It is on the Medway Valley Line, 42 miles 36 chains (68.3 km) from London Charing Cross via Strood and situated between Maidstone Barracks and East Farleigh. The station and all trains that call are operated by Southeastern.

New Hythe railway station is on the Medway Valley Line in Kent, England, serving the village of New Hythe. It is 38 miles 3 chains (61.2 km) down the line from London Charing Cross via Strood and is situated between Snodland and Aylesford. The station and all trains that call are operated by Southeastern. 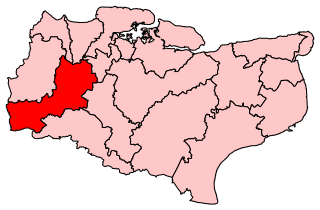 Tonbridge and Malling is a constituency represented in the House of Commons of the UK Parliament since 2015 by Tom Tugendhat, a Conservative. The constituency is located in Western Kent, in South East England.

Chatham and Aylesford is a constituency represented in the House of Commons of the UK Parliament since 2010 by Tracey Crouch, a Conservative. 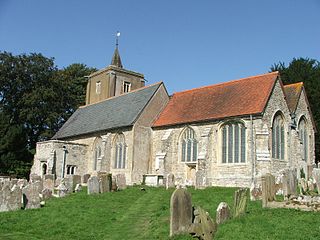 The A228 road is an important transport artery in Kent, England. It begins at the Isle of Grain and runs in a south-westerly direction to connect eventually with the A21 trunk road at Pembury. It serves existing communities and new and proposed housing developments and commercial enterprises. The most influential force on the recent upgrading of the road has been the development of Kings Hill near West Malling.

Elections to Tonbridge and Malling Borough Council in Kent, United Kingdom are held every four years. Since the last boundary changes in 2003, 53 councillors have been elected from 26 wards. 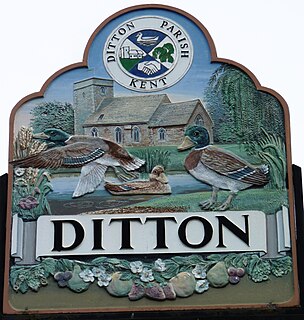 Ditton is a large village and civil parish in the borough of Tonbridge and Malling in Kent, England. The village is 4.6 miles (7.4 km) west-northwest of Maidstone and 1.8 miles (2.9 km) east of West Malling. The parish, which is long and narrow, straddles the A20, with farmland to the south and industry to the north. It lies in the Medway Valley, on the northern edge of the Kent Weald, and adjoins the ancient parishes of Larkfield, Aylesford and Barming.

Ryarsh is a village and civil parish in the local government district of Tonbridge and Malling in Kent, England. It is home to around 1,000 residents. Ryarsh is west of Maidstone and north of West Malling and Kings Hill.

The River Bourne rises in the parish of Ightham, Kent and flows in a generally south easterly direction through the parishes of Borough Green, Platt, Plaxtol, West Peckham, Hadlow, and East Peckham where it joins the River Medway. In the 18th century the river was known as the Busty or Buster, the Shode or Sheet, but is not known by these names nowadays. A bourne is a type of stream, while shode means a branch of a river.

An election was held on 2 May 2019 to elect all 54 members of Tonbridge and Malling Borough Council. Parish council elections were held on the same day.