Tondabayashi (富田林市, Tondabayashi-shi) is a city located in Osaka Prefecture, Japan. The city was founded on April 1, 1950.

This city is home to the biggest annual fireworks display in the world,[ citation needed ] the PL Art of Fireworks Display. The display consists of a minimum of 100,000 shells fired in less than an hour. Tondabayashi's sister city is Bethlehem, Pennsylvania.

Osaka is a designated city in the Kansai region of Honshu in Japan. It is the capital city of Osaka Prefecture and the largest component of the Keihanshin Metropolitan Area, the second largest metropolitan area in Japan and among the largest in the world with more than 20 million inhabitants.

Ise, formerly called Ujiyamada (宇治山田), is a city located on the eastern tip of Kii Peninsula, in central Mie Prefecture, on the island of Honshū, Japan, facing Ise Bay. Ise is home to Ise Grand Shrine, the most sacred Shintō shrine in Japan. The city has a long-standing title – Shinto (神都) – that roughly means "the Holy City", and literally means "the Capital of the Kami". Most of the city is within the geographic limits of Ise-Shima National Park.

Kishiwada is a city located in Osaka Prefecture, Japan. The city was founded on November 1, 1922, the city is well known for its Danjiri Matsuri. 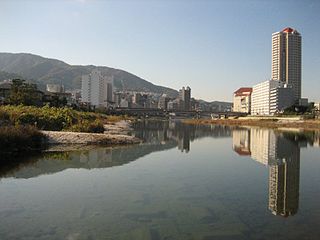 Shirahama is a town in Nishimuro District, Wakayama Prefecture, Japan. 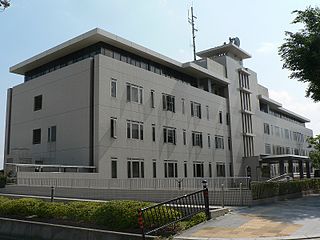 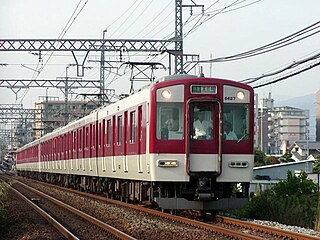 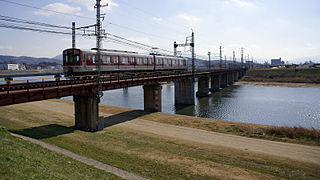 Yatsushiro is a city located in Kumamoto Prefecture, Japan.

Osaka Ohtani University is a private university in Tondabayashi, Osaka, Japan. The school was established in 1966 as a junior women's college. In 2006 it became coeducational, adopting the present name. 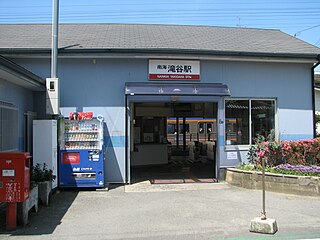 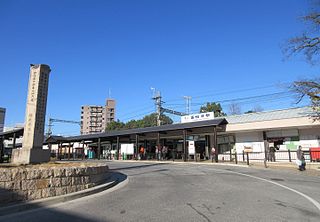 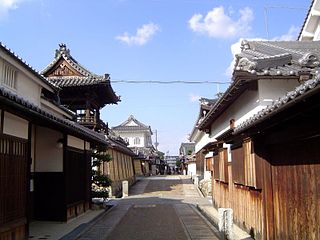 Tondabayashi Jinaimachi (富田林寺内町) is a popular name of the old temple-based town (Jinaimachi) located in Tondabayashi City, Osaka Prefecture, Japan. It is one of the Important Preservation Districts for Groups of Traditional Buildings in Tondabayashi-shi Tondabayashi (富田林市富田林重要伝統的建造物群保存地区). The town has remains of old town blocks from the Sengoku period, and a number of old machiyas built from the mid-Edo period on. A large portion of the historical townscape was selected in 1997 as an Important Preservation District for Groups of Traditional Buildings. In 2018, the rest of the area was added. 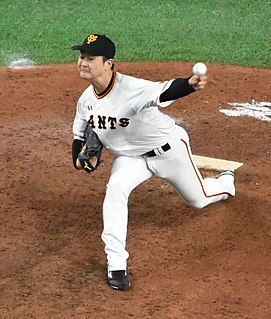 Kōta Nakagawa is a professional Japanese baseball player. He plays pitcher for the Yomiuri Giants.