He won the Levstik Award in 1964 for his illustrations for the primary school textbook Nauk o človeku (On the Human Body). [2]

Fran Levstik was a Slovene writer, political activist, playwright and critic. He was one of the most prominent exponents of the Young Slovene political movement.

The Levstik Award is a literary award in Slovenia awarded for achievements in children's literature. It has been bestowed since 1949 by the Mladinska Knjiga Publishing House, making it the first literary award established by a Slovene publishing house after the Second World War. It includes a prize for original works of literature, original illustrations, and non-fiction books for children. Up until 1989 it was awarded annually. Since then it has been awarded biannually. In the prize category for books only books published by the Mladinska Knjiga Publishing House are eligible for entry, but since 1999 the award for lifetime achievements in children's literature is the most prestigious award of its kind in Slovenia. The award is named after the 19th century Slovene writer, political activist and playwright Fran Levstik who also wrote works for children.

Ančka Gošnik Godec is a Slovene illustrator. She has illustrated over 120 children's books as well as school textbooks.

France Forstnerič was a Slovene poet, writer, and journalist.

Ivo Zorman was a Slovene writer and editor. He wrote short stories and novels as well as radio plays.

Lidija Osterc was a Slovene painter and illustrator, best known for her illustrations of children's books.

Aco Mavec was a Slovene painter, best known for his illustrations of children's books and comics.

Štefan Planinc is a Slovene surrealist painter also known for his illustrations for newspapers, magazines and books.

Nikolaj Omersa was a Slovene painter and illustrator.

Rado Krošelj was a Slovene illustrator and graphic designer who won the Levstik Award in 1952 for his illustrations of the book of poems for children Barčica selected and translated by Alojz Gradnik. He was also the author of numerous political and other posters in the period immediately after the Second World War.

Tone Kralj was a Slovene sculptor and painter also known for his wall paintings and illustrations.

Maksim Gaspari was a Slovene painter best known for his paintings and illustrations as well as numerous postcards with folklore motifs and scenes from rural life.

Drago Matanović was the author of numerous books and textbooks on electrical engineering published in Slovene from the 1930s to the 1950s. 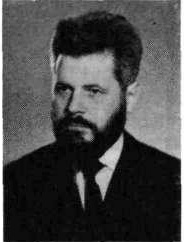 France Križanič was a Slovene mathematician, author of numerous books and textbooks on mathematics. He was professor of mathematical analysis at the Faculty of Mathematics and Physics of the University of Ljubljana.

Miroslav Adlešič was a Slovene physicist, specialist in acoustics, author of numerous books and textbooks on physics.

Janez Matjašič was a Slovene zoologist.

Alenka Gerlovič was a Slovene painter.

Nogometni klub Kamnik, commonly referred to as NK Kamnik or simply Kamnik, is a Slovenian football club from Kamnik. The club was founded in 1920.

Žnidaršič is a Slovene surname. Notable people with the surname include: