Shahsavar is located on the coast of the southern Caspian Sea, 257 kilometres (160 mi) north of Tehran, between Ramsar and Chalus.

The town of Shahsavar is nearby along the Caspian Sea, and Tonekabon County has common borders with Qazvin Province to the south.

In its northern regions it has a moderate and humid climate and in the southern portions cold weather prevails. Cheshmeh Kileh River is located in this city.

The territory of Shahsavar was originally part of Gilan. Numerous evidences discovered in various parts of the region, indicate that it was a flourishing city in the past. The ancient Tonekabon came under the realm of the Royan territory, also called Rostamdar. The Padusbanan held the power of this vicinity till the reign of Shah Abbas Safavid I. Thereafter until the year 1209 CE. which was the beginning of the reign of Aqa Mohammad Khan Qajar and the Qajar dynasty, the city was known as Feiz.

After downfall of the Qajar dynasty, the city was renamed Shahsavar. After the 1979 Revolution the name was returned to its original historic one, Tonekabon. Most present-day people of the city still use the "Shahsavar" name.

A famous variety of orange, Shahsavari Orange, is grown in the city and bears its former name. The other products of Shahsavar are kiwi fruit, rice, and tea. Shahsavar has a semi tropical climate. The temperature is mild all the year.

The "Ghalegardan high lands" and "Dohezar Valley" are famous resort areas in the Alborz (Elburz) mountain range, southwest of Shahsavar. There are also dense forests in Dohezar and the Sehezar Road areas of the Alborz. 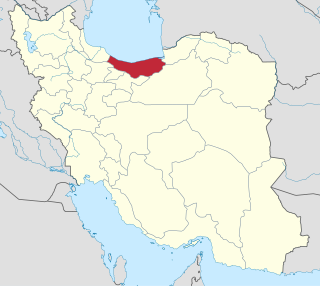 Babol is the capital of Babol County, Mazandaran Province, Iran. Babol is divided into two metropolitan areas. At the 2012 census, its population was 219,467, in 66,944 families. 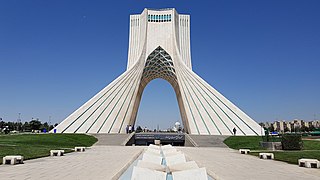 Tehran Province is one of the 31 provinces of Iran. It covers an area of 18,814 square kilometres (7,264 sq mi) and is located to the north of the central plateau of Iran.

Qazvin Province is one of the 31 provinces of Iran. It is in the north-west of the country, and its center is the city of Qazvin. The province was created in 1993 out of part of Tehran Province. The counties of Qazvin Province are Qazvin County, Takestan County, Abyek County, Buin Zahra County, Mobarakeh County, Alborz County & Avaj County. The largest cities are Qazvin, Takestan, Abyek, Alvand, Iran, Bidestan, Mobarakeh, Mohammadiyeh & Eqbaliyeh. 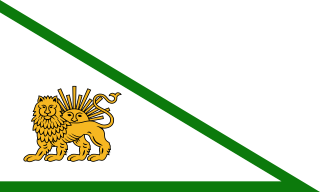 The Zand dynasty was an Iranian dynasty, founded by Karim Khan Zand that initially ruled southern and central Iran in the 18th century. It later quickly came to expand to include much of the rest of contemporary Iran, as well as Azerbaijan, Bahrain, and parts of Armenia and Iraq.

Qazvin is the largest city and capital of the Province of Qazvin in Iran. Qazvin was a capital of the Safavid dynasty for over forty years (1555-1598) and nowadays is known as the calligraphy capital of Iran. It is famous for its Baghlava, carpet patterns, poets, political newspaper and Pahlavi influence on its accent. At the 2011 census, its population was 381,598. 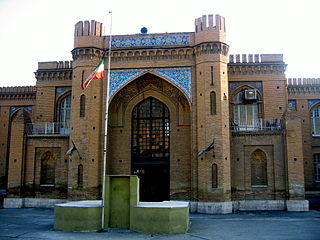 Mandegar Alborz High School is a college-preparatory high school located in the heart of Tehran, Iran. It is one of the first modern high schools in Asia and the Middle East, named after the Alborz mountain range, north of Tehran. Its place in the shaping of Iran's intellectual elite compares with that of Eton College in England and institutions such as Phillips Academy, Phillips Exeter Academy, and Milton Academy in the United States.

Semnan (Persian:سمنان, pronounced [semˈnɒːn]; is the capital city of Semnan Province, situated on the alluvial fan of the Golrudbar creek in north central Iran, 216 km east of Tehran and 640 km west of Mashhad. With a population of 185,129 people, Semnan is the most populated city in Semnan Province and serves as the capital of it. The city is also the hub of the Semnani language, a sub-branch of the Caspian languages spoken to the north, and home to the Semnani ethnic group.

Zanjan is the capital of Zanjan Province in Iran. It lies 298 km (185 mi) north-west of Tehran on the main highway to Tabriz and Turkey and approximately 125 km (78 mi) from the Caspian Sea. The city is located about 20 kilometers south of the Qaflankuh Mountain Range. At the 2016 census, its population was 521,302 which is the 20th largest city in Iran. The population of Zanjan consists mostly of Iranian Azeris who can also speak the Azerbaijani language. The entire province has 21,733 square kilometers. 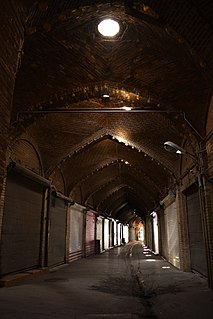 Shahrood is a city and capital of Shahrood County, Semnan Province, Iran. 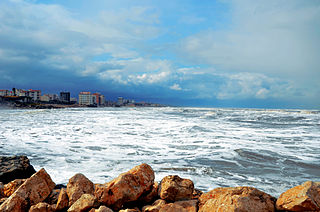 Nur with other writing Nour or Noor, is a city and capital of Nur County, located on the Caspian Sea in Mazandaran Province of northern Iran.

Sari, also known as Shahr-e-Tajan and Shari-e-Tajan, is the provincial capital of Mazandaran Province and former capital of Iran, located in the north of Iran, between the northern slopes of the Alborz Mountains and southern coast of the Caspian Sea. Sari is the largest and most populous city of Mazandaran.

Dibaj is a city in the Central District of Damghan County, Semnan Province, Iran. At the 2006 census, its population was 2,504, in 680 families.

Lavasan is an affluent town in Shemiranat County, Tehran Province, Iran. At the 2011 census, its population was 28,558, in 7,645 families. The Jajrood River flows through Lavasan. Situated 11 kilometers northeast of Tehran, Lavasan is known for its excellent weather and the luxurious mansions. The city is home to many upper-class and wealthy families. Some Iranians call it the Beverly Hills or Switzerland of Tehran. 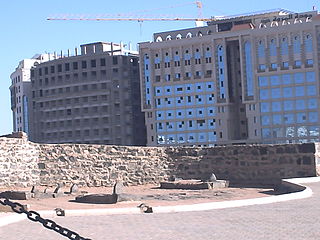 The Khamenei family is among the Iranian Sayyid families whose lineage is connected to the fourth Imam of Shia Islam, Ali ibn Husayn Zayn al-Abidin -- according to "Khamenei family tree". Their dwelling place(s) were/are in Azerbaijan (Iran), Najaf, Tafresh, etc.