Hero – Beyond the Boundary of Time is a 1993 Hong Kong comedy film directed by Blackie Ko. The film is a spin-off of Louis Cha's novel The Deer and the Cauldron, with Tony Leung reprising his role as "Wai Siu-bo" from the 1984 television series adaption of the same novel. The Chinese title literally translates to The Genuine Wai Siu-bo flirts with women on the Emperor's order. some say it's a parodic prequel of yuen Biao's The Iceman Cometh.

Sin Chow-Yiu is the Hon-Yin and Suet-Fong Chan Professor in Chinese and the Head of Department of Chinese at the University of Hong Kong. He is also the Chief Editor of the Journal of Oriental Studies.

The Last Breakthrough is a 2004 Hong Kong television medical drama produced by TVB. The drama revolves around a group of doctors who provide volunteer medical relief to the less fortunate in world countries. Medical relief scenes were filmed in Kenya, Africa.

The Republic of China (Taiwan) competed at the 1956 Summer Olympics in Melbourne, Australia. Twenty competitors, all men, took part in thirteen events in five sports.

One Nite in Mongkok is a 2004 Hong Kong crime thriller film written and directed by Derek Yee and starring Daniel Wu, Cecilia Cheung and Alex Fong. The film is a sequel to the Yee produced 2000 film, Double Tap, with Fong reprising his role from the previous installment. A sequel to the film, Triple Tap, was released in 2010, which was once again directed by Yee and featured Fong reprising his role, while also starring Wu in a different role.

Balancing Acts is a 2005 documentary film by Donna Schatz that chronicles the lives of Chinese acrobat Man-Fong Tong and his wife Magda Schweitzer, a Jewish acrobat from Budapest, Hungary. The two met in Europe on the eve of World War II. They were both at the peak of their careers, performing at the Moulin Rouge and Cirque Medrano, and alongside acts such as Maurice Chevalier and Bill 'Bojangles' Robinson. While their careers were full of success, the spread of Nazism brought them great hardships. Their marriage saw the trials of wartime Europe, post-war poverty, the birth of two sons, and a difficult ten-year separation from one another.

A Hero Never Dies is a 1998 Hong Kong action crime drama, and the first Milkyway Image film to be directed by Johnnie To.

The Return of Luk Siu-fung is a 1986 Hong Kong television series adapted from Gu Long's Lu Xiaofeng novel series. The series was first aired on TVB in Hong Kong in 1986. 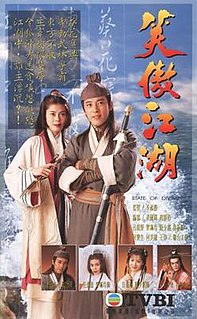 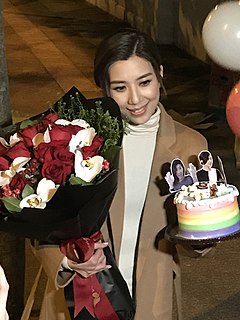 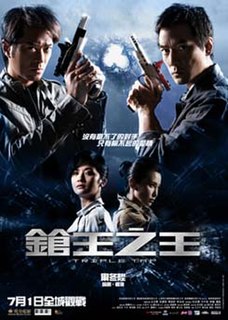 Triple Tap is a 2010 Hong Kong action film directed by Derek Yee and starring Louis Koo and Daniel Wu. This film is a sequel to Yee's 2004 film One Nite in Mongkok, which starred Wu in a different role, and the Yee-produced 2000 film Double Tap, which starred Leslie Cheung and Alex Fong, the latter being only actor to reprise his role from both previous installments. 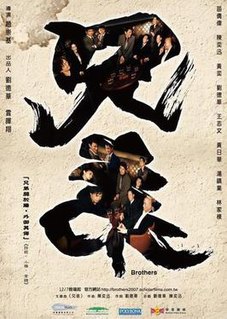 Brothers is a 2007 Hong Kong film. The story follows the relationship between two brothers who are part of a Hong Kong triad. Produced by Andy Lau's Focus Films, Brothers is directed by Derek Chiu and written by Chan Kin-chung and Y.C. Kong. The film mostly takes place in Hong Kong and Bangkok, Thailand. The film was released in Mainland China in the name of 兄弟之生死同盟.

Po Hing Fong is a street in Sheung Wan, Hong Kong. It is also a cul-de-sac.

Storm in a Cocoon, is a Hong Kong pre-modern serial produced by TVB, starring Steven Ma, Tavia Yeung and Natalie Tong as the main leads. Filming for this series took place in Shunde and Hong Kong. 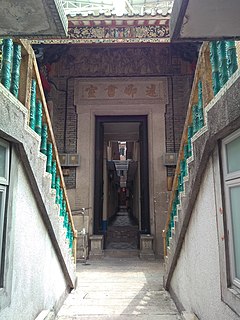