Tonga is a village in Tuvalu.

Tonga's population is 358, making it the seventh most populous village in Tuvalu. [1] It is the main village of the island of Nanumanga, comprising 52% of the population of the island. [1] The only other village is on the island Tokelau. 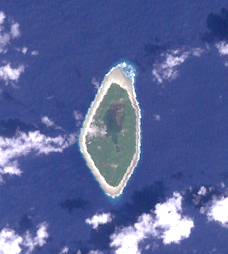 Nanumanga or Nanumaga is a reef island and a district of the Oceanian island nation of Tuvalu. It has a surface area of about 3 km² with a population of 481. 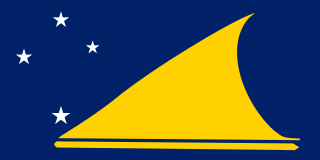 Tokelau is a dependent territory of New Zealand in the southern Pacific Ocean. It consists of three tropical coral atolls, with a combined land area of 10 km2 (4 sq mi). The capital rotates yearly between the three atolls. Tokelau lies north of the Samoan Islands, east of Tuvalu, south of the Phoenix Islands, southwest of the more distant Line Islands, and northwest of the Cook Islands. Swains Island is geographically part of Tokelau, but is subject to an ongoing territorial dispute and is currently administered by the United States as part of American Samoa.

Tuvalu, formerly known as the Ellice Islands, is a Polynesian island country located in the Pacific Ocean, situated in Oceania, about midway between Hawaii and Australia. It lies east-northeast of the Santa Cruz Islands, southeast of Nauru, south of Kiribati, west of Tokelau, northwest of Samoa and Wallis and Futuna and north of Fiji. It comprises three reef islands and six true atolls spread out between the latitude of 5° to 10° south and longitude of 176° to 180°, west of the International Date Line. Tuvalu has a population of 10,640. The total land area of the islands of Tuvalu is 26 square kilometres (10 sq mi).

The Western Pacific nation of Tuvalu, formerly known as the Ellice Islands, is situated 4,000 kilometers (2,500 mi) and is 26 km northeast of Australia and is approximately halfway between Hawaii and Australia. It lies east-northeast of the Santa Cruz Islands, southeast of Nauru, south of Kiribati, west of Tokelau, northwest of Samoa and Wallis and Futuna and north of Fiji.

Nanumea is the northwesternmost atoll in the Polynesian nation of Tuvalu, a group of nine coral atolls and islands spread over about 400 miles (640 km) of Pacific Ocean just south of the equator and west of the International Date Line. Nanumea is 4 km2 (1.5 sq mi) with a population of 544 people. 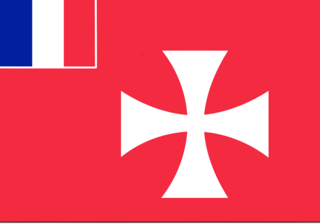 Wallis is a Polynesian island in the Pacific Ocean belonging to the French overseas collectivity of Wallis and Futuna. It lies north of Tonga, northeast of Fiji, east-northeast of the Hoorn islands, east of Fiji's Rotuma, southeast of Tuvalu, southwest of Tokelau and west of Samoa. Its area is almost 100 km2 (39 sq mi) with almost 11,000 people. Its capital is Matāʻutu. Roman Catholicism is the predominant religion. Its highest point is Mount Lulu Fakahega. Wallis is of volcanic origin with fertile soil and some remaining lakes. Rainfall is plentiful.

Mata-Utu is the capital of Wallis and Futuna, an overseas collectivity of France. It is located on the island of Uvéa (ʻUvea), in the district of Hahake, of which it is also the capital. Its population is 1,191. It is one of two ports in Wallis and Futuna, the other being at Leava on Futuna. Hihifo Airport, the main airport accessing the island and city, is 5.6 kilometres (3.5 mi) to the northwest.

Lake na is an islet of Nanumea atoll, Tuvalu. Nanumean traditions describe Lakena as being formed when sand spilled from the baskets of two women, Pai and Vau, when they were forced off Nanumea by Tefolaha, the Tongan warrior who became the ancestor of the people of Nanumea.

Teatua a Taepoa or Teatua-a-Taepoa, is an islet of Nanumea atoll, Tuvalu. It is a small uninhabited islet, which Nanumean traditions describe as being formed when sand spilled from the baskets of two women, Pai and Vau, when they were forced off Nanumea by Tefolaha, the Tongan warrior who became the ancestor of the people of Nanumea.

Lafanga or Lafaga is an islet of Nukufetau, Tuvalu. The traditional history of Nukufetau recalls that in order to protect the atoll from raiders from Tonga, Fialua, an Aliki (chief), was given Lafanga, which is the largest of the eastern islets of Nukufetau. Fialua would attack raiders with his club and bury the bodies at a place called Temata.

Motumua is an islet of Nukufetau, Tuvalu to the east of Fale islet. On 11 February 1947 the community of Nukufetau opened a boarding school on Motumua so that the children of the island could get an education. The school continued until 1951 when the Education Department requested that it be transferred to Savave and become the government primary school for Nukufetau.

The following outline is provided as an overview of and topical guide to Tuvalu:

Tokelau, Tuvalu is a village on the island of Nanumanga, Tuvalu.

This is a list of cities in Oceania by country. 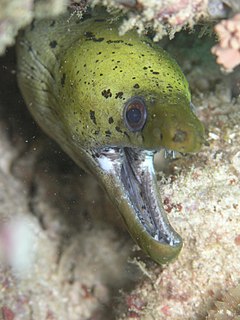 Kulia is the administrative center and capital of the district of Niutao in the Pacific island state of Tuvalu. Kulia is located in the west of the main island of Niutao. The place has 224 inhabitants as of 2010. Historically, Kulia was known as Tuapa.