Tongcheng (Chinese :桐城街道; pinyin :Tóngchéng Jiēdào) is a subdistrict of the city of Fuding, Fujian, People's Republic of China. [1]

The Taiwan Strait, also known as the Formosa Strait, is a 180-kilometer (110 mi)-wide strait separating Taiwan and mainland China. The strait is currently part of the South China Sea and connects to the East China Sea to the north. The narrowest part is 130 km (81 mi) wide. 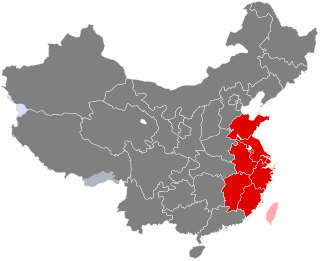 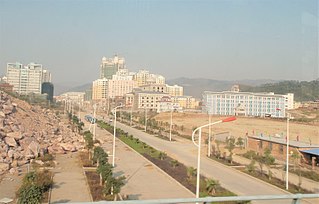 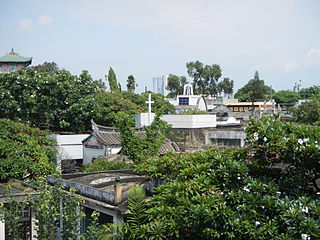 The Manila Chinese Cemetery is the second oldest cemetery in Manila after La Loma Cemetery and was designated as the resting place for the Chinese who were denied burial in Catholic cemeteries during the Spanish colonial period. The cemetery was witness to many executions during World War II. Among them were Girl Scouts organizer Josefa Llanes Escoda, Filipino Brigadier General and hero during World War II and Boy Scouts of the Philippines charter member Vicente Lim, literary geniuses Rafael Roces and Manuel Arguilla, star athlete-turned-guerrilla spy Virgilio Lobregat, and Chinese Consul General Yang Guangsheng. Apolinario Mabini was also buried in the cemetery before his remains were transferred to Batangas in July 23, 1956.

Chu Bo is a retired Chinese politician. He served as the Communist Party of China Secretary for the Inner Mongolia Autonomous Region, the top leader of the region, holding position from 2001 to 2009. He also served as Governor of Hunan Province between 1998 and 2001.

Dalin Township is an urban township in Chiayi County, Taiwan. To the east is Meishan, to the south Minxiong and to the north Yunlin County. Dalin TzuChi General Hospital (大林慈濟醫院) is located here.

Fangyuan Township is a rural township in Changhua County, Taiwan.

Tongcheng is the governmental seat and the name of a county in Xianning City, Hubei, People's Republic of China, bordering the provinces of Jiangxi and Hunan.

Tongcheng may refer to the following places in China: 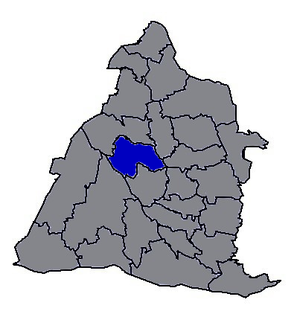 Puyan Township is a rural township in Changhua County, Taiwan. 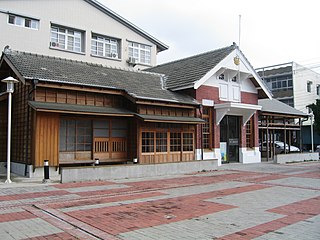 Erlun Township is a rural township in Yunlin County, Taiwan. It has a population total of 27,255 and an area of 59.5625 square kilometres. 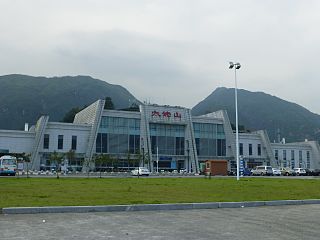 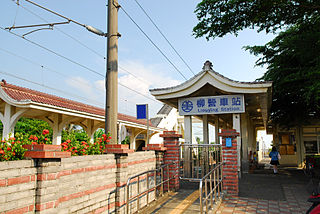