Last updated May 07, 2021
Phrase that is intentionally difficult to articulate properly

A tongue-twister is a phrase that is designed to be difficult to articulate properly, and can be used as a type of spoken (or sung) word game. Additionally, they can be used as exercises to improve pronunciation and fluency. Some tongue-twisters produce results that are humorous (or humorously vulgar) when they are mispronounced, while others simply rely on the confusion and mistakes of the speaker for their amusement value.

Some tongue-twisters rely on rapid alternation between similar but distinct phonemes (e.g., s[s] and sh[ʃ]), combining two different alternation patterns, [1] familiar constructs in loanwords, or other features[ which? ] of a spoken language in order to be difficult to articulate. For example, the following sentence was claimed as "the most difficult of common English-language tongue-twisters" by William Poundstone. [2]

"She sells seashells" was turned into a popular song in 1908, with words by British songwriter Terry Sullivan and music by Harry Gifford. According to folk etymology, it was said to be inspired by the life and work of Mary Anning, an early fossil collector. [3] However, Winick was unable to find direct evidence that Anning inspired the tongue-twister nor that Sullivan was aware of this. [4]

Many tongue-twisters use a combination of alliteration and rhyme. They have two or more sequences of sounds that require repositioning the tongue between syllables, then the same sounds are repeated in a different sequence.[ citation needed ] An example of this is the song "Betty Botter" (

There are also twisters that make use of compound words and their stems, for example:

The following twister won a contest in Games Magazine in 1979: [5]

Some tongue-twisters take the form of words or short phrases which become tongue-twisters when repeated rapidly (the game is often expressed in the form "Say this phrase three (or five, or ten, etc.) times as fast as you can!").[ citation needed ] Examples include:

Some tongue twisters are used for speech practice and vocal warmup: [6]

The sheep on the ship slipped on the sheet of sleet.

Other types of tongue twisters derive their humor from producing vulgar results only when performed incorrectly:

Some twisters are amusing because they sound incorrect even when pronounced correctly:

Are you copperbottoming those pans, my man? No, I'm aluminiuming 'em Ma'am.

Based on the MIT confusion matrix of 1620 single phoneme errors, the phoneme with the greatest margin of speech error is l [l] mistaken for r [r]. Other phonemes that had a high level of speech error include s[s] mistaken for ʃ [sh], f [f] for p [p], l [l] for r [r] and r [r] for l [l], w [w] for r [r], and many more. [10] These sounds are most likely to transform to a similar sound when placed in near vicinity of each other. Most of these mix-ups can be attributed to the two phonemes having similar areas of articulation in the mouth. [11]

Fortis and lenis are the classification of strong and weak consonants.

Some characteristics of strong consonants include: [10]

It is common for more difficult sounds to be replaced with strong consonants in tongue-twisters. [10] This is partially determinant of which sounds are most likely to transform to other sounds with linguistic confusion.

Shibboleths, that is, phrases in a language that are difficult for someone who is not a native speaker of that language to say might be regarded as a type of tongue-twist.[ citation needed ] An example is Georgian baq'aq'i ts'q'alshi q'iq'inebs ("a frog croaks in the water"), in which q' is a uvular ejective. Another example, the Czech and Slovak strč prst skrz krk ("stick a finger through the throat") is difficult for a non-native speaker due to the absence of vowels, although syllabic r is a common sound in Czech, Slovak and some other Slavic languages.

The sign language equivalent of a tongue twister is called a finger-fumbler. [12] [13] According to Susan Fischer, the phrase Good blood, bad blood is a tongue-twister in English as well as a finger-fumbler in ASL. [14] 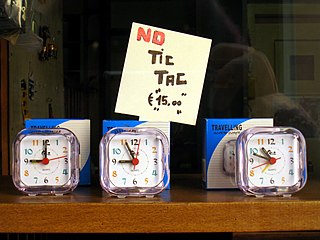 Onomatopoeia is the process of creating a word that phonetically imitates, resembles, or suggests the sound that it describes. Such a word itself is also called an onomatopoeia. Common onomatopoeias include animal noises such as "oink", "meow", "roar" and "chirp". Onomatopoeia can differ between languages: it conforms to some extent to the broader linguistic system; hence the sound of a clock may be expressed as "tick tock" in English, "tic tac" in Spanish and Italian, "dī dā" in Mandarin, "katchin katchin" in Japanese, or "tik-tik" in Hindi.

Phonetics is a branch of linguistics that studies how humans produce and perceive sounds, or in the case of sign languages, the equivalent aspects of sign. Phoneticians—linguists who specialize in phonetics—study the physical properties of speech. The field of phonetics is traditionally divided into three sub-disciplines based on the research questions involved such as how humans plan and execute movements to produce speech, how different movements affect the properties of the resulting sound, or how humans convert sound waves to linguistic information. Traditionally, the minimal linguistic unit of phonetics is the phone—a speech sound in a language—which differs from the phonological unit of phoneme; the phoneme is an abstract categorization of phones.

In literature, alliteration is the conspicuous repetition of identical initial consonant sounds in successive or closely associated syllables within a group of words, even those spelled differently. As a method of linking words for effect, alliteration is also called head rhyme or initial rhyme. For example, "humble house," or "potential power play." A familiar example is "Peter Piper picked a peck of pickled peppers". "Alliteration" is from the Latin word littera, meaning "letter of the alphabet"; it was first coined in a Latin dialogue by the Italian humanist Giovanni Pontano in the 15th century. Alliteration is used poetically in various languages around the world, including Arabic, Irish, German, Mongolian, Hungarian, American Sign Language, Somali, Finnish, Icelandic.

In linguistics, redundancy refers to information that is expressed more than once. 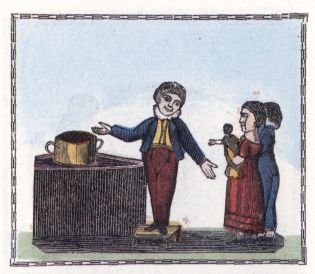 "Peter Piper" is an English-language nursery rhyme and well-known alliteration tongue-twister. It has a Roud Folk Song Index number of 19745.

The Tawbuid language is a language spoken by Tawbuid Mangyans in the province of Mindoro in the Philippines. It is divided into eastern and western dialects. The Bangon Mangyans also speak the western dialect of Tawbuid.

Betty Botter is a tongue-twister written by Carolyn Wells. It was originally titled "The Butter Betty Bought." By the middle of the 20th century, it had become part of the Mother Goose collection of nursery rhymes.

A speech sound disorder (SSD) is a speech disorder in which some speech sounds in a child's language are not produced, are not produced correctly, or are not used correctly. The term "protracted phonological development" is sometimes preferred when describing children's speech, to emphasize the continuing development while acknowledging the delay. 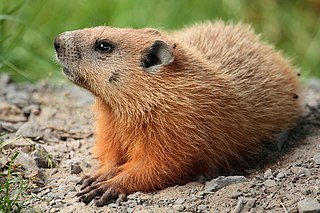 A lisp is a speech impairment in which a person misarticulates sibilants. These misarticulations often result in unclear speech.

The term alliteration was invented by the Italian humanist Giovanni Pontano (1426–1503), in his dialogue Actius, to describe the practice common in Virgil, Lucretius, and other Roman writers of beginning words or syllables with the same consonant or vowel. He gives examples such as Sale Saxa Sonābant "the rocks were resounding with the salt-water" or Anchīsēn Agnōvit Amīcum "he recognised his friend Anchises" or Multā Mūnīta Virum Vī "defended by a great force of men".