Tongwon University (동원대학교) is a South Korean higher institution located in Gwangju, Gyeonggi. It has 17 departments and over 3600 students. It was founded in 1993 by Dr. Tong-Won Lee. 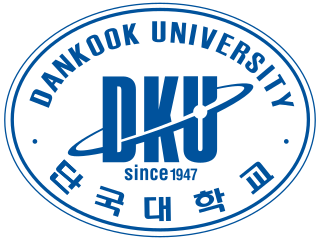 Dankook University, abbreviated as DU or DKU, is a private research university in Yongin and Cheonan, South Korea. The university was established in 1947. It was the first university established after the National Liberation Day of Korea, and its original location was in Jongno District and Yongsan District, Seoul.

Dongduk Women's University (DWU) is a private university founded by Cho Dong-Shik who was a Korean independence activist, in Seoul, South Korea.

National Taiwan Ocean University is a national research-led comprehensive university in Zhongzheng District, Keelung, Taiwan. Currently, the university is among the top-tier Maritime and Aquatic specialization institution in the world. NTOU is a member of University System of Taipei.

Hanyang University is a private research university in South Korea. The main campus is located in Seoul and its satellite campus, the Education Research Industry Cluster, is in Ansan. Hanyang (한양;漢陽) derives from the former name of the capital Seoul used during the Joseon Dynasty. The university was established in 1939 as an engineering school. Hanyang university was the country's first college to offer engineering and architecture programs, and is consistently ranked among the leading universities in STEM fields nationally. Hanyang University enrolls over 3,000 international students each year, and sends more than 3,300 students on study abroad programs annually. As of 2018, Hanyang University had 777 partner universities in 76 countries. 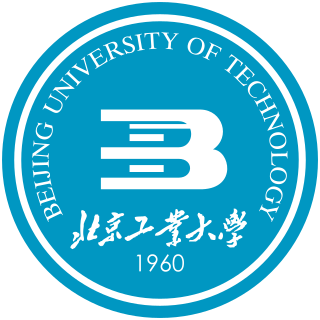 Kyonggi University is an accredited, private higher education institution, established in 1947. KGU has over 17,000 students in majors in undergraduate and graduate programs on two campuses. The main campus is in Suwon, located 30 miles from the capital Seoul. The Seoul campus is located in Seodaemun District.

The Biju Patnaik University of Technology with its head-quarters in Rourkela, Odisha came into being in November 2002 through an act of the Government of Odisha. The main objective of instituting the University was to ensure a high quality of students coming out of the technical, management and pharmacy colleges through a common curriculum and uniform evaluation.

Hansung University is a university in Seoul, South Korea. It was founded on December 21, 1972. The Design Campus is located in Jongno-gu, Seoul.

St. John's University is a university in Tamsui District, New Taipei, Taiwan. It is the successor institution of the former St. John's University and St. Mary's Hall in Shanghai, two well-known education institutions founded in 1879 and 1918, respectively, by Bishop John Schereschewsky of the American Episcopal Church. SJU is accredited by ACCSB and affiliates with CUAC and ACUCA. 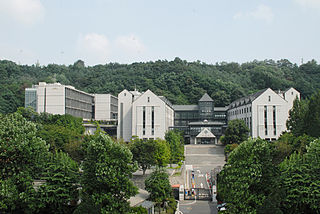 The College of Engineering is one of eleven major academic divisions of the Ewha Womans University. Established in 1996 with four departments, Computer Science, Electronics Engineering, Environmental Science, and Architecture, the college currently offers B.S., M.S., and Ph.D. degrees. 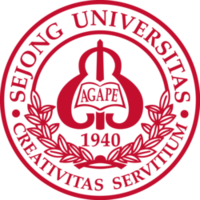 Sejong University is a private university located in Seoul, South Korea known for its standing in hospitality and tourism management, dancing, animation and rhythmic gymnastics. Founded as the Kyung Sung Humanities Institute, it was renamed in 1978 to its present name in honor of Sejong the Great, the fourth king of the Joseon Dynasty and overseer of the creation of the Korean alphabet Hangul.

The Higher Colleges of Technology was established in 1988 and is the largest applied, higher education institution in the United Arab Emirates (UAE). During the 2019–2020 academic year, there were 14,246 female and 6,744 male students enrolled at 16 campuses and six academic divisions throughout the country. More than 67,000 UAE nationals are graduates of the institution.