Last updated February 08, 2021
Spanish actress
In this Spanish name, the first or paternal surname is Acostaand the second or maternal family name is León.

Her parents are Arsenio Acosta and Juana León. She had worked mainly in television, where she played a policewoman in the series Policías, en el corazón de la calle . She later played the role of Jacinta Jiménez "J.J." in the series about dancers Un paso adelante . She had made fewer apparitions in theatre.

In 2010, she played a role in the unsuccessful superhero comedy series Supercharly of Telecinco.

In 2019 she became one of the main characters of the TV series Señoras del (h)ampa in Telecinco. 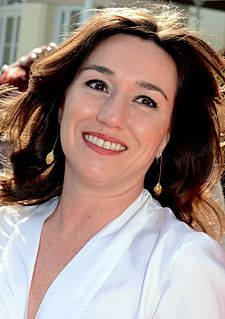 Alexandra Jiménez Arrechea is a Spanish actress. She became popular for her role as África Sanz in the sitcom Los Serrano. She starred in the TV series La pecera de Eva, broadcast between 2010 and 2011. Between 2015 and 2016 she hosted the stand-up comedy show El club de la comedia. Pilar Rubio Fernández is a Spanish reporter and TV presenter. She became famous for covering events for the program Sé lo que hicisteis... for the television network La Sexta. From January 2010 to January 2013 she was linked to Telecinco, having hosted Operación Triunfo and ¡Más que baile!, besides of being the protagonist of the series Piratas, released in May 2011. Since 2014 has appeared as a collaborator in El Hormiguero. In 2012, she started a relationship with footballer Sergio Ramos, with whom she has four children.

Carla Delgado Gómez is a Spanish actress who uses the stage name Carla Antonelli. She is also a noted LGBT rights activist who maintains a large support website for transgender people, and a politician serving in the Madrid Assembly, the first trans person to serve in a legislature in Spain.

Natalia Millán is a Spanish actress. 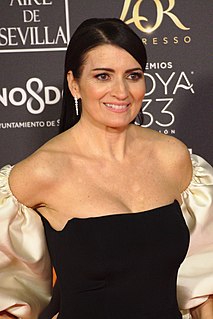 Silvia Abril Fernández is a Spanish actress and comedian.

Hiba Aboukhris Benslimane, better known as Hiba Abouk, is a Spanish Tunisian actress. She is known for her roles in television series, specially by the role of Fátima in El Príncipe. 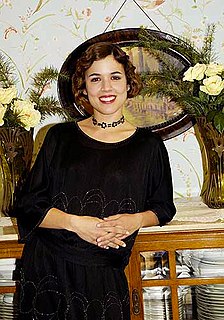 Adriana Ugarte Pardal is a Spanish actress. She is known for her leading roles on television series La Señora and El tiempo entre costuras. Ugarte landed a starring role in the 2016 Pedro Almodóvar film Julieta.

Paula Echevarría Colodrón is a Spanish model and actress. 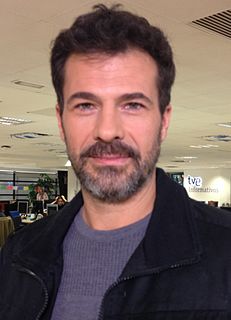 Rodolfo Sancho Aguirre is a Spanish actor. He is best known for his role as Julián Martínez in the television series El Ministerio del Tiempo. 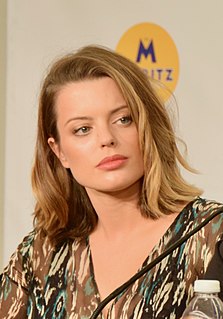 Señoras del (h)AMPA is a Spanish dark comedy television series produced by Mediaset España and Producciones Mandarina. Created, written and directed by Carlos del Hoyo and Abril Zamora, it stars Toni Acosta, Malena Alterio, Nuria Herrero and Mamen García. The first season aired on Telecinco in 2019, yet the first part of the second season was released in exclusive by Amazon Prime Video.

Miryam Gallego is a Spanish actress. She played the iconic villainous role of the Marchioness of Santillana in the television series Águila Roja, which earned her public recognition.