Toni Carabillo (1926–1997) was an American feminist, graphic designer, and historian.

Toni Carabillo was born Virginia Ann Carabillo on March 26, 1926 [1] in Jackson Heights, Queens. She graduated from Middlebury College in 1948 and earned her MA from Columbia University in 1949. [2]

She worked for System Development Corporation as assistant manager of corporate communications for 11 years. She ended her job there after she participated in an unauthorized survey of women employees that showed sex discrimination in advancement and salaries. She joined the National Organization for Women (NOW) in 1966. [3] She founded Women's Heritage Corporation in 1969. The business published a series of paperbacks on women like Lucy Stone and Elizabeth Cady Stanton as well as an almanac and calendar. [4] In 1970, she formed graphic arts firm Women's Graphic Communications with her partner Judith Meuli in Los Angeles. The firm produced and distributed books, newspapers, political buttons, and pins. [5]

In 1977, she became an associate of the Women's Institute for Freedom of the Press (WIFP). [6] WIFP is an American nonprofit publishing organization. The organization works to increase communication between women and connect the public with forms of women-based media.

Carabillo co-founded the Feminist Majority Foundation in 1987 with Meuli, Eleanor Smeal, Katherine Spillar, and Peg Yorkin. Carabillo was national vice president for the organization. She helped to establish California chapters of NOW. She was the president of the Los Angeles chapter as well as a national board member (1968–1977) and vice president (1971–1974). She also co-edited NOW's national publications NOW Acts (1969–1970) and the National NOW Times (1977–1985). [4] Carabillo also edited the National NOW publication Do it NOW with Meuli. They also created a line of feminist jewelry that raised money for NOW and the Equal Rights Amendment campaign. [7]

Carabillo died of lung cancer on October 28, 1997 in Los Angeles. [4] She had been working on The Feminist Chronicles of the 20th Century at the time of her death. [2] 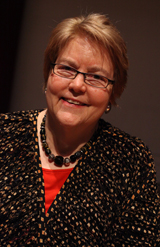 Charlotte Bunch is an American feminist author and organizer in women's rights and human rights movements. Bunch is currently the founding director and senior scholar at the Center for Women's Global Leadership at Rutgers University in New Brunswick, New Jersey. She is also a distinguished professor in the Department of Women's and Gender Studies at Rutgers.

Ntozake Shange was an American playwright and poet. As a Black feminist, she addressed issues relating to race and Black power in much of her work. She is best known for her Obie Award-winning play, For Colored Girls Who Have Considered Suicide / When the Rainbow Is Enuf. She also penned novels including Sassafrass, Cypress & Indigo (1982), Liliane (1994), and Betsey Brown (1985), about an African-American girl runaway from home. Among Shange's honors and awards were fellowships from the Guggenheim Foundation and Lila Wallace Reader's Digest Fund, a Shelley Memorial Award from the Poetry Society of America, and a Pushcart Prize. In April 2016, Barnard College announced it had acquired Shange's archive. Shange lived in Brooklyn, New York. Shange had one daughter, Savannah Shange. She was married twice: to the saxophonist David Murray and the painter McArthur Binion, Savannah’s father, with both marriages ending in divorce.

Bettina Fay Aptheker is an American political activist, radical feminist, professor and author. Aptheker was active in civil rights and anti-war movements of the 1960s and 1970s, and has since worked in developing feminist studies.

Eleanor Perry was an American screenwriter and author.

Frieda Lindfield Werden is an American and Canadian radio producer. She is the co-founder and producer of the weekly radio series WINGS: Women's International News Gathering Service, which debuted in 1986 and has been in weekly syndication for more than twenty-seven years. Produced by and about women, WINGS broadcasts on non-commercial radio stations worldwide.

Alix Kates Shulman is an American writer of fiction, memoirs, and essays, as well as one of the early radical activists of second-wave feminism. She is best known for her bestselling debut adult novel, Memoirs of an Ex-Prom Queen, "one of the first novels to emerge from the Women's Liberation Movement". 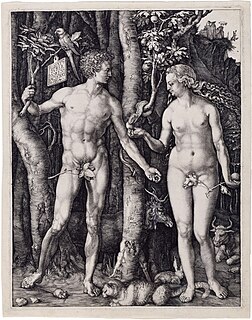 Virginia Ramey Mollenkott, best known for her "God of the Breasts" interpretation of El Shaddai, spent her 44-year professional career teaching college level English literature and language, but developed specializations in feminist theology and lesbian, gay, bisexual and transgender theology during the second half of that career.

Florence Rush was an American certified social worker, feminist theorist and organizer best known for introducing The Freudian Coverup in her presentation "The Sexual Abuse of Children: A Feminist Point of View", about childhood sexual abuse and incest, at the April 1971 New York Radical Feminists (NYRF) Rape Conference. Rush's paper at the time was the first challenge to Freudian theories of children as the seducers of adults rather than the victims of adults' sexual/power exploitation.

Jacqueline "Jacqui" Michot Ceballos is an American feminist and activist. Ceballos is the former president of New York Chapter of the National Organization for Women and founder of the Veteran Feminists of America organization which documents the history of Second wave feminism and pioneer feminists. Ceballos' 1971 debate on sexual politics with Norman Mailer and Germaine Greer is recorded in the 1979 film Town Bloody Hall. Ceballos is also featured in the feminist history film She's Beautiful When She's Angry.

The Feminist Majority Foundation (FMF) is a non-profit organization headquartered in Arlington County, Virginia, whose stated mission is to advance non-violence and women's power, equality, and economic development. The name Feminist Majority comes from a 1986 Newsweek/Gallup public opinion poll in which 56 percent of American women self-identified as feminists. President and one of the founders, Eleanor Smeal, chose the name to reflect the results of the poll, implying that the majority of women are feminists.

Celeste (Celestia) West was an American librarian and lesbian author, known for her alternative viewpoints in librarianship and her authorship of books about lesbian sex and polyfidelity. She herself was polyamorous.

Ivy Bottini is an American women's rights and LGBT rights activist and artist.

Judith Meuli (1938–2007) was an American feminist, activist and scientist.

Cindy Nemser is an American art historian and writer. Founder and editor of the Feminist Art Journal, she was an activist and prominent figure in the feminist art movement and is best known for her writings on the work of women artists such as Eva Hesse, Alice Neel, and Louise Nevelson.

Ariel Maria Dougherty is an American independent film maker, feminist media advocate and activist. She is best known as the co-founder of non-profit media arts organization Women Make Movies. In recent years she has written extensively about the intersections of women's rights and media justice and the need for increased support for both.

Women’s Institute for Freedom of the Press (WIFP) is an American nonprofit publishing organization that was founded in Washington, D.C. in 1972. The organization works to increase communication between women and connect the public with forms of women-based media. WIFP operates as both a national and international feminist network.