Toni Pitoška (Macedonian : Тони Питошка; born 24 July 1982) is a Macedonian retired footballer who last played as a forward for FK Pelister in the Macedonian First League. 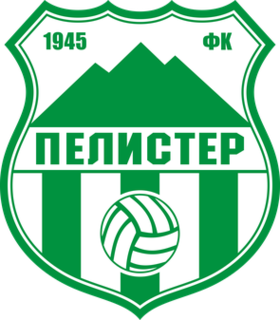 FK Pelister is a Macedonian football club based in the city of Bitola, North Macedonia. They are currently competing in the Macedonian First League.

Goran Stavrevski is a Macedonian football defender who despite his age is still active by playing for FK Poeševo in the Macedonian fourth league group Bitola together with another well known veteran in Toni Micevski.

Antoni "Toni" Lima Solà is a retired professional footballer who played as a central defender.

Toni Meglenski is a former Macedonian football player and manager. He is the current manager of FK Pobeda.

Toni Micevski is a football midfielder from North Macedonia. Despite his age he is still active by playing for FK Poeševo in the Macedonian fourth league group Bitola together with another well known veteran in Goran Stavrevski.

Micevski is a Macedonian surname, it may refer to: 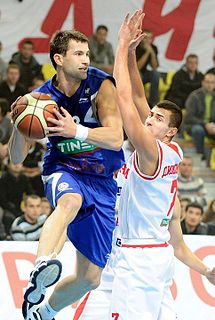 Toni Grncarov is a former Macedonian professional basketball player born in Skopje. He is 1.90 m in height and played at the Point guard position. He is a brother of Boban Grnčarov, who is a football player in FK Vardar.

KK Vardar Osiguruvanje was a basketball club based in Skopje, North Macedonia. They played in the Macedonian First League one season. 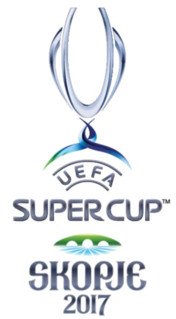 The 2017 UEFA Super Cup was the 42nd edition of the UEFA Super Cup, an annual football match organised by UEFA and contested by the reigning champions of the two main European club competitions, the UEFA Champions League and the UEFA Europa League. The match featured Spanish side Real Madrid, the title holders and winners of the 2016–17 UEFA Champions League, and English side Manchester United, the winners of the 2016–17 UEFA Europa League. The match was played at the Philip II Arena in Skopje, Macedonia, on 8 August 2017, and was the first UEFA final staged in the country.

Toni Jakimovski is a Macedonian football manager and former player.

Jakimovski or Jakimowski is a Polish and Macedonian masculine surname, its feminine counterpart in Poland is Jakimowska. Alternative spellings include Yakimovsky,Yakimoski or Jakimovsky. The surname may refer to