Gert Toni Wilkens (born 18 June 1962 in Husby-Ärlinghundra, Uppland, Sweden) [1] is a Swedish actor. Besides acting he is director of Improvia Interactive AB, a company who help companies with developing by theatre. [2]

.se is the Internet country code top-level domain (ccTLD) for Sweden (Sverige). The top domain is operated by Internetstiftelsen i Sverige, but domains must be registered through one of the approved registrars. Internetstiftelsen i Sverige is managed on the basis of its charter of foundation and its statutes. The Foundation is managed by a Board of Directors, whose decisions are executed by the executive management.

The Damallsvenskan, also known as OBOS Damallsvenskan for sponsorship reasons, Swedish for ladies' all-Swedish, is the highest division of women's football in Sweden. It is also referred to as the women's Allsvenskan, this term being used alone to refer to the men's division. 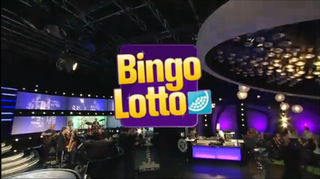 Anette Norberg is a retired Swedish curler from Härnösand.

Wilkens is a surname. Notable people with the surname include:

House of Sweden is a building in Washington, D.C., in which is located the Embassy of Sweden and the diplomatic missions of the Republic of Iceland and the Principality of Liechtenstein to the United States. The building is located at 2900 K Street N.W. in the Georgetown neighborhood.

"Se på mig" is a song by Swedish singer Jan Johansen. It represented Sweden at the Eurovision Song Contest 1995 in Dublin, Ireland. 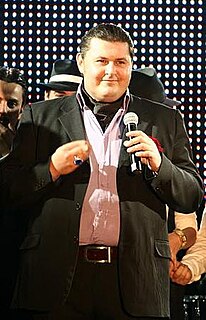 Aurelian-Antonio Tecuceanu, also known as Toni, was a Romanian comedy actor. He was a member of Cronica Cârcotaşilor, a popular sitcom at Prima TV. On 5 January 2010 he died in a Matei Balş Hospital in Bucharest, due to complications from swine flu, at age 37. His death created a panic in Romania and after his death the rate of vaccinations has increased.

David Seisay is an award-winning Swedish-American songwriter, musician and entrepreneur who became famous as a rapper in Rob'n'Raz but is equally well known for his twenty-year career as one of Sweden's most prominent personal trainers. He is the founder and CEO of D-Flex House of Fitness, a company that provides health and wellness services.

Edward af Sillén is a Swedish screenwriter and director for stage, film and TV. He has translated and directed many highly successful theatre shows including Twelfth Night by William Shakespeare, The Drowsy Chaperone, Bull, Torch Song Trilogy by Harvey Fierstein and soon Art by Yasmina Reza.

Anna Julia Hede Wilkens is a Swedish film director, photographer and former child actress, well known for her role as Fia in Den vita stenen. In 1986–89, she studied at Dramatiska Institutet. Now she works as teacher at Täby Enskilda gymnasium. She hosts the TV program Nyfiken.

Maria-Therese Christina Lundqvist is a Swedish clay pigeon shooter. She is member of Uppsala JSK and is trained by her father Gert-Ove Lundqvist. 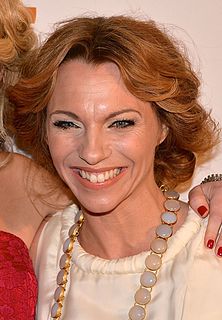 Sofia Marianne Ledarp is a Swedish actress. Born in the Stockholm suburb Hägersten, she studied at Luleå Theatre Academy 1996–2000. In January 2008, she received the Guldsolen and Guldbagge Awards for her role as Lena in the 2007 film Den man älskar. She is best known internationally for her role as Malin Erikson in the Millennium movies. 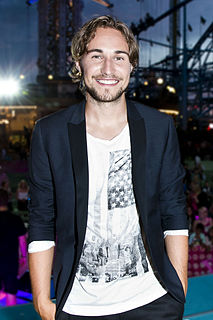 Bunge is a populated area, a socken, on the Swedish island of Gotland. It is situated in the northernmost part of Gotland, southwest of Fårösund. It comprises the same area as the administrative Bunge District, established on 1 January 2016.

Saman Ghoddos is a Swedish-born Iranian professional footballer who plays for Amiens SC in the French Ligue 1 and the Iranian national team as an attacking midfielder, striker, or winger, having previously played for the Swedish national team.