The Tonic Cinema was built in 1936 in Bangor, Northern Ireland. At the time it was the largest Cinema in Ireland with 2,001 seats. It was demolished in 1992 following a fire. The old Compton Theatre Organ, formerly in the Tonic Cinema, was in the care of Bangor Academy School but following the demolition of the school, the organ was moved to north east England where it is in the care of an enthusiast in Hull.

It was one of only two Theatre Organs still in Northern Ireland, the other being in the Movieland Cinema, Newtownards, County Down, where it was installed in 1994, having originally been in the Ambassador Cinema, Hounslow, west London. 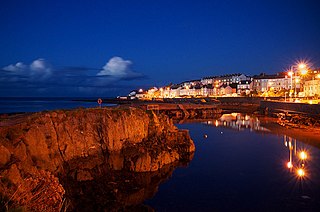 Bangor is a town in County Down, Northern Ireland. It is a seaside resort on the southern side of Belfast Lough and within the Belfast Metropolitan Area. It functions as a commuter town for the Greater Belfast area, which it is linked to by the A2 road and the Belfast–Bangor railway line. Bangor is situated 13.6 miles (22 km) east from the heart of Belfast, not far from George Best Belfast City Airport. The population was 61,011 at the 2011 Census. 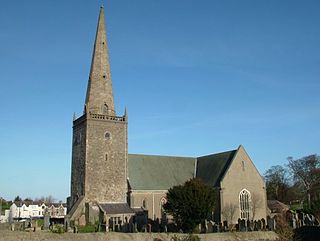 Bangor Abbey was established by Saint Comgall in 558 in Bangor, County Down, Northern Ireland and was famous for its learning and austere rule. It is not to be confused with the slightly older abbey in Wales on the site of Bangor Cathedral. 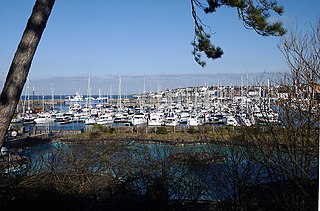 Bangor Marina is the largest marina in Northern Ireland. It opened in 1989 on the southern shores of Belfast Lough, close to the Irish Sea cruising routes. The marina has become well-known for providing a berth in the centre of Bangor. It has also been awarded Five Anchors by the Yachting Harbour Association.

Bangor Castle is a country house situated in Castle Park in Bangor, Northern Ireland. It is now the offices of the local council.

Ward Park is situated in Bangor, County Down, Northern Ireland. The 37 acre park contains 10 tennis courts, a duck pond and a selection of wildfowl housed in breeding pens. 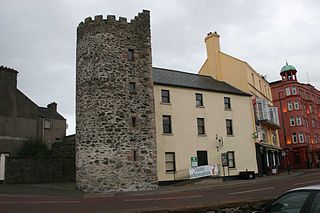 The Old Custom House of Bangor is a 17th-century tower and adjoining tower house. It is situated on the seafront in Bangor, County Down, Northern Ireland. It is a well-preserved reminder of Bangor's seafaring history alongside its modern marina.

The Queen's Film Theatre or QFT is an independent cinema at Queen's University Belfast, Northern Ireland founded in 1968. When first opened, the Queen’s Film Theatre focused mainly on art house, indie and world cinema, playing an important role in the cultural life of Belfast, serving as an important venue for events such as the Belfast Festival at Queen's, the Belfast Film Festival and the CineMagic Festival.

Bangor Grammar School, is a Northern Irish voluntary grammar school for boys in Bangor, County Down. It was founded in 1856 by the Conservative politician, Col The Hon. Robert Ward PC MP(Ireland) and is one of eight Northern Irish schools represented on the Headmasters' and Headmistresses' Conference.

Clandeboye Park, known for commercial reasons as the Bangor Fuels Arena, is a football stadium in Bangor, Northern Ireland. It is the home ground of Bangor and Ards.

The McKee Clock is a clock tower in the town of Bangor, Northern Ireland. Situated at the foot of High Street in the marina's sunken gardens in an area known as the "McKee Clock Arena", the clock is named for its benefactor William McKee, a local rates collector who donated £200 towards its construction.

The Penistone Paramount Cinema is a community cinema and theatre in Penistone, near Barnsley, in the heart of the South Yorkshire Pennines. Besides the big film releases, there are live shows and monthly organ concerts.

St. Columbanus' College is a Roman Catholic secondary school situated on the Ballymaconnell Road, Bangor, County Down, Northern Ireland. Its main education board of choice is CCEA, but the school also uses AQA, Edexcel and OCR for certain subjects.

Bangor was a single-member county constituency of the Parliament of Northern Ireland.

Kilcooley estate is a housing estate owned by the Northern Ireland Housing Executive on the outskirts of Bangor, Northern Ireland. The residents of the area are predominantly Protestant, and the area has strong links with loyalism.

North Down was a constituency of the Parliament of Northern Ireland.

John Compton (1876–1957), born in Newton Burgoland, Leicestershire was a pipe organ builder. His business based in Nottingham and London flourished between 1902 and 1965.

Bangor was a constituency represented in the Irish House of Commons until 1800.

Shanks Restaurant was a restaurant located in Bangor, Northern Ireland, that was awarded one Michelin star each year in the period 1996–2005.