Tonichi is a town in the Soyopa Municipality, in the eastern region of the Mexican state of Sonora near the Río Yaqui. The elevation is 180 meters.

Sonora, officially Estado Libre y Soberano de Sonora, is one of 31 states that, with Mexico City, comprise the 32 federal entities of United Mexican States. It is divided into 72 municipalities; the capital city is Hermosillo. Sonora is bordered by the states of Chihuahua to the east, Baja California to the northwest and Sinaloa to the south. To the north, it shares the U.S.–Mexico border with the states of Arizona and New Mexico, and on the west has a significant share of the coastline of the Gulf of California.

The area around Tonichi is rich in minerals.

Near the municipality is the district of charcoal from Santa Clara.

Əmirməhmud is a village in the Agdash Rayon of Azerbaijan. The village forms part of the municipality of Şəmsabad.

Aydınkənd is a village in the Quba Rayon of Azerbaijan. The village forms part of the municipality of Güləzi.

Dalvey is a place near to the town of Forres in Moray, Scotland. The name gave rise to the Baronets Grant of Dalvey, Elgin. 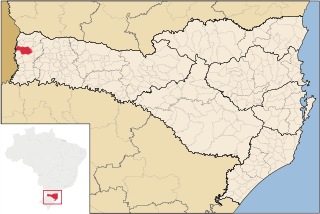 The Pattullo Range is a subrange of the Hazelton Mountains, located south of Tesla Lake and northeast of Bella Coola in northern British Columbia, Canada. Its highest summit is Tsaydaychuz Peak, 2758 m.

South Lake is a community in Saskatchewan. As of 2015 it is a resort village.

Marajá do Sena is a municipality in the state of Maranhão in the Northeast region of Brazil.

Floresta, Paraná is a municipality in the state of Paraná in the Southern Region of Brazil.

Simões, Piauí is a municipality in the state of Piauí in the Northeast region of Brazil.

Las Fraguas is a town in the Arenas de Iguña municipality of the Spanish region of Cantabria. The population of Las Fraguas was 166 as of the year 2004. The town is located 0.6 kilometers (0.37 mi) from the municipality capital, Arenas de Iguña, and 180 meters (591 feet) above sea level. The Palace of Las Fraguas, where The Others was filmed, can be found here. Within the palace are the Praying Sculptures of the Acebedos, which were declared to be of special cultural significance in 2003. The sculptures have been dated to the 17th century, when they belonged to the now ruined Palace of the Acebedos in the municipality of Entrambasaguas.

Poythress Estates is an unincorporated community located in Brunswick County, in the U.S. state of Virginia.

Santa Rita, Texas, now a ghost town, was a town near Brownsville, Texas in Cameron County, Texas, United States. It is believed to have been the first government seat in the county in 1848, and perhaps the earliest town to have been named by English-speaking people from the area. Around the late 18th century, this area was a ranching community, even before the city of Matamoros, Tamaulipas was established in 1826. When Brownsville, Texas was finally elected as the county seat a few months later, most of the residents from Santa Rita left to the winning townsite. By the late 1930s, nothing remained in Santa Rita. Today, Santa Rita is found near the colonia of Villa Nueva, a historical site in the Rio Grande Valley, northwest of the city of Brownsville, Texas. 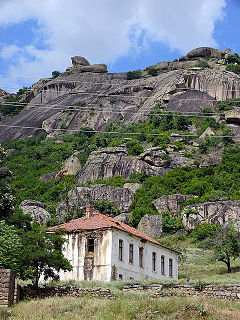 Dabnica is a village in the Municipality of Prilep, Macedonia. 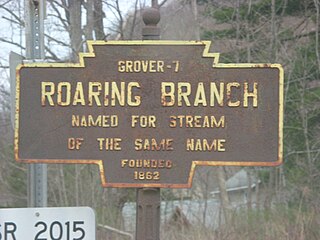 Oxford Junction is an unincorporated community in Harlan County, Nebraska, in the United States.

Schumaker Pond is a 35-acre pond created by damming Beaverdam Creek, in Wicomico County, Maryland. The pond is owned by the City of Salisbury. Maximum lake depth is 5 feet near the dam in old creek channel.

Vishni is a village in Municipality of Struga, Macedonia.

Forest is an unincorporated community in Lewis County, in the U.S. state of Washington.

Hill City is an unincorporated community in Gordon County, in the U.S. state of Georgia.