"Tonight" (Korean: 투나잇; RR: Toonait) is a song by South Korean boy group Big Bang released on February 23, 2011 through YG Entertainment as the only single from the quintet's fourth extended play of the same name after a two-year hiatus. Written by members G-Dragon and T.O.P, the song peaked at number one on the Gaon Music Chart, [1] and become one of the best-performing singles of 2011 in their home country.

Following a two-year hiatus where members explored and experimented with different sounds, Big Bang returned to South Korea with their 2011 Big Show concert, [2] showcasing songs from the then-unreleased EP. [3] Though the group's previous extended plays contained songs that were heavily influenced by electronic music, they opted to concentrate more on "warm rock music" for new materials. [4] Released as the lead single, "Tonight" contained a "sophisticated electronic sound" paired with acoustic guitar. [5] The song is "clearly grounded in dance-pop" a genre the quintet is known for. [6] The track is built over "fist-pumping beats and applause", features "heavily autotuned vocals" and concludes "with sudden silence and then picking up again as if returning for an encore." [7]

The music video for "Tonight", filmed in Las Vegas, features the members overlooking the The Strip (left) at night and at the Neon Museum (right).

Billboard noted how "Tonight" was "more nuanced and sophisticated than many of [Big Bang's] previous club anthems," and hailed it "four-minute sonic journey" to one of the group's concerts. The magazine ranked it number ten on their list of Big Bang's must-listen songs. [7] KpopStarz choose it as one of Big Bang's definite songs, [6] while Sun-Times named it one of the group's ten best songs, calling the single a "slick party anthem". [8]

"Tonight" debuted at number two on South Korea's Gaon Digital Chart, at number one on the Download Chart and five on the Streaming Chart. [9] On its second week, the single rose to a peak position atop the Digital [10] and the Streaming charts, while remaining at number one on the Download Chart. [11] Additionally, the single topped the Gaon BGM Chart upon release. [12] By the end of 2011, "Tonight" was the eighth best-performing single of the year in South Korea, [13] with over 2.3 million downloads sold. [14] With over 23 million streams, the song was the tenth most streamed of 2011. [15]

This is the discography of the South Korean girl group f(x). Since debuting in 2009, f(x) has released four full-length albums, two extended plays, one repackaged album, one video album, one Korean physical single and two Japanese physical single. They have also participated in the OSTs of various Korean dramas. Their debut single was "LA chA TA" in 2009.

"Tell Me Goodbye" is a song released by the South Korean boy band Big Bang. It's the group's fourth Japanese single and second single from the album Big Bang 2 (2011). It was released on June 9, 2010. "Tell Me Goodbye" is song in Japanese, with the exception of a few English lines. A Korean version of the song, "Hands Up", was added on the group's fourth Korean extended play Tonight (2011).

This is the discography of the South Korean idol boy group Highlight formerly known as Beast. Beast have been in the music business ever since making their live debut on KBS Music Bank with their debut track, "Bad Girl" on October 16, 2009. They have released five studio albums and thirteen extended plays and have also participated in singing OSTs of various Korean dramas.

The following is the discography of the South Korean K-pop girl group miss A, which consists of two studio albums, three extended plays (EPs) and eight singles. 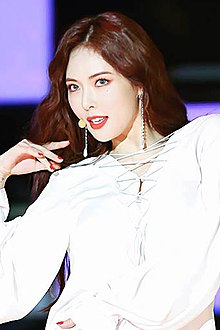 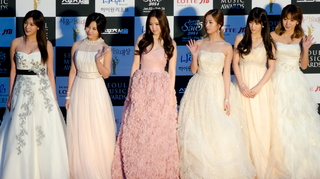 Kim Yeon-ji is a South Korean singer and musical actress. She was the lead vocalist of South Korean vocal group, SeeYa until becoming a solo artist after SeeYa's disbandment in 2011. During her tenure with the group, Kim was noted for her dynamic vocal style and wide vocal range. 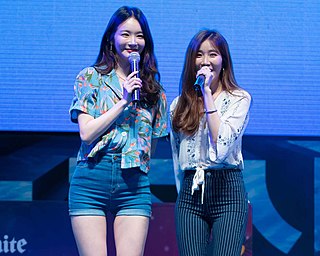 "Monster" is a song recorded by South Korean group Big Bang. It was released on June 3, 2012 by YG Entertainment as the only single from the repackaged version of their extended play Alive, Still Alive. The song was written by group members G-Dragon and T.O.P, and composed by the previous with Choi Pil-kang. "Monster" peaked atop South Korea's Gaon Digital Chart and reached the Top 10 on the Japan Hot 100.

"Ringa Linga" is a song recorded by South Korean singer Taeyang. It was released as a digital single on November 8, 2013 through YG Entertainment. Later, it became the first single to be released from his second studio album Rise (2014). It was written and composed by Big Bang bandmate G-Dragon and Shockbit.

High4 was a South Korean boy band under the management of N.A.P Entertainment. The group consisted of members Alex, Myunghan, and Youngjun. They officially debuted into the Korean entertainment industry on April 8, 2014 with the song "Not Spring, Love, or Cherry Blossoms" featuring IU. On January 31, 2017, it was announced that leader Sunggu would be leaving the group.

"If You" is a song recorded by South Korean boy band Big Bang. It was released digitally on July 1, 2015 by YG Entertainment, as the third single from Made, being included in the single album D. It was written by group member G-Dragon who also produced the song with P.K and Dee.P. "If You" became a chart-topper in South Korea's Gaon Digital Chart, and went on to sell over five million digital units across Asia.

Homme (Korean: 옴므) was a South Korean musical duo. The duo was composed of Lee Hyun and Lee Chang-min. 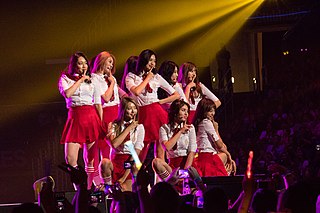 South Korean girl group I.O.I released two extended plays, two single albums and six singles. Formed in 2016 through the survival show Produce 101, I.O.I debuted in May 2016 with the release of their first EP Chrysalis. They disbanded in January 2017.

"Bad Boy" is a single by South Korean boy band Big Bang. It was released on February 29, 2012 by YG Entertainment, as the second single from their EP Alive. The track's R&B and hip hop sound was acclaimed by music critics, that consider it one of Big Bang's best songs. "Bad Boy" peaked at number two on South Korean's Gaon Digital Chart.

"Love Song" is a single by South Korean group Big Bang. It was released on April 8, 2011 by YG Entertainment, as the lead single for their album Big Bang Special Edition (2011), a repackaged version of the extended play (EP) Tonight released earlier on February 23, 2011. The lyrics were written by G-Dragon, T.O.P and Teddy and the music was composed by G-Dragon, Teddy.