"Tonight" is the third proper single from The Big Pink's debut album A Brief History of Love , and their fifth single overall. "Tonight" was released on 7" vinyl and as a digital download on April 26, 2010. The single features a new recording of "Tonight," produced by Paul Epworth (who also receives writing credit on this version of the song), and the band's cover of the Beyoncé song "Sweet Dreams" as the B-side. [1] The single comes packaged in a fold-out sleeve with a coloured elastic band as well.

Following the single's release, a digital download-only EP featuring exclusive remixes by underground DJs and independent artists was made available on the band's website for free. [2]

Lush were an English rock band formed in London in 1987. The original line-up consisted of Miki Berenyi, Emma Anderson, Steve Rippon (bass) and Chris Acland (drums). Phil King replaced Rippon in 1991. They were one of the first bands to have been described with the "shoegazing" label. Following the death of Acland, the group disbanded in 1996. 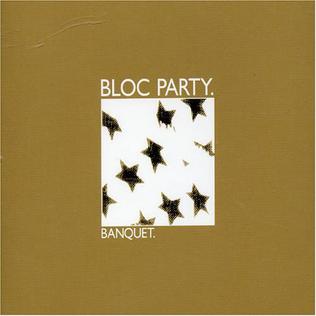 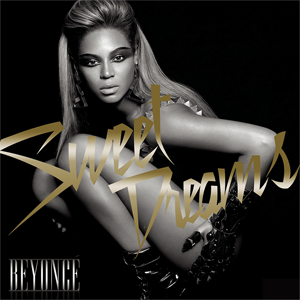 "Sweet Dreams" is a song recorded by American singer Beyoncé from her third studio album I Am... Sasha Fierce (2008). Originally titled "Beautiful Nightmare", it leaked online in March 2008. The song was written and produced by Beyoncé, James Scheffer, Wayne Wilkins, and Rico Love. Columbia Records released "Sweet Dreams", the album's sixth single, to mainstream radio and rhythmic contemporary radio playlists in the United States on June 2, 2009, and elsewhere on July 13. It is an electropop song whose instrumentation includes synthesizers, a keyboard, and snare drums. Knowles employs slinky vocals to sing the haunting lyrics, which describe a romantic relationship that the female protagonist believes could be a dream.

"Skeleton Boy" is the third single by Friendly Fires taken from the band's self-titled debut album Friendly Fires. It was released on March 2, 2009 in the UK, while it was released on March 1, 2009 in the United States. This version of the song was produced by Paul Epworth and was used in the promotional video for the song. This version is different from the version on the album that was produced by singer Ed Macfarlane, in that it is 30 seconds longer than the original version and features an extended instrumental bridge. 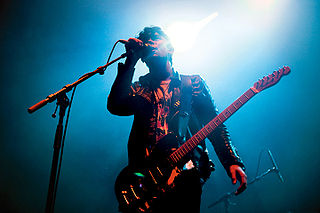 No Sleep Tonight is a song by British post-hardcore band Enter Shikari, taken from their second studio album, Common Dreads. The song was released as a single on 31 July 2009.

"No One's Gonna Love You" is a song by American rock group Band of Horses. It was released in February 2008 as the second single from their second album Cease to Begin. In February 2011, three years after the single's original release, the song charted in Denmark. This was due to the band's performance of the song on the Danish talkshow Det Nye Talkshow - med Anders Lund Madsen. The song reached number 22 in the Danish Charts. The song has been used in several TV programmes, such as Chuck, One Tree Hill and Numb3rs, as well as appearing in the film Zombieland 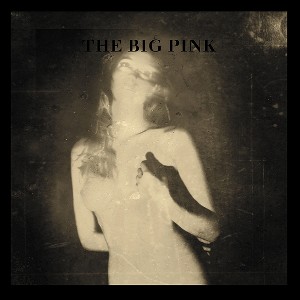 A Brief History of Love is the debut album from British electronic rock duo The Big Pink. The album was released on 14 September 2009 on 4AD. The Big Pink signed with 4AD in February 2009, and won the prestigious NME Philip Hall Radar Award for best new act. The band were also named as "one of the most likely breakout acts of 2009" by the BBC. Prior to the album's release, the band issued three singles: "Too Young to Love"/"Crystal Visions" on the House Anxiety label in October 2008, "Velvet" on 4AD in April 2009, and the non-album track "Stop the World" in June 2009. "Dominos", the album's first proper single and the band's fourth single overall, preceded the album on 7 September. 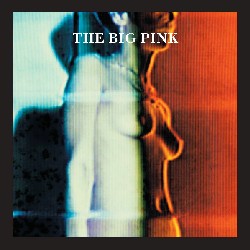 "Dominos" is the first single from The Big Pink's debut album A Brief History of Love. "Dominos" was released as a digital download and on 7" vinyl on September 7, 2009, a week before the release of the album. The song was co-produced by the band and record producer Paul Epworth, and mixed by Rich Costey. In their native United Kingdom, the song peaked on the UK Singles Chart at #27 and #10 on the Irish Singles Chart in the Republic of Ireland. The single's B-side, "She's No Sense", features vocals from Florence Welch of Florence and the Machine.

"Stop the World" is the third single by The Big Pink. "Stop the World" was released as a digital download and on 7" vinyl on 29 June 2009, and is not included on their debut album A Brief History of Love. The song was co-produced by the band and British record producer Paul Epworth, and mixed by Rich Costey. The single also includes an exclusive B-side, titled "Crushed Water."

"Velvet" is the second single by The Big Pink, and their first single with the 4AD label. "Velvet" was released as a digital download and on 7-inch vinyl on April 20, 2009, and was later included on their debut album A Brief History of Love in September 2009. "Velvet" was re-issued as a single on February 15, 2010. The song was self-produced by the band, and mixed by producer Alan Moulder. The 7-inch single features the exclusive B-side "An Introduction to Awareness", while the 12-inch single features a cover version of Otis Redding's 1964 song "These Arms of Mine".

"Too Young to Love" is the debut single by The Big Pink. "Too Young to Love" was released with the double A-side track "Crystal Visions" on 7" vinyl on October 7, 2008, and both tracks were later re-recorded and included on their debut album A Brief History of Love in September 2009. The song was self-produced by the band, and the single was a limited edition pressing of only 500 copies. The sleeve features a homoerotic photograph by Dennis Cooper as its cover. Similarly, a limited edition 12" single for "Too Young to Love," released in Japan only on April 1, 2009, features more of Cooper's photography as its cover. The 12" also features an early version of "Count Backwards from Ten," which was also re-recorded for the debut album, and the exclusive non-album track "With You." 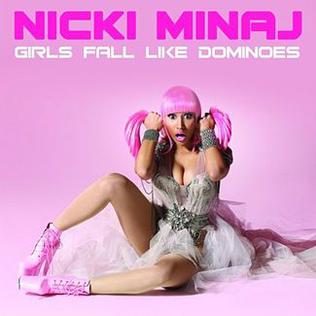 "Girls Fall Like Dominoes" is a song by Trinidadian-American rapper and singer Nicki Minaj. It serves as the seventh single from the Japanese and New Zealand versions of Minaj's debut album Pink Friday (2010). The chorus is sampled from "Dominos", a 2009 single by British indie rock band The Big Pink. "Girls Fall Like Dominoes" was originally released as an iTunes Store bonus track on Minaj's debut album, Pink Friday; however it was released later included on all editions of the album in the United Kingdom on March 11, 2011. The single was released on April 11, 2011 in Australia. It was released on April 15, 2011 as the fourth UK single after "Moment 4 Life". "Girls Fall Like Dominoes" became a top 20 hit in New Zealand, reaching number 13.

oOoOO is a french witch house/chillwave project created by Christopher Dexter Greenspan, currently based in San Francisco. Along with White Ring and Salem, oOoOO is often recognized as a pioneer of the witch house sound. oOoOO's debut release was on Houston-based Disaro Records in January 2010, where he released a six-track CD-R encompassing his then-released work. The CD-R was limited to 100 copies, each with different artwork made by Greenspan himself. In the spring of 2010, tracks "No Shore" and "Cold" were also contributed for a 4-artist compilation cassette on Bathetic Records. oOoOO also contributed the track "Seaww" to a 7" split single with White Ring on Sweden's Emotion Records. oOoOO also contributed a remix of the Lindsay Lohan song "I Live For The Day" to the Lindsay Lohan tribute mixtape Let Me Shine for You, which was released on Tri Angle Records in 2010. His debut EP was released on 12" vinyl on Tri Angle Records in October 2010, and Tri Angle has confirmed future plans for an album. oOoOO's second EP Our Loving is Hurting Us was released on April 10, 2012 via Tri Angle. oOoOO's debut LP, Without Your Love, was released on June 24, 2013 via Nihjgt Feelings – a new label based in Turkey, co-founded by Dexter himself. oOoOO's second LP, Faminine Mystique, was released in 2018 and featured Drab City's bandmate Islamiq Grrrls.

Future This is the second studio album by English electronic rock duo The Big Pink, released on 11 January 2012 by 4AD. The album was preceded by the release of lead single "Stay Gold" on 14 November 2011. 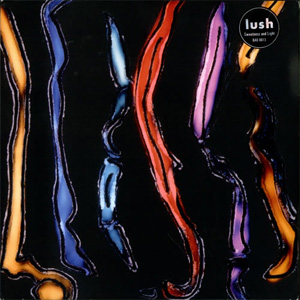 Sweetness and Light is the second extended play by the English alternative rock band Lush. It was released on 15 October 1990 on 4AD. Featuring a less abrasive sound than the band's earlier releases, the title track was also released as Lush's first single and included the B-side "Breeze".

The Church Studios is a recording studio located in a former church in Crouch End, North London, England. It was rented and then owned by Dave Stewart in the 1980s and 1990s, and was used to record Eurythmics' debut album Sweet Dreams. David Gray acquired ownership in 2004 before UK leading music producer Paul Epworth bought and refurbished the studio in 2013. It has since been used by notable artists such as Adele, Beyoncé, Mumford & Sons, James Bay and George five.