Tonkatsu DJ Agetarō (とんかつDJアゲ太郎) is a Japanese manga series written by yipiao and illustrated by Yūjirō Koyama. It has been serialized online via Shueisha's digital publication Shōnen Jump+ since November 2014, and is also serialized in Shueisha's fashion magazine Men's Non-no . It has been collected in ten tankōbon volumes. A 12-episode anime television series adaptation directed by Akitaro Daichi and animated at Studio Deen aired between April 10 and June 26, 2016. [2] [3]

A live-action film adaptation was originally scheduled to release on June 19, 2020, [4] but has been postponed due to the COVID-19 pandemic. [5]

Akitaro Daichi is an anime director, producer and photography director.

Golden Boy is a Japanese comedy manga series written and illustrated by Tatsuya Egawa about a 25-year-old freeter, pervert, and "travelling student" named Kintaro Oe. The manga was originally serialized in Shueisha's Super Jump starting in 1992, with the first collected volume released the following year. Parts of the manga were adapted into a six-episode original video animation (OVA) series produced by Shueisha and KSS in 1995, which was subsequently released through ADV Films in North America in December 1996. ADV's license of the series expired in 2007, however in November 2007, Media Blasters acquired the license to it. Media Blasters has confirmed that the dub produced by ADV was kept. In 2012, Media Blasters lost the Golden Boy license and the license was acquired by Discotek Media.

Bootleg is a 2002 miniseries for children, commissioned by the BBC and based on a book of the same name by Alex Shearer. It was shown as a three-part series in the UK, with subsequent broadcasts in Australia and all over the world.

Kenjiro Tsuda is a Japanese actor, voice actor, narrator, and film director. He works at Amuleto. Some of his roles as a voice actor: Seto Kaiba in Yu-Gi-Oh!, Sadahara Inui in Shin Tennis no Ouji-sama, Kazama Chikage in Hakuoki, Mikoto Suoh and Gouki Zenjou in K Project, Fire Emblem in Tiger & Bunny, Nicolas Brown in Gangsta, Doug Horbat in Juushinki Pandora, Atomic Samurai in One-Punch Man, Overhaul in My Hero Academia, Matoba Kei in Cop Craft, Lero Ro in Tower of God, Shiori Ichinose in Tokunana, Nino in ACCA, Hakuto Kunai in Maou-sama, Retry!, Akihito Narihisago/Sakaido in ID:INVADED, Manji in Mugen no Juunin and Nanami Kento in Jujutsu Kaisen.

Strobe Edge is a Japanese manga series written and illustrated by Io Sakisaka. It began serialization in 2007 in the shōjo manga magazine Bessatsu Margaret and ended in 2010. The chapters are collected and bound in tankōbon format by Shueisha under the Margaret Comics label. The manga is licensed in North America by Viz Media with its first volume released in November 2012. A live-action film adaptation had its theatrical release on March 14, 2015.

Mōretsu Atarō is a gag manga by Fujio Akatsuka. It was serialized from 1967 to 1970 in Weekly Shōnen Sunday. Two anime adaptations were produced for TV Asahi.

Daiki Yamashita is a Japanese voice actor from Shizuoka Prefecture, Japan. He is affiliated with Arts Vision. He won the Best Male Newcomer award at the 8th Seiyu Awards in 2014.

Kare Baka: Wagahai no Kare wa Baka de R is a Japanese gag manga series, written by Masahiro Totsuka and with art by Saki Azumi, serialized in Hakusensha's seinen manga magazine Young Animal Island. It was previously serialized in the same magazine under the title Wagahai no Kare wa Baka de Aru (吾輩ノ彼ハ馬鹿である) between 2012 and 2014, which was collected in two tankōbon volumes. A web anime series adaptation has been announced. The anime is directed by Akiko Seki with character designs by Erina Kojima and produced by Sakura Create. Online manga website Young Animal Densi in which Hakusensha simultaneously published the manga, began streaming the first two episodes of the anime on October 16, 2015. 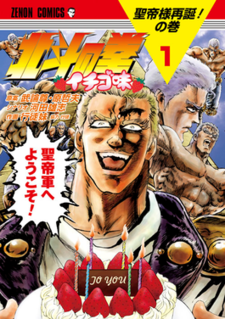 2.43: Seiin High School Boys Volleyball Team is a Japanese volleyball light novel series written by Yukako Kabei and illustrated by Aiji Yamakawa. Shueisha have published five volumes in three seasons since March 2015 under their Shueisha Bunko imprint. A manga adaptation with art by Yamakawa has been serialized in Shueisha's josei manga magazine Cocohana since July 2018. An anime television series adaptation by David Production premiered on January 8, 2021 on the NoitaminA block.

Major 2nd is a Japanese sports manga series written and illustrated by Takuya Mitsuda. It is a sequel of the original manga Major. It has been serialized in Weekly Shōnen Sunday since March 2015. 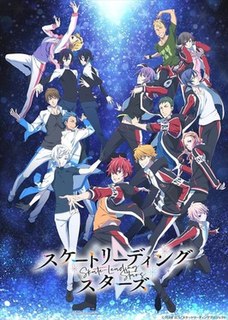 Skate-Leading☆Stars is an original Japanese anime television series produced by J.C.Staff, created by Gorō Taniguchi, and directed by Toshinori Fukushima. The series premiered on January 10, 2021. 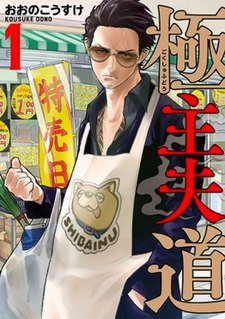 The Way of the Househusband is a Japanese manga series written and illustrated by Kousuke Oono. Published in the online manga magazine KurageBunch since 2018, The Way of the Househusband follows an ex-yakuza boss who retires from crime to become a househusband. The series was adapted into a live-action television drama by Nippon TV in 2020, and will be adapted into a Netflix original net animation (ONA) anime series produced by J.C.Staff set for a 2021 premiere. 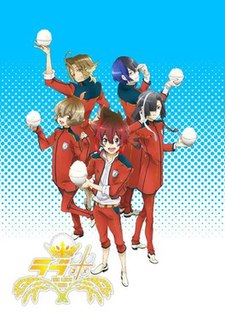 Love Kome: We Love Rice is a Japanese anime television series animated by Encourage Films. The series premiered it first season on April 5, 2017, with the second season started airing on October 5, 2017.

Bōkyaku Battery is a Japanese baseball manga series written and illustrated by Eko Mikawa. It has been serialized via Shueisha's online manga app Shōnen Jump+ since April 2018 and has been collected in eight tankōbon volumes as of September 2020. An original net animation (ONA) adaptation by MAPPA was streamed in October 2020 as part of the Jump Special Anime Festa 2021 online event.

Isobe Isobē Monogatari: Ukiyo wa Tsurai yo is a Japanese manga series written and illustrated by Ryō Nakama. A number of one-shot chapters were published in Shueisha's Weekly Shōnen Jump from May to August 2013 before being serialized in the same magazine from October 2013 to October 2017. Its chapters were collected in sixteen tankōbon volumes. 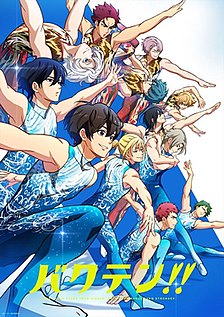 Bakuten!! is an upcoming original Japanese anime television series animated by Zexcs, directed by Toshimasa Kuroyanagi and written by Toshizo Nemoto. Original character designs are provided by Robico, the author of My Little Monster, while Yūki Shibata adapts the designs for animation. Yuki Hayashi is composing the series' music. The series is part of the "Zutto Ōen Project 2011 + 10...", commemorating the 10th anniversary of the 2011 Tōhoku earthquake and tsunami. It is scheduled to premiere on Fuji TV's Noitamina programming block in April 2021. Centimillimental will perform the series' opening theme song "Seishun no Enbu".