In 1959, Ralph Tonkin established a laboratory testing and engineering consulting company Geotechnics Ltd, with technical input from Professor Peter Taylor of University of Auckland. In 1961, Ralph Tonkin and Don Taylor formed a partnership named Tonkin & Taylor. [3] The partnership was active in many engineering projects in New Zealand and Asia, and founded an office in Malaysia in the 1970s.

In 1981, the partnership was restructured into a limited liability company, which has grown into an employee owned company. [4]

Downer Group is an integrated services company active in Australia and New Zealand.

Sinclair Knight Merz (SKM) was a private Australian company operating across Asia Pacific, the Americas, Europe, the Middle East and Africa. The company had global capability in strategic consulting, engineering and project delivery.

Vodafone Events Centre is a multi-purpose event centre located in Manukau, Auckland, New Zealand, with an indoor arena, theatre and meeting halls hosting community, cultural and sports events, concerts and plays, exhibits, trade fairs and expos, corporate functions, meetings, weddings and other special events. The event centre has cost an estimated NZ$ 48.7 million, of which somewhat less than half came from Manukau City Council. The naming rights sponsor was TelstraClear. but after it was purchased by Vodafone New Zealand, the center was subsequently renamed.

The Northern Busway is a segregated busway that runs along the eastern side of the Northern Motorway, part of State Highway 1, in the north of Auckland, New Zealand, linking the North Shore with the northern end of the Auckland Harbour Bridge. The busway consists of two-way lanes running between Constellation Station and Akoranga Station, and from Akoranga Station a southbound-only lane that joins the harbour bridge approaches just south of the Onewa Road on-ramp system.

The Upper Harbour Bridge is a motorway bridge in west Auckland, New Zealand. It is technically two bridges, spanning an upper reach of the Waitematā Harbour, and connecting Hobsonville and Greenhithe. It is an important connection for State Highway 18, and became even more important as a component of the Western Ring Route when the route was completed on 2 July 2017.

The Newmarket Viaduct, sometimes considered 'one of the most distinctive engineering features' of New Zealand, is a seven-lane state highway viaduct in Auckland, the country's largest city. Carrying the Southern Motorway over the Newmarket suburb area southeast of the CBD of the city, the 700 m long viaduct is up to 20 m high in places.

The Association of Consulting Engineers New Zealand (ACENZ) is New Zealand's main business association representing engineers providing consultancy services in a wide range of disciplines. It was founded in 1959 as the consulting division of IPENZ, though it has been a separate entity since 1970.

Mudcrete is a structural material made by mixing mud with sand and concrete/cement. It is used as a cheaper and more sustainable alternative to rock fill. It is also used in such projects as land reclamation. 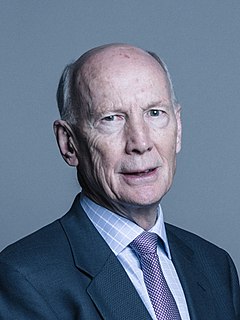 Robert James Mair, Baron Mair, is a geotechnical engineer and Emeritus Sir Kirby Laing Professor of Civil Engineering and Director of Research at the University of Cambridge. He is Head of the Cambridge Centre for Smart Infrastructure and Construction (CSIC). He was Master of Jesus College, Cambridge, from 2001 to 2011 and a Fellow of St John's College, Cambridge from 1998 to 2001. In 2014 he was elected a vice president of the Institution of Civil Engineers and on 1 November 2017 became the Institution's president for 2017–18, its 200th anniversary year. He was appointed an independent crossbencher in the House of Lords in 2015 and is currently a member of its Select Committee on Science and Technology.

WSP New Zealand Ltd is a global engineering professional services consulting firm based in New Zealand and owned by Canadian multinational WSP Global. Until October 2019 it traded as WSP Opus.

Minconsult is a private limited engineering consultancy in Malaysia. Founded in 1962, the company specialises in multi-disciplinary engineering and project management. Capable of providing a wide range of engineering consultancy services in the civil & structural, mechanical, electrical, petrochemical and environmental fields. Minconsult have since established foreign offices in Pakistan, Australia, Kazakshtan and Bangladesh.

Dr. Daniella Abreu, is a Brazilian civil engineer and entrepreneur. She was sustainability manager for international infrastructure and building projects in Europe, USA and Latin America at the Swedish multinational construction and development company Skanska. In 2013 she founded Sustainpolis.

McConnell Dowell is a major infrastructure construction company founded in New Zealand in 1961. In 2003 it became a wholly owned subsidiary of Aveng, which is listed on the Johannesburg Stock Exchange in South Africa.

Fergusson Bridge is a pre-cast, prestressed concrete bridge in Cambridge, New Zealand, spanning the Waikato River. It cost £41,000, was designed by North, Swarbrick, Mills & Westwood and opened in 1964. It was named after Governor-General Sir Bernard Fergusson.